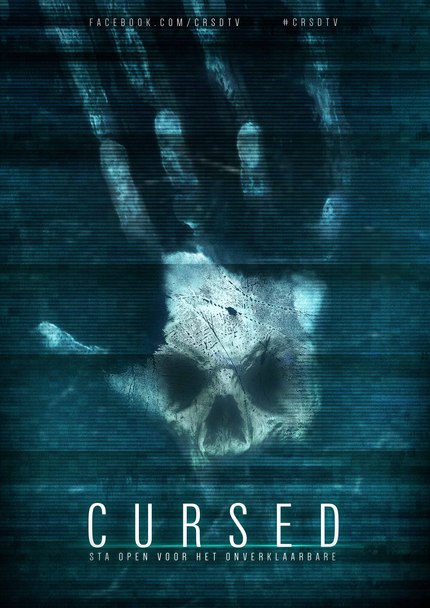 Watch out Amsterdam, there's something evil in your future.

Dutch production house Pellicola - part of the production team on Frankenstein's Army - are deep in development on a new television series titled Cursed, a project they describe as a mix of The Twilight Zone and Paranormal Activity. An anthology series with each episode telling a different story, Cursed revolves around revolves around regular people coming into contact with paranormal phenomena and winding up cursed.

As part of the development process producer-director Nick Jongerius has already shot a pair of short films titled Selfie and RedRoom designed to establish the look and feel of the series and they have released trailers for each of those shorts along with an overall trailer for the series itself. Check the synopses of each episode below and the trailers below that.

Selfie: Iris, a girl of 18 years old, is regularly harassed by a ghost. No one believes her and everybody thinks she's saying this to get extra attention. Desperately, she decides to film herself to gather evidence to prove she is right.

RedRoom: Marc is an IT student who has an obsession. He wants to know the truth of an urban legend that circulates on the web. Somewhere on some obscure Asian websites there is a killer pop-up under the name The Red Room banner. If you click on it you will die a horrible death.

Cursed - teaser trailer US/ UK from Pellicola BV on Vimeo.