Rialto Pictures To Release GODZILLA: THE JAPANESE ORIGINAL In April 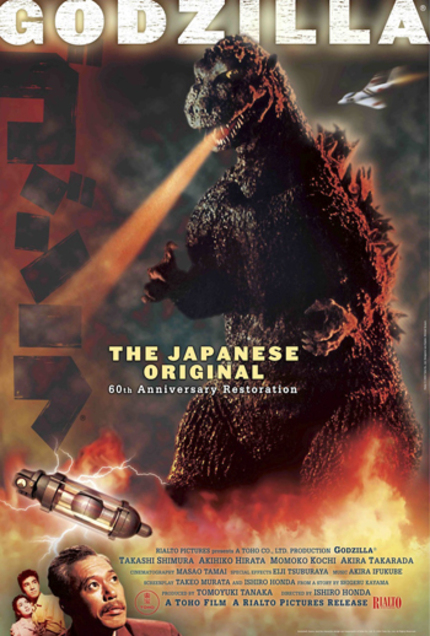 On its 60th anniversary Rialto Pictures will debut a new restoration of the uncut version of Honda Ishirô's landmark 1954 monster movie, Godzilla. Under the new title of Godzilla: The Japanese Original Rialto will debut the film at the TCM Classic Film Festival on April 12th. Then the film will start to screen around America starting in New York at Film Forum from the 18th through the 24th.

The original GODZILLA holds up as one of the greatest science fiction/monster films ever made, boasting still-impressive special effects, as the radiation-breathing prehistoric monster, awakened after millennia by Hydrogen Bomb testing - and impervious to repeated shelling by the Japanese army - wreaks destruction on Tokyo.

The original film was chopped and butchered before it screened in America under the title Godzilla: King of the Monsters two years later in 1956. Raymond Burr was inserted as the protagonist and only an hour of the original 98 minute run time was used. And any remaining Japanese speaking roles were dubbed over. Rialto promises the complete version with no dubbing and any cutting of the original material and theme. 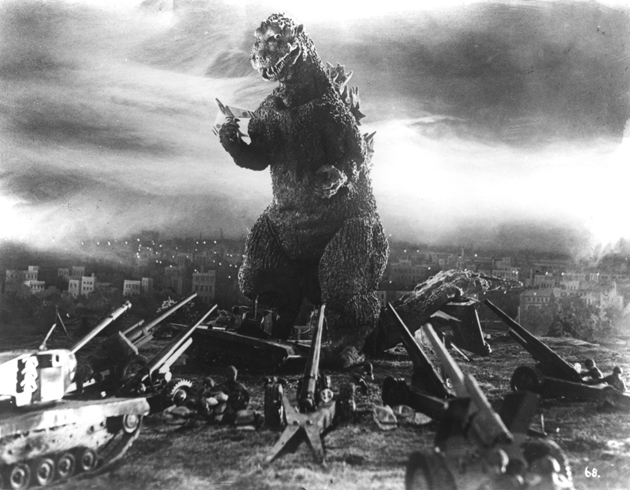 Do you feel this content is inappropriate or infringes upon your rights? Click here to report it, or see our DMCA policy.
60th AnniversaryGodzillaRestoredThe Japanese Original

More about Godzilla: The Japanese Original

This film has been in nearly constant circulation for quite a number of years, and is of course already on BD / DVD in the US from Criterion. I think they keep re-using the same press release.

Yep...they actually did a theatrical release of the original Japanese version, restored, back in 2005, I believe, before Classic Media released their DVD.

It is a great movie. I can hardly wait to see it on the big screen.

Crowdfund This: More From Phil Mucci's Professor Dario Brava, The Occult Activity Book (and Spirit Board!)