Rotterdam 2014 Review: IN DARKNESS WE FALL Does Not Stumble 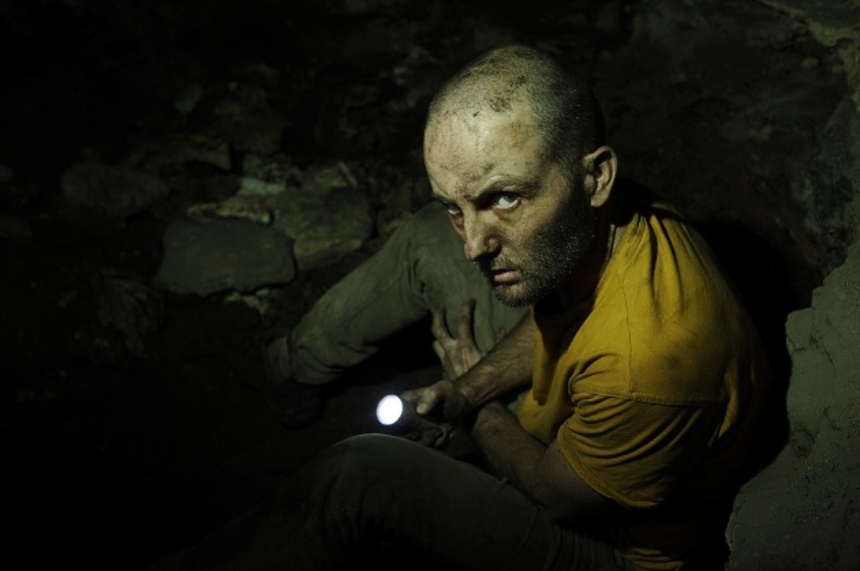 (In a cave, everyone can hear you scream...)

While there is generally a dearth of genre films at the International Film Festival Rotterdam, on occasion we do get the odd treat or two. This year the festival had a bona-fide World Premiere with the Spanish horror-thriller La Cueva ("The Cave"), which has a somewhat more original title in English with In Darkness We Fall. Spain has both a long history of genre cinema, as well as a constant recent trickle of great titles. Time will tell if this is one of them, but it sure is too well-made to simply disregard.

In Darkness We Fall starts off easy. We see self-shot camera footage of five friends going on a holiday on a small, uninhabited island. They are not teenagers anymore but obviously feel the need to behave like they are: they wreck stuff, get drunk, try to out-embarrass one another in public at the airport... basically they are being pretty obnoxious.

When they get to their destination and tents have been set up, the boozing and screwing around continues, until on the second day a cave is discovered. It's an ugly, narrow, hot, dirty cave, and they are hungover from the previous night, but driven by misguided peer pressure they all venture inside anyway. Unfortunately, they go in just a bit further than would be wise, of course, and when they retrace their footsteps they turn out to be lost.

Without food or water, already pretty dehydrated, and with dwindling flashlights, the group loses morale fast. Soon after, cracks appear in the relationships. And as they encounter dead end after dead end, more extreme survival plans start getting thought up...

Once upon a long time ago, we had The Blair Witch Project, a film featuring a cheap, easily imitable gimmick: the "found footage" conceit. It was cool, it was scary, and it made gazillions of dollars.

Because of all this, everyone and his mother started making their own "found footage horror masterpiece" and people got sick of them, often literally because of the shaky-cam effect. Still, some films turned out pretty damn awesome, most notably Spain's own [Rec*] series. 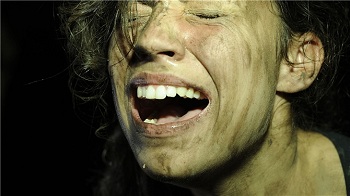 With this in mind, it is surprising we haven't seen a dozen films like In Darkness We Fall appear years ago already. Caves were considered "hot" in horror for a while, so why not shoot a found-footage film about a bunch of stupid tourists going into a cave with a camera, only to get lost and increasingly desperate?

The simplicity of this concept is both the film's strength and its weakness. It's a good idea, and the claustrophobia inherent in the location will bring the horror all by itself. The film is also pretty well-acted, and annoying fake scares actually make sense for once, because these are very annoying people. On the downside, for most of the time In Darkness We Fall plays out exactly as you'd guess it would.

I mean, it's hard to come up with something surprising here. Will they encounter a monster? Die in a cave-in? Become Cannibal Humanoid Underground Dwellers? There are only so many things you can throw in after a certain point. Thankfully, when you stop expecting it, writer-director Alfredo Montero suddenly switches gears, and manages to throw in a most welcome original surprise. Because of this, the film's finale turns up the tension considerably, making it a white-knuckled affair indeed.

In Darkness We Fall is not a classic, but the film's impressive, strong third act ensures it will have its fans. Warts and all, this is a quite enjoyable entry in the found-footage catalog, and I have a hunch we'll hear more from Alfredo Montero in the future.

Audiences at the IFFR appreciated the film as well, and awarded it a rating of 3.9 (out of 5). 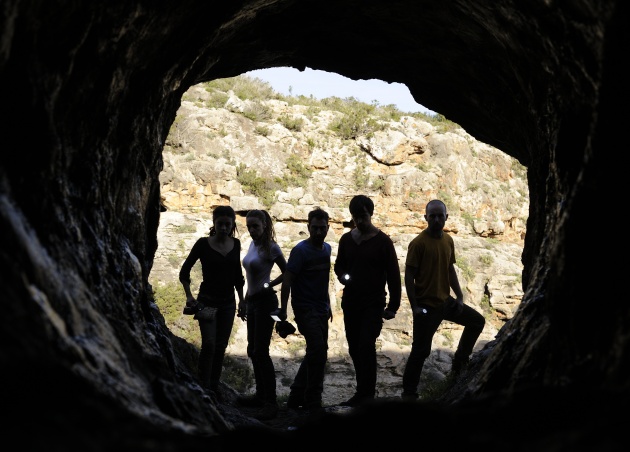