Bullets, Blades And Fists Fly In The Trailer For James Lee's SECOND LIFE 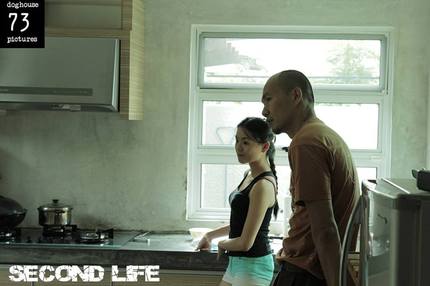 Maylasia's James Lee doesn't appear to know how to take a break. Hugely prolific, with his work crossing multiple genre boundaries with his career bouncing back and forth between indie and studio work, Lee has taken a step back from features of late but that doesn't mean he's not still working at his customary pace. Nope, it's just that now he's focusing on a series of ultra low budget shorts films that he's releasing for free on his YouTube channel as a sort of exercise to prove to the local industry that there's more than one way to do things. And the results have been interesting.

Take, for example, his latest offering, the trailer for an action short film titled Second Life. Yes, the budget limits are there on screen should you choose to focus on them. And what's also there is a director who has obviously learned a thing or two about how to shoot action over his past few studio projects teamed up with a top notch fight choreography team. The YouTube post notes that if they get enough likes they'll be aiming to expand the short film into a feature and you can very much count me among those who'd like to see that happen. Take a look at the trailer below.

Do you feel this content is inappropriate or infringes upon your rights? Click here to report it, or see our DMCA policy.
actionjames leemalaysiamartial artssecond lifetrailer