Review: THE LEGEND OF HERCULES, All Bow Down To King Scott Adkins 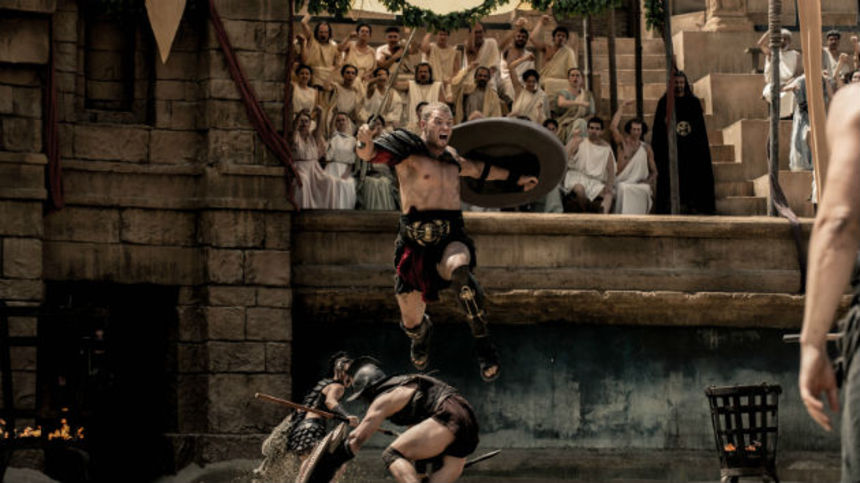 Scott Adkins out-fights, out-glowers, and out-growls everyone else with whom he shares a scene in Renny Harlin's The Legend of Hercules. That poses a challenge, because Scott Adkins is not playing Hercules, the half-breed son of Zeus.

Instead, the mild-mannered Kellan Lutz smiles bashfully, squints manfully, and yells as loud as he can while he battles in slow-motion against all manner of men and computer-generated pixels. From a visual standpoint, Lutz fits the role of the Greek mythological hero at the age of 20. He is a splendid physical specimen, which is a good thing, since his chest remains bared during most of the movie.

Alcides, as he is called by everyone, meekly accepts his subordinate place in the kingdom ruled by King Amphitryon (Scott Adkins), recognizing that his sneering, insecure, possibly cowardly older brother Iphicles (Liam Garrigan) is heir to the throne. He doesn't even raise an objection when Iphicles claims credit for killing the fearsome Nemean Lion. But he's none too happy at the prospect of his beloved Hebe (Gaia Weiss), princess of Crete, being given in marriage to Iphicles in order to secure an alliance between the two kingdoms, especially when King Amphitryon orders him to military service in Egypt.

After fighting a battle in the desert and surviving gladiatorial servitude, Alcides learns of his true nature and his real name; his mother, Queen Alcmene (Roxanne McKee, in a strong performance), kept the truth from him in order to protect him. Eventually he rises up to become a mighty warrior in behalf of his people against the evil King Amphitryon, a despot who is defined by his angry glare. The storyline, as crafted by Harlin and several other writers, is charged with establishing a framework for the action sequences, which are mounted so as to showcase Lutz's dreamy musculature as he flies through the air in Zack Snyder-style stop-and-go motion, stabbing opponents with the greatest of ease.

The fight scenes are filmed so as to ensure a PG-13 rating in the U.S., which means bloodshed is not evident after sharp objects are inserted into soft flesh; warriors crumple to the ground and there is no lingering on the violence. That's not a major stumbling block, because Harlin and his editor Vincent Tabaillon keep the action snappy; the emphasis is not on the dead bodies but on the growing legend of Hercules as an invincible fighter.

Unfortunately, that brings things back around to Kellan Lutz's limitations as an actor. Even though this is an origin story for Hercules, the young man still needs to hold the promise of something more, and be able to communicate a sense of that potential, that this is a creature who is about to burst forth with a series of amazing accomplishments. 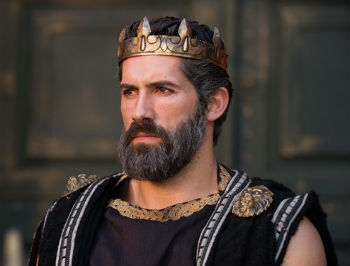 Surrounded by a tornado of action and flocks of extras and a very game supporting cast and all the whiz-bang that Harlin can throw at the screen, Lutz comes across as a hero only be default, a good-looking guy who is in over his head. Frankly, he doesn't come across as the sharpest tool in the shed, and even his supposedly passionate love scenes with the lovely Gaia Weiss look a bit too sibling-esque to convey any heat.

By taking a serious tone and aiming the material at a broad, family-friendly audience, Harlin and company evidently sought to create a classic, heroic tale. Instead, I kept wishing that the movie would magically transform into The Legend of Evil King Amphitryon and How He Easily Dispatched Young Hercules and Ruled Forever and Ever. Alas, 'twas not to be.

The film opens wide across the U.S. on Friday, January 10, and in Canada on Friday, February 7. Visit the official site for more information.

Do you feel this content is inappropriate or infringes upon your rights? Click here to report it, or see our DMCA policy.
HerculesKellan LutzRenny HarlinScott Adkins