Which HERCULES Is This? THE LEGEND BEGINS Trailer 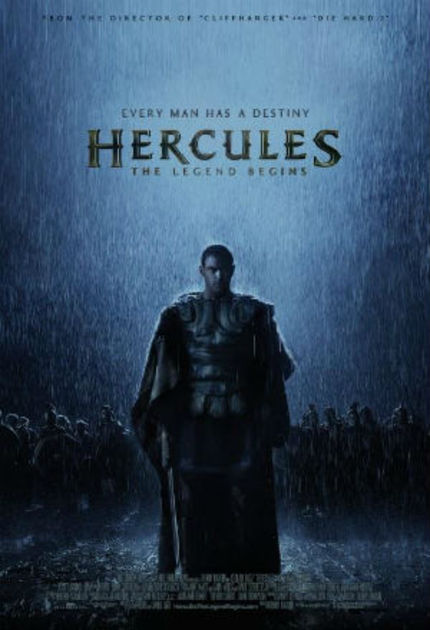 The movie formerly known as Hercules 3D has been rechristened Hercules: The Legend Begins, though a brand new trailer does little to distinguish it.

Kellan Lutz stars as the titular -- and taciturn, apparently -- character, the half-god, half-man whose origin story will be told. The great Scott Adkins also stars, along with Liam McIntyre, from TV's Spartacus. Renny Harlin directed; the trailer drenches the action in color tinting that's strongly reminiscent of Zack Snyder's 300, a notion that's reinforced with the extreme slow-motion jabs and thrusts.

This is one of two Hercules movies due out next year. The other one stars Dwayne Johnson and is directed by Brett Ratner, and reportedly has a much bigger budget, but obviously that's no guarantee of success. Last year, the lower-budgeted 'president in peril' flick Olympus Has Fallen got into theaters a few months before the similar White House Down and took the lion's share of the box office market for presidential thrillers.

That could happen again. While the other Hercules is aiming for a July 25 release, Hercules: The Legend Begins is hustling to get into theaters on January 10.

Do you feel this content is inappropriate or infringes upon your rights? Click here to report it, or see our DMCA policy.
HerculesKellan LutzRenny HarlinScott Adkins