Rebels With A Cause: Looking Back On Slamdance's First 20 Years 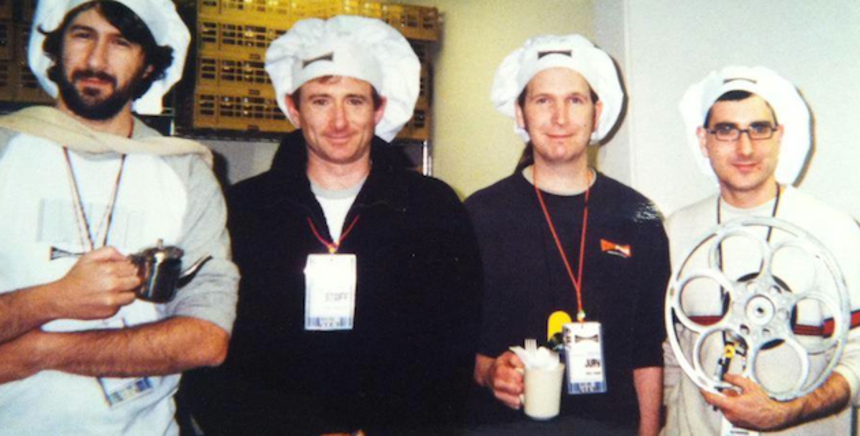 Salt Lake City, Utah -- 1995. A group of young filmmakers don't get their features into Sundance. That's the line we've heard countless times before. Rejection, dejection, deflation... where's a guiding light? Where to go? So much hard work after so much hard work and for what? Well, for Peter Baxter, Dan Mirvish, Paul Rachman, Jon Fitzgerald and Shane Kuhn, plus a handful of other co-conspirators that showed up in the city up the road from the home of Sundance in Park City, they had something... with stacks of reels, their cherished finished films, a hope and an idea: "Anarchy in Utah", a new film festival that championed the DIY gumption the American Indie scene had been built on. Their fate was in their own hands, and they had a direction.

20 years in and Baxter has the title of president of the fest. He helps oversee year long operations from the Slam offices in Los Angeles. "My job now is that I've gotten very good at  herding cats," he so affectionately calls it. Leading up to our travels to Park City, Baxter and I catch up over the phone. For me it will be my only second time in Park City. For Baxter, it will be yet another return to a second home.

"I remember arriving late that first day in Salt Lake," Baxter recalls fondly of the first edition of the festival that would eventually be known as Slamdance. "We had just finished the film I produced called Loser. We were all exhausted. But here we were having traveled in a van from Los Angeles to Salt Lake, feeling good that we had these cans full of film. We were satisfied that we had completed it. We had managed to strike a print. So I was just excited to show our film at this new event. But in doing something new as a process we were hoping that we'd have an audience for something which was, at the time, sort of against the grain."

A sense of family and community has become the backbone of Slamdance, and it was there, in its own way, from day one.

"Twenty-three people were absolutely packed into this one condo. We had filmmakers sleeping under our kitchen table... anywhere. And in another sense it was chaos since we didn't have a clue how to organize a film festival, because most of us had never even been to one, let alone organize one. But through all of it there was this great excitement of being together and supporting our films and one another. There was a great spirit about that."

"The next day was our first festival day and we had this rude awakening. I think the first film that went through the projector got chewed up, the audience hadn't really turned up. And we were surprised as we thought a young audience would gravitate towards our films. But we hadn't yet realized the natural fact that the Salt Lake location was just too far away from Park City, and that was despite getting a front page story in Variety."

Properly promoting oneself and one's venture is certainly a trick, but together, Baxter and co. learned the hard lessons. And rather quickly, or at least quickly enough to be of benefit, to give them some momentum... actually straight to Park City.

"Lise Raven, who had her first film Low in the fest, found a room at Prospector Place in Park City. Her husband was a projectionist. He and Lise managed to get a 16mm projector and hire this room. And so Low was the first Slamdance screening in Park City." 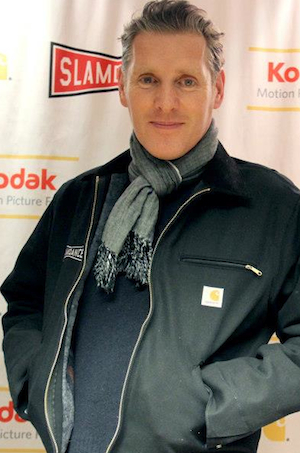 With the projector in Salt Lake on the fritz, the filmmakers made a proper exodus from Salt Lake up to Park City. "We were still in fax mode back in those days, so communication during this transfer was tricky. As the hours and days wore on we got better at supporting each other. You could sort of see the rise of attention that we were getting through organizing ourselves as we were going along. By the end of the festival we had some good turn outs. People were noticing our films and talking, getting good reactions. Some of the films even eventually got distribution through them being at the festival. So in the end we felt that first year was successful. We may have been absolutely exhausted from the experience but we had made life long friends, and some of us then even decided that we were work together making films, and of course forming Slamdance proper."

In 1996, the band of filmmakers-turned-festival-runners returned to Park City, utilizing the Yarrow (now one of Sundance's premiere venues), as home base. Dire days laid ahead when the projector they had purchased broke down, and the projectionist had a heart attack. "We were left to learn how to operate a 35mm on our own." Oh, and with some assistance from one Mr. Steven Soderbergh. "I remember Dan getting electrocuted as he was trying to fix the projector. He had to hand the screwdriver over to Steven who put it in the right hole and got it fired up. The mid 90s were a very important time in independent film. It was very much like forming a band, you could do that in your garage. These kinds of films like El Mariachi and Clerks had been sort of romanticized by the press, and you could see that there'd would be an increasing amount and variety of emerging filmmakers, and their had to be a place for them."

By 1998, the group realized that to make this a viable and long term community that past filmmakers should be in charge of the programming, and the adage "By Filmmakers For Filmmakers" was born.

In the following years filmmakers-turned-festival-programmers would discover or help usher in the first time works from such names as Christopher Nolan, Lena Dunham and Bein Zeitlin.
With such staunch supporters as Roger Ebert, the festival's status as an important venue for indie film was growing, and in 2006 its reputation in the industry at large was solidified proper when Oren Peli came to the Main Street with a little ghost story he had made for $10,000. By the end of the festival Paramount had purchased Paranormal Activity, and well, the rest is history.

20 years on and Slamdance is still considered something of an the upstart in Park City. Be that a good thing or bad will probably change depending on who you talk to. But it is undeniable that the fest's growth in scope and passion and commitment to first time filmmakers and ultra low budget projects has made it one of the premiere places to jump start your career.

After all, as Baxter says "that DIY spirit is alive and kicking. It's the life blood of Slamdance really. We've become more organized and practiced, but that thread has always been there, and I hope it just gets stronger as the years go by. This is a small arts democracy, and it is really challenging to run one, because as soon as you think you've made this level playing field, someone will say something and upset that balance, but you have to listen to them! They have a very important point of view, and the reason being is that they are a member of your community. In the end we know that this is the way to create the best program that we can think of for emerging filmmakers."

This Saturday at the top of the hill in snowy Park City, Baxter will be presenting Slamdance's first Founders Award to none other than Christopher Nolan. For a festival that started off with a broken projector, it's sure clear that there dreams were never broken, for it is truly and readily clear that Slamdance is now an old pro at all this. An old pro with the verve of youth, alive and kicking, and, of course, doing it DIY.

The 20th Slamdance Film Festival begins tonight with Bill Plympton's Cheatin', and continues on through snow and ice, and projected light and shadow, til January 23rd.

Do you feel this content is inappropriate or infringes upon your rights? Click here to report it, or see our DMCA policy.
christopher nolandan mirvishpaul rachmanpeter baxterslamdance