New BLUE RUIN Trailer: The One With The Gun Gets To Tell The Truth 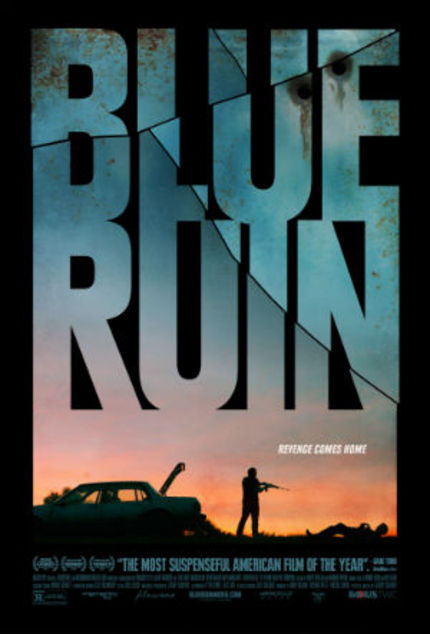 A bruising tale of single-minded intensity, Blue Ruin tore up the festival circuit last year and is heading for release in theatres and On Demand in the U.S. on April 25, 2014.

As the official synopsis puts it, the film "follows a mysterious outsider whose quiet life is turned upside down when he returns to his childhood home to carry out an act of vengeance. Proving himself an amateur assassin, he winds up in a brutal fight to protect his estranged family." Mason Blair embodies the "mysterious outsider" with blunt force but also a haunting, weary, and ultimately poignant despair. Blue Ruin accumulates in power as it hurtles toward a devastating climax.

Our own Brian Clark saw the film when it played at the Cannes Film Festival and wrote in part:


One of the great pleasures of the film is it's sly sense of surprise. By about twenty minutes in, it's difficult to figure out where the film is going, what it's trying to say or what to expect next, and, besides one leap of logic, it's all incredibly smart. It is also violent, hilarious, very suspenseful and best of all, humane and thought-provoking.

The new poster conveys some of the film's spirit, as does the excellent, evocative new trailer, which you can watch below.