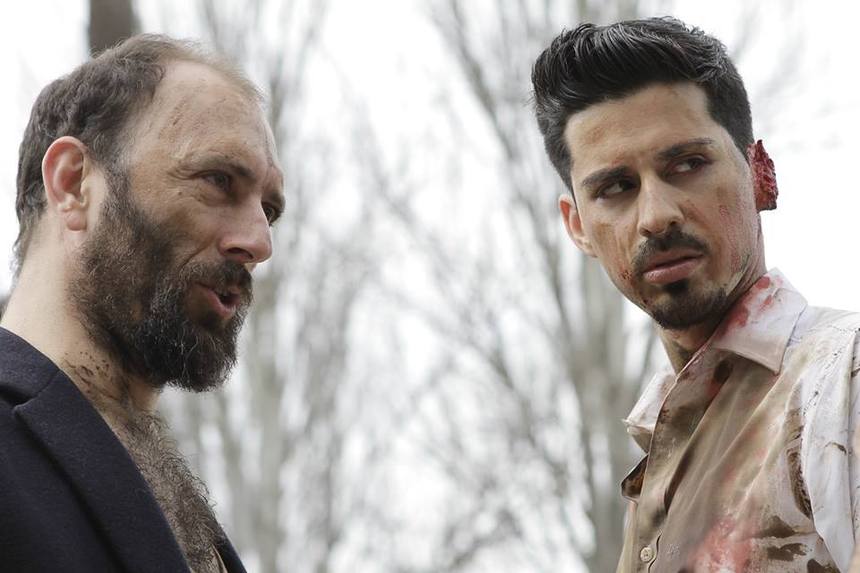 It was back in October that we first brought word of upcoming Brazilian-Argentinian co-production Jorge And Alberto vs The Neoliberal Demons. Backed by the Brazilian genre festival Fantaspoa the horror comedy is directed by Argentina's Quintana Brothers from a script co-written by La Memoria Del Muerto director Javier Diment, who also stars.

Jorge (Gonzalo Quintana) and Alberto (Valentín Javier Diment) are two sorcerers that live in Buenos Aires. Jorge works as an assistant in a courtroom and Albertos glory days are long passed him. Everything indicates that the eclipses of Saturn will bring bad luck and, just before that, they are visited by the president of Argentina, who puts them on a dangerous mission: rescue her daughter from the hands of the Judge Fayó and stop him from performing the ritual that would make the neoliberals triumph over the world. The ritual is underway, the demons are attacking and Jorge and Alberto are the only ones capable of saving the republic and the president's daughter before the clock strikes midnight.

The first trailer for this one is freshly arrived and it's looking good. Take a look below.

Do you feel this content is inappropriate or infringes upon your rights? Click here to report it, or see our DMCA policy.
fantaspoajavier dimentjorge and albertoneoliberal demonsquintana brotherstrailer

More about Jorge And Alberto vs The Neoliberal Demons