William Friedkin's SORCERER Celebrated In Paris Before Its Worldwide Release 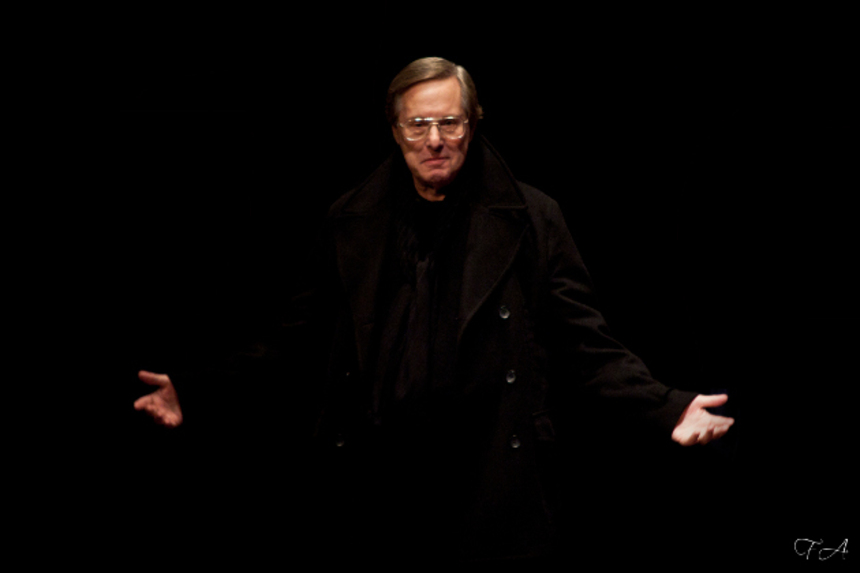 A few months after its world premiere at the Venice Film Festival, the restored version of William Friedkin's resurrected masterpiece Sorcerer was screened in Paris  at La Cinémathèque Française as  the opening film of the 2nd edition of 'Toute la Mémoire du Monde', an international festival devoted to recently restored films.

The award-winning director William Friedkin, guest of honor of this five day festival (Oct. 3-8, 2013), came to Paris not only to present the dark 'nitro-thriller' Sorcerer, an original variation of Clouzot's classic Wages Of Fear ( "I asked his permission to do another version of it, not a remake") that he considers his favorite of his own movies ("It is for me the most important film I ever made"), but also, since the Cinemathèque offered him a carte blanche, to show five other films that he loves ("I've chosen five films totally at random. They're totally arbitrary. I could have chosen any one of five thousand."): Jean-Pierre Melville's Le Samourai, Alfred Hichcock's Vertigo, Woody Allen's Crimes And Misdemeanors ("One of the best American filmmakers but a lousy poker player") Alan J. Pakula's The Parallax View and  John Huston's The Treasure Of The Sierra Madre.

One of the highlights of the festival was without a doubt the master class focused exclusively on Sorcerer that William Friedkin enthusiastically gave in front of a delighted audience in a packed theater. The first surprising thing was that it was not a conventional sitting master class; the 78-year old director chose to talk standing for almost 90 minutes. One of the first things he did besides cheering the Cinémathèque ("It's a great honor for me to be here. No bullshit. ") and before starting to talk about the movie was to shake hands with people in the audience and thank his fans for asking for his autograph  ("That too is an honor. Don't think I don't enjoy this.").

Those who are familiar with William Friedkin's interviews or audio commentaries already know that his cinema stories and anecdotes are passionate, fascinating, precise, informative and addictive to anybody who loves cinema. But probably less people know how great his sense of humor is. Several times the director made the audience laugh its ass off while telling stories related to Sorcerer ("You don't need to ask me why it was a failure. It's fucking depressing!") or to illustrate his point ("After [the success of] The Exorcist, I could have convinced producers to make a film about my nephew's Bar Mitzvah!").

Among the topics discussed during the master class (you can watch the entire video on the La Cinémathèque website), the director tells how and why Steve McQueen, Lino Ventura and Marcello Mastroianni got in and out of the project, how Star Wars ruined the potential success of Sorcerer, how difficult the shooting was ("It was life threatening; almost everyone on the crew got sick. I myself got malaria."), how demanding he is as a director ("Come on! Do I seem tyrannical?"), how he sued the studios to get his film back ("I did not sue them for money.  I will never make a penny out of this picture.") and how he worked on the restoration of the movie ("It took me about six months. Six months of my own time, and I lovingly restored every single frame of that picture...").

The restored version of Sorcerer will be released worldwide on blu-ray April 2014 along with a new theatrical release, and a broadcast on TCM as well.