Review: Asghar Farhadi's THE PAST, An Intense, Mesmerizing Excavation Of Secrets And Lies 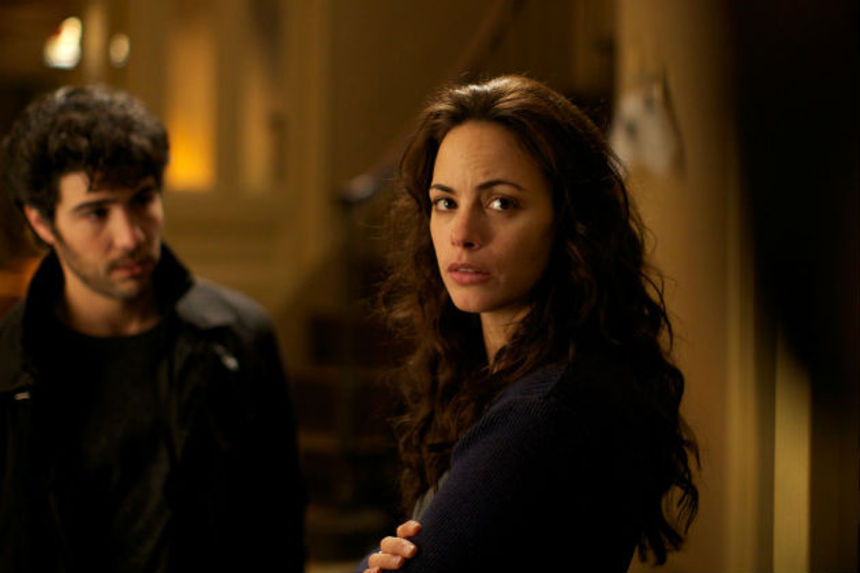 Those who saw Asghar Farhadi's previous film, A Separation, already know that though the Iranian filmmaker specializes in two-plus hour family dramas, his movies are as intense and absorbing as any thriller out there.

Like the aforementioned film, The Past (Le Passé) is a gripping drama structured like a mystery, where a seemingly banal situation cracks and gives way to shattering revelations and emotions. Working in France instead of his native country for the first time, Farhadi not only uses his sure hand to show that envy, guilt, and the consequences of our mistakes know no borders, but also that he is beginning to grow as a visual filmmaker.

It's apparent from the first scene, when Ahmad (Ali Mosaffa) flies into Charles de Gaule airport from Iran and regards his French wife Marie (Bérénice Bejo, from The Artist), whom he has come to finish divorcing after a four year separation, through the transparent glass enclosure of the arrival area. Once united on the same side of the glass, they rush through a torrential downpour and into the car and stare at the windshield as the wipers frantically, and unsuccessfully, swing back and forth in an attempt to stave off the relentless rain. Then the title screen: The Past. It's an elegant, nearly wordless scene that perfectly sets up the relationship between the two characters, and foreshadows the dark secrets which will soon crash over their delicate lives, despite efforts to keep them at bay.

The less said about the plot, the better. Suffice to say that Marie insists that Ahmad stay with her rather than in a hotel, despite the fact that she is now living with another man Samir (Tahar Rahim, from A Prophet) and his son, as well as her own two daughters from a previous marriage. As suggested, the awkward situation soon becomes more awkward and devastating as secrets about the past (and present for that matter) begin to emerge. If playwrights like Henrik Ibsen and Anton Chekov had lived to write about these times where fractured, patch-work family units had become the norm, their work might have looked something like this. 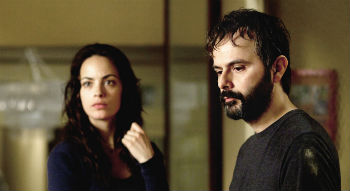 The structure, drama and intensity are similar to A Separation, but the notable change here is that Farhadi is working for the first time outside Iran, this time in Paris and one of its suburbs. As a result, much of the exoticism Western audiences derived from observing the effects of the Iranian system and culture on intimate relationships is gone, which may cause some to mistake The Past for a slightly lesser work. Besides some hints about the effect of Ahmad's Iranian identity on his life in Paris, the film is absent of anything that might be mistaken for political subtext. It's a bit odd that the moral issues dealt with in the much more progressive French culture are nearly identical to those he explored in his home country, but ultimately, the way our actions affect those closest to us is universal, regardless of what society thinks.

Moreover, The Past is a much finer, more elegant, and assured film. As in A Separation, the film relies on twists and revelations that completely reverse what we thought we knew and deepen our understanding of the characters' actions and emotions. However, unlike Farhadi's previous film, which used a manipulative edit and a flashback to reveal the biggest shocker, the plot develops more organically here. The narrative here is based solely on what the characters, as opposed to the camera, choose to reveal. It not only feels more honest, but allows Farhadi to hint at even more enigmas lurking around the edges and to explore ideas like guilt and honesty even more closely.

The performances here are all stunning, without a false note throughout the two hour, ten minute run time. Even when the film comes close to layering on one too many twists, the dynamics and interactions of the performers keep it afloat and plausible. These days, when jaded, ironic tones dominate arthouse cinema, it's incredibly hard to make audiences connect with such earnest, straightforward drama. That Faradhi and his team of performers not only pull it off, but also make the enterprise seem graceful and effortless, is all the more stunning.

Review originally published during the Cannes Film Festival in May 2013. The film opens in select theaters in New York and Los Angeles on Friday, December 20, via Sony Pictures Classics. Visit the official site for more information.

Do you feel this content is inappropriate or infringes upon your rights? Click here to report it, or see our DMCA policy.
Ali MosaffaAsghar FarhadiBerenice BejoLe PasseTahar Rahim

More about The Past