Mexican cinema has been a very important part of each Masacre en Xoco edition and 2013 is no exception: curators Mauricio Matamoros and José Luis Ortega have ready two films by Juan López Moctezuma, a homage to Rafael Corkidi and a couple of Lex Ortega short films (Contra Natura and Mother's Blessing).

Talking with Matamoros, Ortega and Jorge Grajales (who joined the interview to my pleasant surprise) was a great opportunity to discuss Mexican horror cinema beyond the movies that have been part of Masacre en Xoco. In the second part of this interview, these cinema experts discuss the current Mexican genre scene, evoke past times and eventually name which are the essential Mexican horror movies of all time. Enjoy!

ScreenAnarchy: Tell me about Lex Ortega and the current genre cinema scene in Mexico.

José Luis Ortega (JLO): Since last year we programmed the short films of Lex Ortega. Personally, I really like him and he's a good friend. That said, I think he's, if not the only one, at least the top of the iceberg of a bunch of people who are recording their gore, brutal, gothic or very atmospheric movies.

Lex is the only one who dares to sell his products and show them at festivals. He's doing an anthology film, similar to V/H/S, for Latin America. I think he's making a feature film. Whether people like him or not, he's doing very honest work. I think he has a really good craft and he's much better than many film students from the CCC!

After him, there are a lot of essays from people who do one or two movies but never settle. These two guys, Julio Cesar Estrada and Gustavo Moheno, who are doing remakes of Carlos Enrique Taboada movies... they don't have much merit. There's a guy from Tamaulipas (Fernando Barreda Luna) who went to Spain and did Atrocious, which is a really interesting and well-made fake found footage documentary. He had to go to Spain to get the financial support.

There's also Isaac Ezban. His short film Cosas Feas (aka Nasty Stuff) is fabulous, I love it, and now he just wrapped his first feature El Incidente. Other people like Alejandro Alegre, who did an extremely flawed zombie flick (Los Infectados), are doing their second feature. The interesting thing is that they are doing stuff and it's just a matter of seeing if they manage to consolidate something.

Jorge Michel Grau also comes to mind. He's a dear friend and already jumped to the major leagues. Somos Lo Que Hay was the Mexican movie that reached most international markets in 2010. I suppose it's the first and only movie that the CCC sold for a US remake.

Rigoberto Castañeda, well, we lost him long time ago.

Jorge Grajales (JG): I think Rigoberto Castañeda, unlike Michel Grau, is a director who likes genre cinema. He likes horror movies and has a very good eye for doing spectacular things with special effects. Unfortunately, the scripts he has worked with are pedestrian and you can see that. KM 31 is very reminiscent of Asian cinema. He's doing the sequel (KM 31-2) and I had access to the script thanks to him, for feedback. The story didn't convince me, but I think with a much better script he could accomplish something.

I think the scripts are the flaw of Mexican cinema nowadays. Fantasy cinema must be constructed from the scripts. There's this other cinema, like Michel Grau's, that for me is not genre cinema. The anecdote in Somos Lo Que Hay could have been any other thing, I mean, instead of cannibals they could have been something else and still work. In fact, Somos Lo Que Hay reminds me of Diego Luna's Abel because both have the same anecdote: the loss of the father and how the family faces it, with one of the children providing for the family. Halley was also marketed as a zombie movie but I think that is to stretch the genre too much.

Curiously, this cinema done by Mexicans who are not really compromised with the genre is the one getting more attention internationally. The real genre directors in Mexico are doing guerrilla filmmaking and these films don't get distribution. When horror cinema in Mexico is very commercial we have those Taboada remakes or Charlie Gore and Makinov, who don't want their real names attached to the genre. Producers don't understand horror cinema. The company Lemon Films got consolidated thanks to KM 31 but they never bet again for horror cinema because nobody else knew the genre.

JLO: That's the problem. You have directors like Charlie Gore and Makinov, who are Carlos Sariñana and Gerardo Naranjo respectively, but they are not going to achieve anything. You need to have love for the genre.

Mauricio Matamoros (MM): There are some examples but I'm not sure if there's a horror cinema scene right now in Mexico.

The main problem is the lack of stories. 50 years ago Mexico did really good fantasy and horror cinema and, curiously, 50 years ago we also had many comic strips in Mexico. We are talking here of two narrative mediums and for some reason nowadays there aren't good narrators. We have good technicians. If only they could find good stories, not write because they can't, we could have a better cinema.

JG: The dialog is atrocious. Mexican cinema needs a Quentin Tarantino. And I'm not a Tarantino fan but I can recognize him as a dialogue writer.

But time will tell, maybe these films will be cult ones in the future. Just like in the eighties they said Vacaciones de Terror and movies like that weren't respectable Mexican fantasy cinema and now we are looking back, making them valuable.

JLO: Maybe for the twentieth Masacre en Xoco we will be screening them!

Which are the essential Mexican horror movies of all-time?

Answers displayed in the gallery bellow. 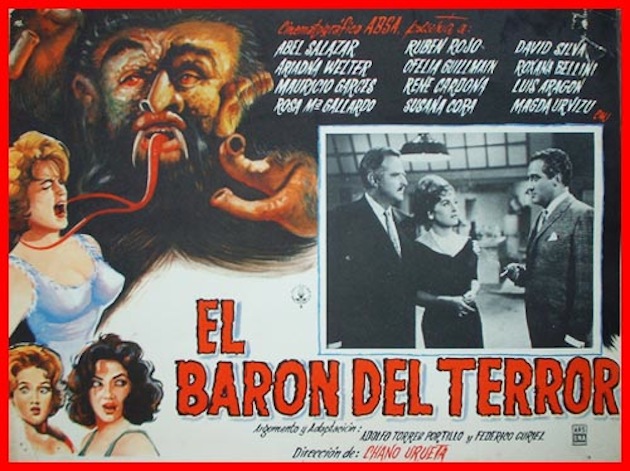 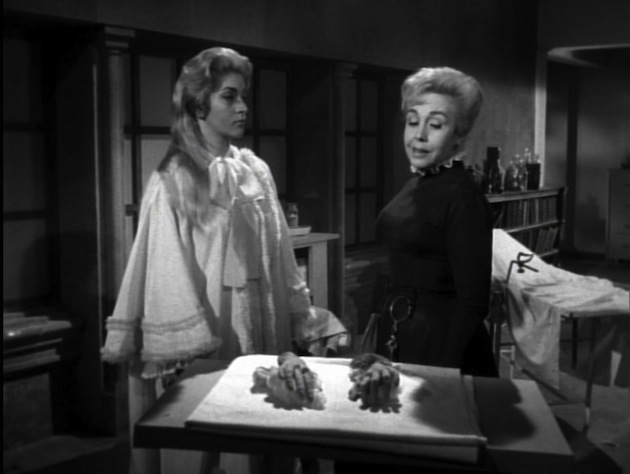 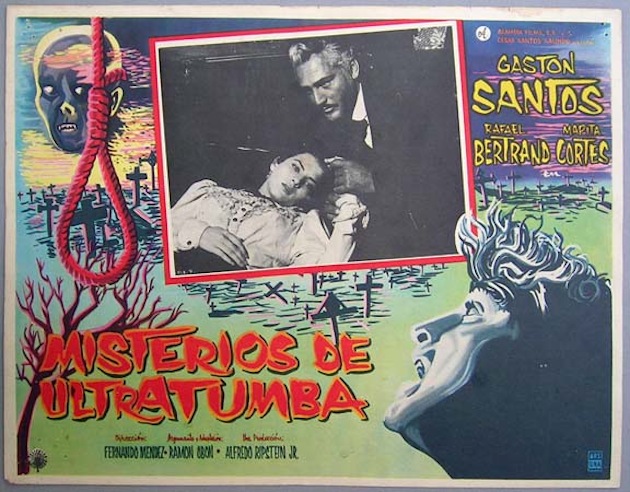 Misterios de Ultratumba (aka The Black Pit of Dr. M)

Jorge Grajales (JG): Misterios de Ultratumba is one of the most accomplished Mexican horror movies and, unfairly, undiscovered. It shares common elements with the cinema of Mario Bava but it was ahead with those kinds of atmospheres. There’s a nice DVD version by CasaNegra but nothing like watching it on print. 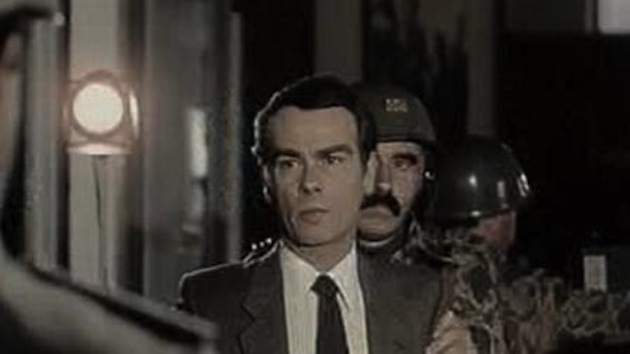 To Kill a Stranger

MM: A little-known film by Juan López Moctezuma, a director who’s quite popular right now. It’s such a great movie. A perfect thriller and we had an impressive print in Masacre en Xoco.

JG: I watched that one on Beta but obviously the image quality wasn’t as perfect. At the time, I didn’t think it was very remarkable within Juan López Moctezuma’s work, but after watching the print at Cineteca Nacional, damn, I could give it the place it deserves. For the new generations that didn’t know about it, it was shocking to see Angélica María with Dean Stockwell! 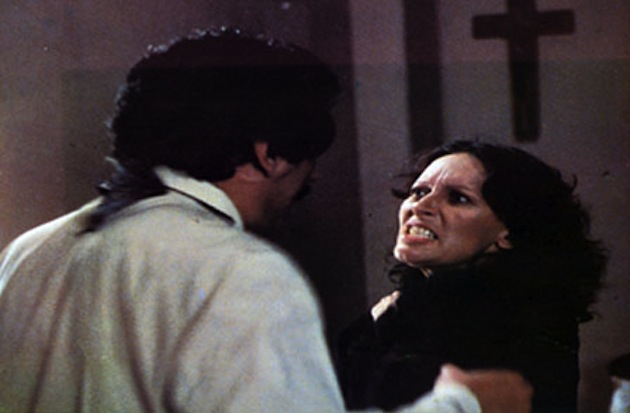 JLO: One of the great discoveries of Masacre en Xoco is a Mexican film by Arturo Velasco called Un Lugar en el Sol. It’s a psychological horror thriller with the total destruction of a marriage. It’s a fabulous movie and I didn’t know about it.

MM: It’s an interesting movie. I can’t say it has great performances because Manual Ojeda and Blanca Sánchez overact, but they work pretty well for the movie. If you didn’t watch it at Cineteca Nacional I’m not sure how many years will have to pass for another opportunity. 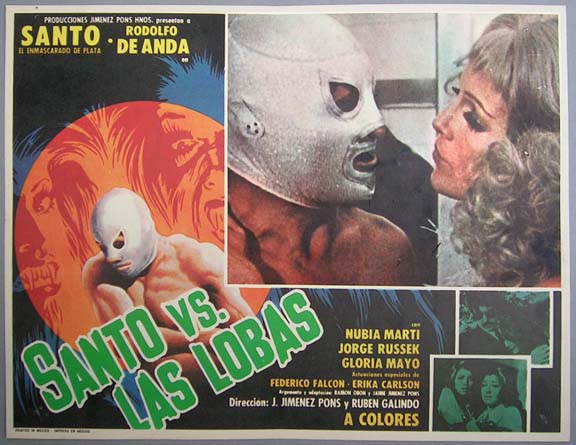 MM: It’s one of my favorites. 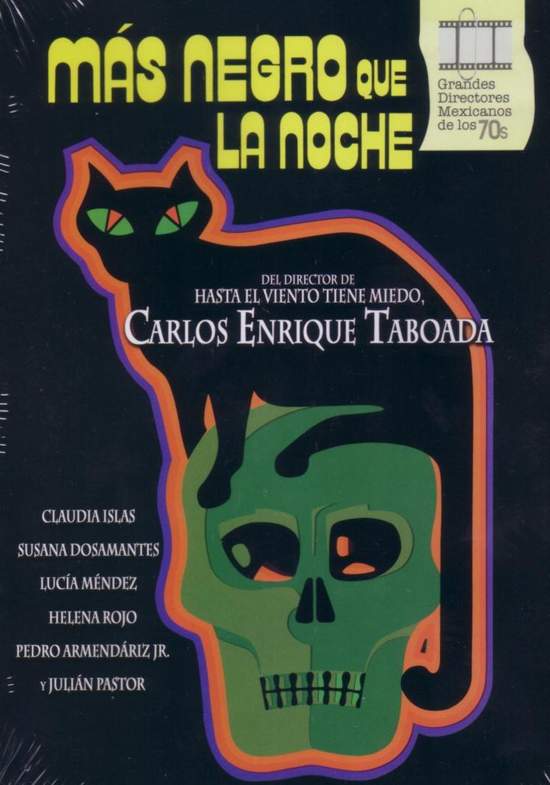 Más Negro Que la Noche (aka Blacker Than the Night) 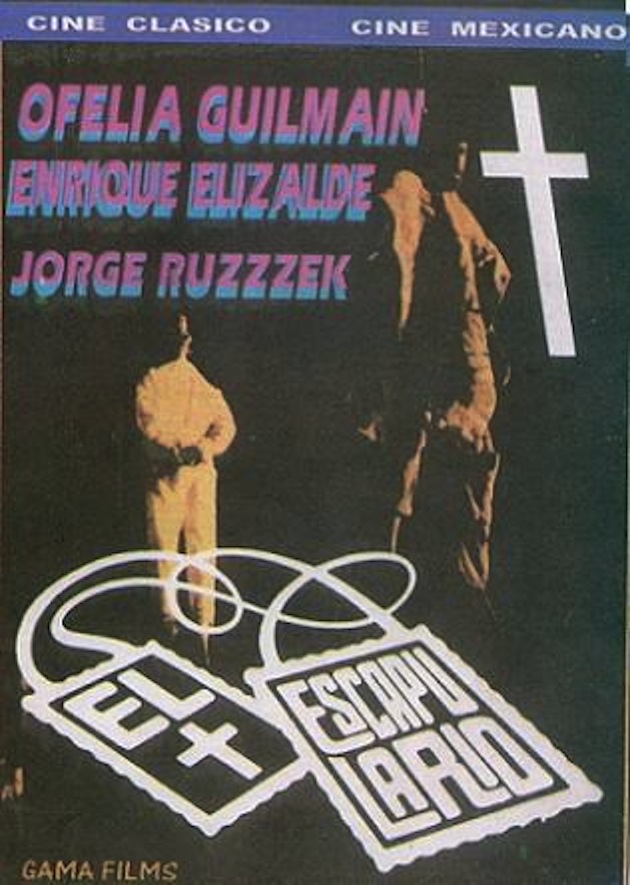 Do you feel this content is inappropriate or infringes upon your rights? Click here to report it, or see our DMCA policy.
35mmCineteca NacionalJorge GrajalesMasacre en Xoco 2013Mauricio MatamorosMexican Horror