Review: Spike Lee's OLDBOY, A Failed Attempt At Something New 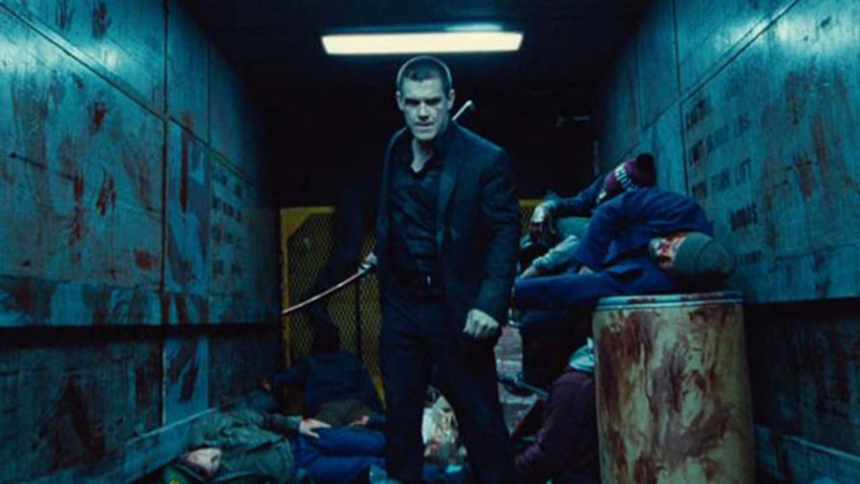 The easiest thing to do with Spike Lee's latest work, a "don't call it a remake" of Park Chan-wook's 2003 film Oldboy, is to simply dismiss it.

Know that this isn't a particularly good film, let alone a capable remake. It feels burdened by stilted direction and gormless editing, and in some ways defiles the original work by making overt what was far more subtle in the original.

Still, maybe out of some sense of empathy, I feel bad for this film. Based on pure conjecture (combined with some overt visual and story-line cues), I'm going out on a limb and thinking that screenwriter Mark Protosevich wasn't just a hired gun, but probably totally loves Park's original. I think the film is a deeply flawed work, but somewhere, under the poor execution and dreary performances, there's a kernel of respect for the story's origins, a back-to-basics desire reflected in the spare dialogue.

Oldboy is a film that fails twice - I believe it will fail to impress audiences unfamiliar with the original film, nor will it provide anything particularly revelatory to an audience familiar with the Korean version.

I believe the 2003 film is excellent, but still managed to be overpraised. Its one supremely bravado scene, now oft imitated, is surrounded by, at times, some heavy-handed plotting. With a recent re-screening of Park's work, I was struck by just how little after a decade I had remembered of the actual story (including, perhaps embarrassingly, the big twist), yet the tonality and feel of the work was immediately familiar.

It's no wonder that the translation to a Western audience is a challenging one - even the terminology of the film's title isn't really part of the American idiom, and I'm willing to bet that audiences will leave not entirely sure what it even refers to. Once you've accepted that the film is kind of a mess, it's still quite interesting to break down just what Protosevich's script has done to transplant the story. We have a longer period of incarceration, and a different character with different motivations. This is part of the "reimagining" rather than the remake, and I credit the work for at least attempting something new, recognizing full well that a shot-for-shot redux would be in some ways even more disastrous.

Alas, things go wrong pretty spectacularly on many fronts. There's still a twist on the twist, but again this is a mere echo to the original, perhaps shocking to an uninitiated audience, but more likely to simply be one among many ways that the film jabs at what has come before. It's both trying to be its own thing while echoing the past, and while this is a laudable task, here it seems futile. We lose the incessant urgency of the original film in exchange for a baddie that feels like a Bond Villian (or, worse, the bad guy from some later-numbered Die Hard movie).

Still, it's in the definitive scene from the original that Lee's film really shows its stripes. Hammer in hand, Brolin attacks a swarm of individuals, and it feels like some amateur karaoke version of the original. Instead of a taut, visceral nut-punch of a scene, it feels tacked on, like some hurdle that needs to be overcome in order for the film to satisfy previous fans. Not only is nothing new done in this scene, it in some ways shines a pall on the original, making on some level the well regarded scene in Park's film seem lessened somehow. Yes, it's that bad, a swooping camera that makes the action feel tedious rather than energetic, repetitive rather than illuminating of both character and actor. This is the scene where Lee's version most explicitly takes a giant shit on Park's film, and it's sure to be as much a point of discussion as it was in the original.

The most egregious element is the capper that may go unnoticed by many - in the original, there's a lovely little visual joke involving a fight in an elevator (watch out for a reference to it in the upcoming Captain America). In Lee's hands, this scene is made headshakingly awkward, making the whole thing feel like a ridiculous exercise. 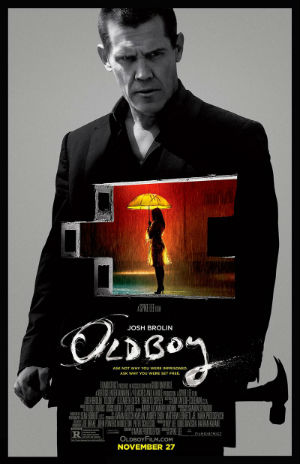 I wanted to love this film. I went in with appropriate levels of cautious expectation. I believe there's a space for a film like this, and don't abide the fact that some films, particularly genre films of this type, are sacrosanct and somehow should be free from being remade for an English-speaking audience. When done well, as Lee's mentor Martin Scorsese did with The Departed, you can in fact improve upon an excellent original, finding ways of expanding the narrative with grace and sophistication.

Alas, Lee's folly is that all of his visual and choreographic contributions seem to be lesser than the original. The script twists itself into contortions to make things surprising even for those familiar with the original, but it does so at the cost of some of the more subtle elements of character and morality that Park's film embodied.

Oldboy is a film without an audience, either neophyte or those familiar with the previous work, yet I still encourage you to see it. It's in some ways a cautionary tale about this kind of filmmaking, interesting for metatextual reasons. It's a film that fosters discussion about the nature of remakes more so than it does about story or character. Its plot is far more interesting for how the writers have crafted different ways of trying to do similar things, and some may find fodder in dissecting the differences between the passions and perversities of both American and Korean culture.

What 2013's Oldboy is not is a standalone work. It's a film that exists solely as a distorted reflection upon what the credits almost sardonically refer to simply as "the Korean film", ignoring both the graphic novel source material and the authorial attribution of Park-Chan Wook.

It's perhaps telling that Lee dropped the "joint" description: his attribution is listed in the early credits as a "Spike Lee film". As he lays claim to it, I believe much of its vitriol should thus justifiably be placed at his feet. It's a shame, really, as Lee is a gifted filmmaker (and often an impeccable documentarian). yet this feels very much a kind of hubristic dismissal of what made the original work.

It's a brave path to take, and would be key to the film's success if it earned any, but instead we're left with very much a failed attempt by a filmmaker that seems very much like he's entirely out of his element with this work.