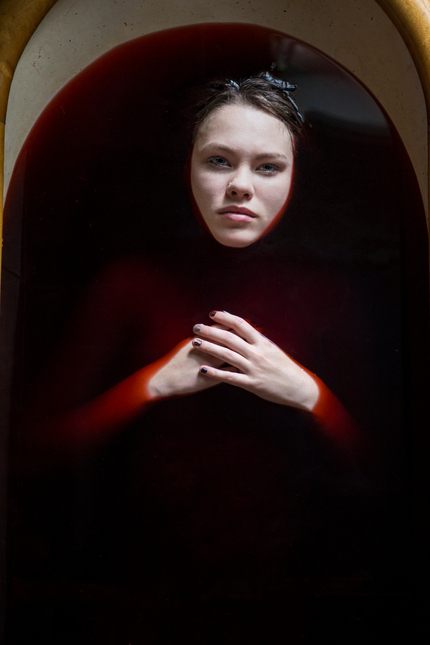 Last week I found myself driving through the countryside outside Hamilton, Ontario, where I eventually rolled up to a small working farm populated by very small horses, regular sized horses, and ten or so llamas who were not even remotely interested in my presence. Well fine, llamas, I wasn't there for you anyway.

The point of the drive was inside the house where iconic Canadian director Bruce McDonald was making his return to the horror genre, his first foray into this territory since Pontypool. Working with a nimble crew and just a pair of cast members on this particular day - leading lady Chloe Rose and genre staple Robert Patrick - McDonald et al were in the home stretch of production on the upcoming Hellions. Here's the official synopsis of the film so far:

A pregnant teenager must survive a Halloween night from Hell when three malevolent trick-or-treaters come knocking.

Now, I'm not going to tip anything more than that in terms of plot but McDonald was happy to share one very interesting bit of news: Hellions is very likely the first film ever to be shot dominantly in infra red. The final proportion won't really be known accurately until the edit is complete but it appears quite likely that somewhere in the neighborhood of eighty percent of the film will be shot using infra red technology and here's what McDonald has to say about that:

In the script it's a red moon, kind of a spooky supernatural night. Halloween night. So there were two elements in the script that triggered us to this. The red moon and the fact that time moves very strangely.

We thought we could shoot this all night with some kind of red filter but then we thought because of the time factor maybe it's more of a parallel dimension like a Wizard of Oz sort of thing. At the emotional peak of the story things just flip. The switch is thrown.

We knew we could shoot it at night but we would get half the setups because of night things just move slower. And not only night, cold night. You just move slower then, so you're just going to get less setups. It would take more people to get less. So we thought we want to do that or have more setups using the small team that we have? It was an ingenious notion.

I don't know if I would've been brave enough but Norayr [cinematographer Norayr Kasper] really convinced us all. At first it was just, "Are you fucking out of your mind? Are you serious? No. It's not going to happen." But then we thought, "Well, let's do a test." And then we thought, "Oh, this is kind of interesting."

I think the big thing for me is the fact that we're not trying to make it look like night. We're literally crossing into a parallel world.

Twitch is happy to share the first (non infra red) image from the film. That's Chloe Rose bathing in blood to your left and if you click the image below you can see a much larger version. 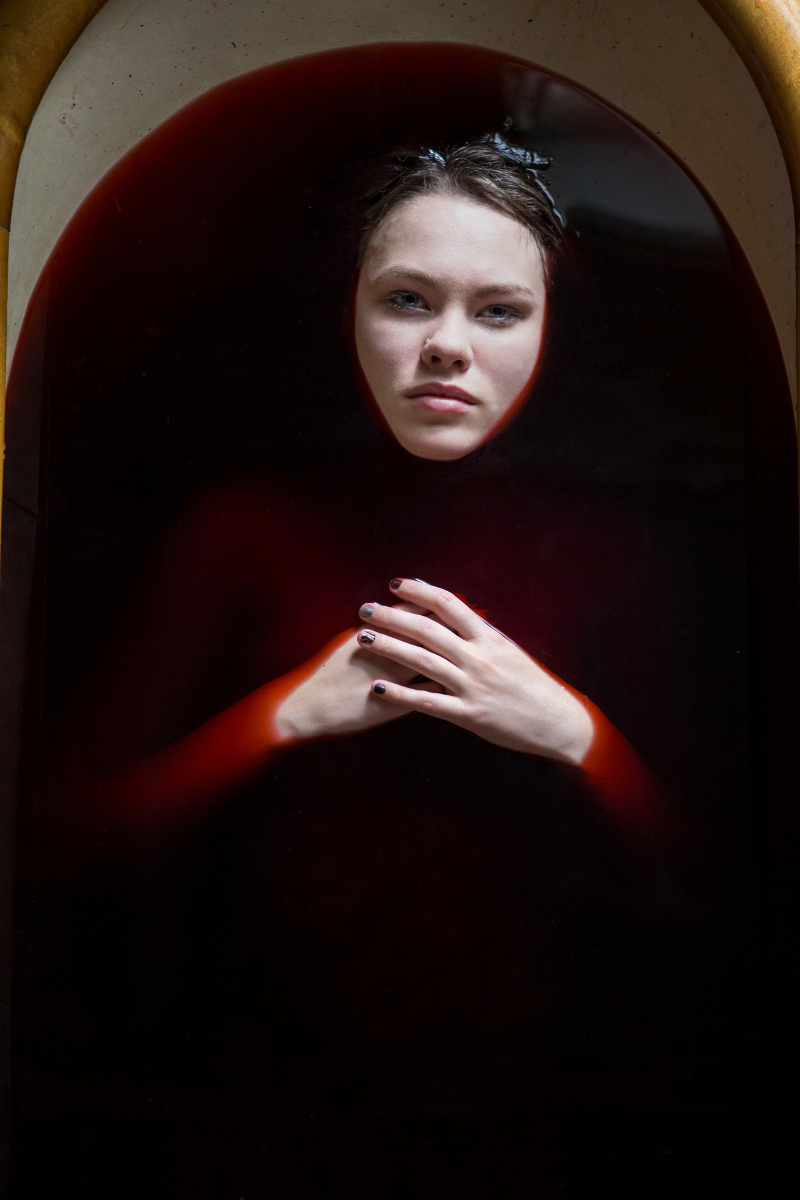 Do you feel this content is inappropriate or infringes upon your rights? Click here to report it, or see our DMCA policy.
bruce mcdonaldchloe rosehellionsinfra redrobert patrick