Christopher Bourne
Featured Critic; New York City, New York
Tweet Post Submit
DOC NYC, in the four short years of its existence, has now become the largest documentary film festival in the U.S. This year's edition, screening from November 14-21 at IFC Center and the SVA Theatre, brings a vast selection of 132 films (73 features and 39 shorts), that deal with a dizzyingly varied eclecticism of subject matter and filmmaking approaches. There are films here about politics, music, art and artists, education, movies, and even porn (of both the hardcore and softcore kinds). With such a satisfying variety of films to choose from, you may find yourself asking: who needs fiction, when real life is capable of yielding such compelling stories?
Below are some notable films in this year's selection. For more information on these and other films, and to purchase tickets, visit DOC NYC's website. 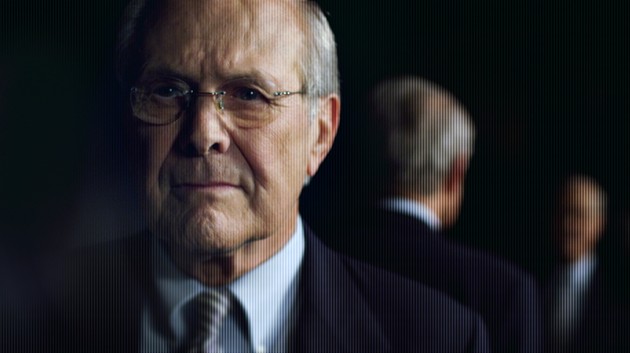 DOC NYC opens with Errol Morris’ latest film, a sequel of sorts to The Fog of War. That earlier film was a feature-length interview with Vietnam-era defense secretary Robert McNamara. This time, Errol Morris talks to another defense secretary, Donald Rumsfeld. While Robert McNamara came from a place of introspection and regret, Rumsfeld seems to stubbornly resist this. And though Runsfeld claims to not be an obsessive person, one obsession comes through very clearly, one with words and their meanings. He calls the countless memos he's sent over the years "snowflakes," since they've been as ubiquitous; he even sent memos specifically asking for the dictionary definition of words. Rumsfeld's unique turns of phrase were what made his press conferences during the wars in Iraq and Afghanistan such often comically surreal spectacles. However, the central question, one left up to the viewer to decide, is whether Rumsfeld's word obsession was in the service of getting at facts and truth, or if this was intended to perpetrate an Orwellian obfuscation of those things. 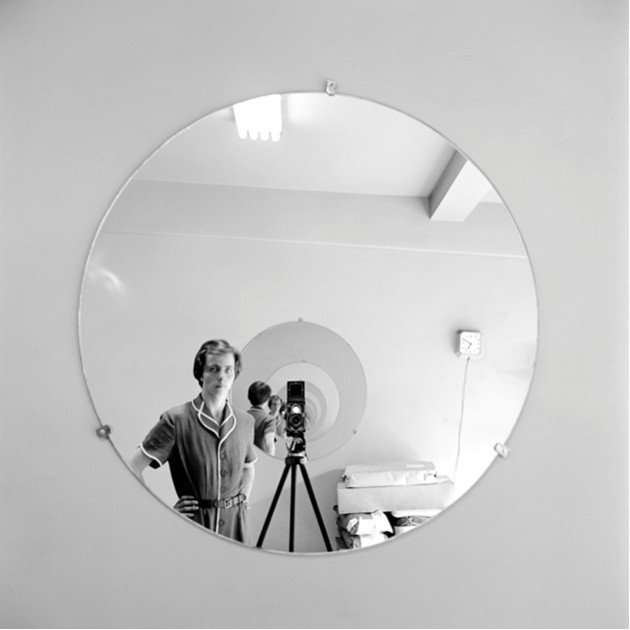 A mysterious nanny, who apparently had no family, children, or love life to speak of, is revealed after her death to be an immensely talented photographer, with over 100,000 of her own works found among her possessions. Co-director John Maloof doggedly tracks down her trail and talks to her employers and many others who encountered her. Maier's quirks and eccentricities are eventually revealed to be mental illness of some kind. Why she never even showed her work to anyone, much less attempted to earn a living from her photography, instead being a lifelong domestic servant, proves ultimately to an unsolvable mystery. This makes this documentary, however, no less satisfying in its fascinating and revelatory aspects. 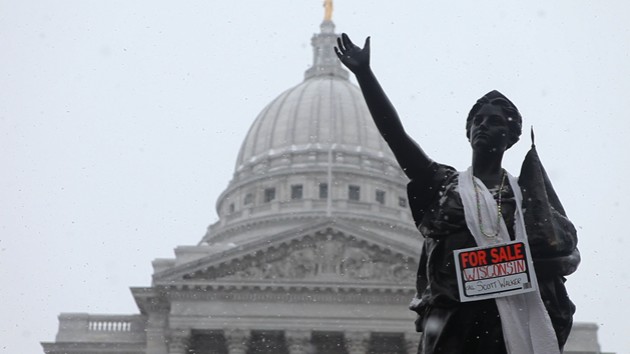 This film's title and publicity materials lead one to believe that this will be a hard-hitting expose of the billionaire brothers Koch's massive monetary influence on elections and politicians, but alas, this proves to not be the case. There's almost a bait and switch going on here, as the main thrust instead becomes Wisconsin governor Scott Walker's attempt to strip unions of their right to collective bargaining, and the unsuccessful recall election that resulted afterward. There are some compelling human stories told here, mostly of conservative Republicans, which partly counteracts the preaching-to-the-choir syndrome that afflicts many politically minded documentaries, on both the right and left. Ultimately, though, we're not told anything we didn't already know going in. So, big money controls elections, and pretty much shuts out anyone else who doesn’t have the resources to play the game? Well, duh. Do the filmmakers have anything else to tell us? As it turns out, unfortunately, not very much. 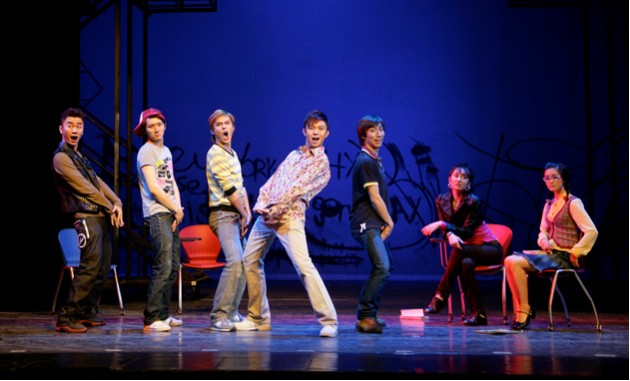 THE ROAD TO FAME (Hao Wu)

“Jia Zhangke meets Glee” could be the tagline for this fascinating and engaging film, which follows five students from Beijing’s Central Academy of Drama, an institution as old as the People’s Republic of China itself. The school boasts such illustrious alumni as Gong Li (class of 1989) and Zhang Ziyi (class of 2000); the five young people the film follows, as well as countless others who inhabit the halls and classrooms of the Academy, strive to follow in those giant footsteps. However, their grandiose dreams clash with their parents’ expectations for them, as well as the brutal realities and intensely competitive nature of the entertainment industry.

The Road to Fame is an illuminating portrait of the generation that grew up in the wake of China’s one-child policy, only children often pampered and indulged by their families and enjoying life in a country much more prosperous than in their parents’ time. But this privilege comes with pressure from parents and grandparents who depend on their children to fulfill the dreams and ambitions that they have failed to achieve themselves. The Broadway show Fame, a production of which the Central Academy of Drama is collaborating on with imported Broadway directors, and which the students we follow compete for plum roles, proves to be the perfect vehicle to reveal their grand ambitions. The Road to Fame is a nicely rendered snapshot of modern China, conveyed with a brisk pace and skillful storytelling. 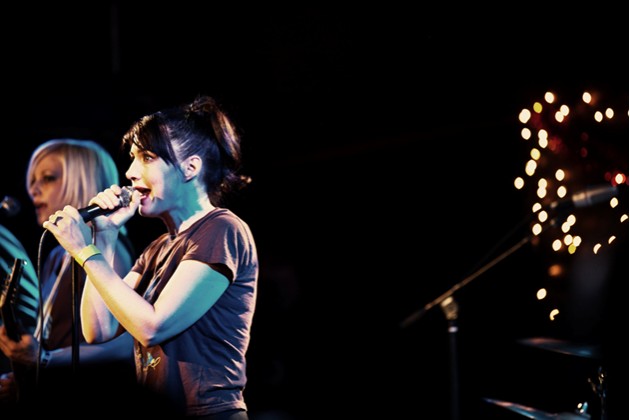 The story of Kathleen Hanna, the influential riot grrrl frontwoman of the bands Bikini Kill, Le Tigre, and The Julie Ruin, told with verve and great energy. Inspired as much by the writings of Kathy Acker as by her punk music forbears, Hanna channeled her personal pain and difficult life into visceral, boldly confessional lyrics and a charismatic stage presence. As controversial as she often was, she kept her personal life very private, leaving many fans wondering why she suddenly stopped recording and performing in the mid-2000s. It turns out that this was for medical reasons; Hanna suffered for many years from what she very belatedly learned was undiagnosed Lyme disease. Hanna is a riveting film subject, making her journey from musician and media magnet to disease survivor, as well as the scenes of her rising from the ashes and reemerging on stage, quite compelling. 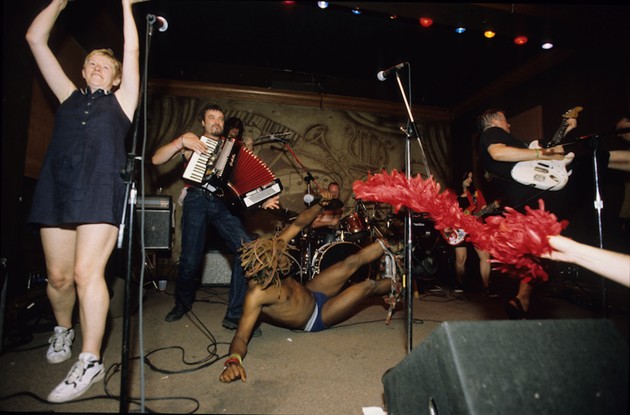 REVENGE OF THE MEKONS (Joe Angio)

Angio’s film documents the chaotic and unpredictable career of The Mekons, a band from Leeds, England who started out in 1977, in the midst of the UK punk-rock scene that included the Sex Pistols and the Clash, as well as their art-school classmates the Gang of Four. Undeterred by their complete lack of ability to play their instruments, the Mekons, as one commentator in the film puts it, had the two essential ingredients to be authentic punk rockers: “attitude and ideas.” Political from the very beginning, the Mekons made their music in opposition to the neo-Nazi groups rioting in England, as well as the harsh policies of Margaret Thatcher. Angio makes the Mekons’ evolution from punk rockers to country and folk influenced musicians, as well as their self-sabotaging career non-strategies and troubles with record labels, quite compelling and engaging. 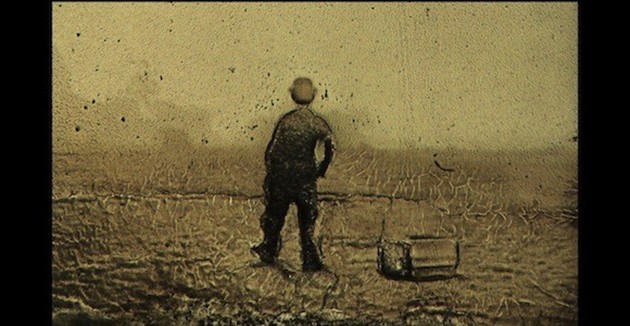 WHAT IS CINEMA? (Chuck Workman)

Chuck Workman, best known for the montage sequences he has created for the Academy Awards, basically makes a feature version of the same, which borrows its title from Andre Bazin’s famous work of criticism. You won’t get any new or amazing insights here, but you will get some interesting interviews, both new and archival, with such people as avant-garde pioneers Ken Jacobs and Jonas Mekas. You’ll also get to watch the fascinating sight of watching David Lynch watch Hitchcock’s Vertigo. 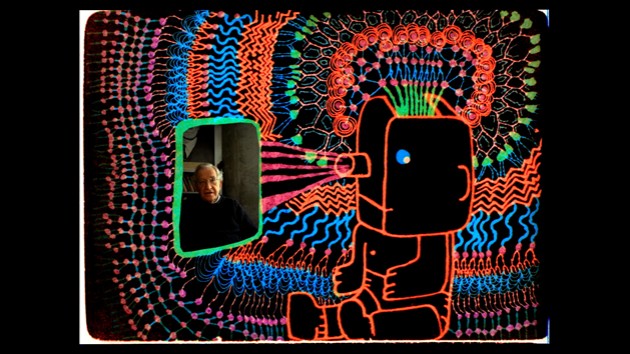 IS THE MAN WHO IS TALL HAPPY? (Michel Gondry)

DOC NYC closes with this feature-length conversation with linguist Noam Chomsky, animated with amusing whimsicality by Michel Gondry. This film highlights the driving principle of Chomsky’s inquiry, one which he identifies as the basis of modern science: questioning the seemingly obvious. Gondry admirably is not afraid of looking stupid in front of this intellectual giant; because of this, the conversation remains on a human, relatable level. Also, it is quite fascinating to watch Gondry attempt -- not always successfully, by his own admission – to illustrate the complex ideas that Chomsky articulates. Which is quite ironic, since Chomsky stresses that the goal of scientific inquiry should be to reduce complexity to its simple essence.

Do you feel this content is inappropriate or infringes upon your rights? Click here to report it, or see our DMCA policy.
Carl DealCitizen KochDOC NYC 2013Errol MorrisFinding Vivian MaierHao WuIs the Man Who Is Tall Happy?Kathleen HannaMichel GondryRevenge of the MekonsThe Punk SingerThe Road to FameThe Unknown KnownTia Lessin