Have you found recent festivals in Australia desperately lacking in the Asian cinema department? You are not alone!
Earlier this year the best of new Korean cinema boosted interest and excitement at the Korean Film Festival in Australia (KOFFIA).
Now the Japan Film Festival is underway and hitting Melbourne next week. This is a strong diverse festival in its very impressive 17th year.
This year we 'watch Japan unfold' as the program unveils a sprawling list of genre-centric films; mainstream commercial fare, black and white classics and harder to define festival films. These are the films that feel so exciting to discover, the hidden gems.
To get you prepared and participating we have put together a roundup of these smaller but more interesting films from the festival.
Click through the gallery below. Check out the Melbourne schedule for the festival here. 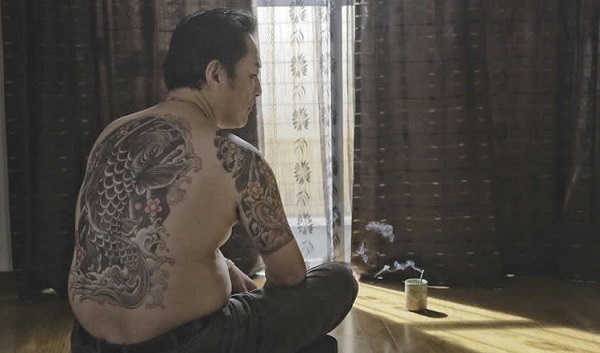 A dark and violent true story crime drama, The Devil's Path is an intense film, with shocking confessions and disturbing twists.

When journalist Shuichi receives a letter from convicted killer Junji Sudo, he is shocked to learn of further crimes Sudo has not yet confessed to. Fuji also learns that the mastermind behind each of Sudo’s brutal murders is still roaming free. Fuji slowly begins to piece together the evidence surrounding Sudo’s claims… but will it be enough to bring this underworld figure to justice?

With an excellent cast (the humble Lily Franky plays the mastermind) and traumatic premise, The Devil's Path looks to shake the genre's foundations, cannot wait to bring you the review for this one.

Check out the trailer for the film here. 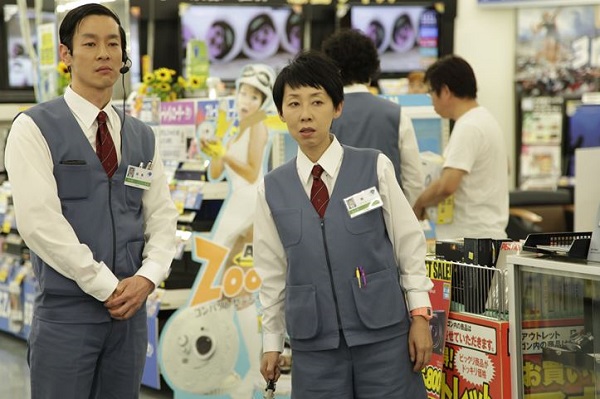 Satoshi Miki makes some seriously under-rated films. From the phenomenal Adrift In Tokyo, to lighter works such as Instant Swamp, his films are imbued with a philosophical comedy that is a joy to watch.

Ore Ore is his latest film, and its fascinating plot indicates a dark and contemporary statement on identity.

Feeling trapped by a mundane suburban life and unfulfilled relationships with his family and peers, Hitoshi yearns for some kind of escape. When the promise of quick cash comes his way, Hitoshi is lured into the world of telephone scamming. What begins as a seemingly simple trick escalates into a surreal nightmare as Hitoshi’s life is gradually invaded by new and different incarnations of himself. 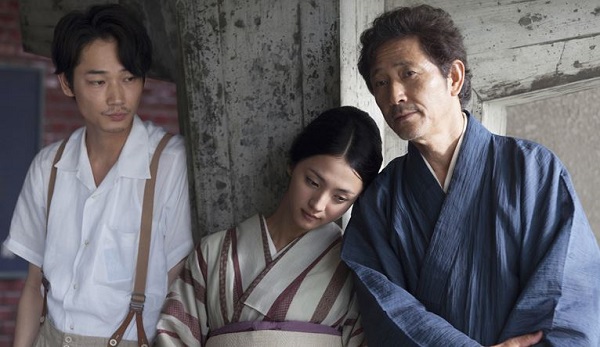 Summer's End is a period piece love triangle set over the course of summer in the Showa period (1930's).

Accomplished artisan Tomoko has been carrying on an affair with older writer Shingo for years, never questioning her happiness until Ryota, a younger lover from her past, drops by. Tomoko impulsively invites him over, rekindling a passion she had long forgotten. Summer's End is based on the semi-autobiography of multi-award-winning novelist Jakucho Setouchi, now a Buddhist nun. 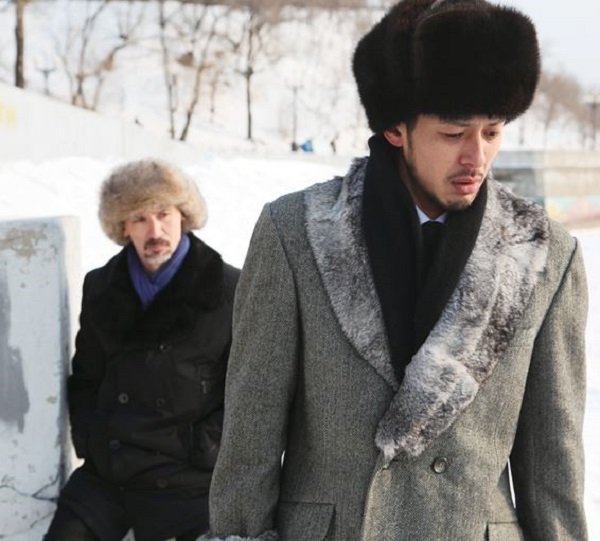 A globetrotting conspiracy thriller with an international cast? Not something you would expect from Japan, but The Human Trust sounds too interesting to ignore!

When con-artist Mafune is employed by the mysterious ‘M’ to steal a secret cache of legendary Japanese war-time riches, he triggers the unfolding of an international con-game that stretches from the boardrooms and backstreets of Tokyo, New York and Khabarovsk to a dusty village somewhere in Southeast Asia.

Shot on location in Russia, Thailand, Japan and the US, with an all-star cast including Yoo Ji-Tae (Old Boy) and Vincent Gallo (Buffalo 66). 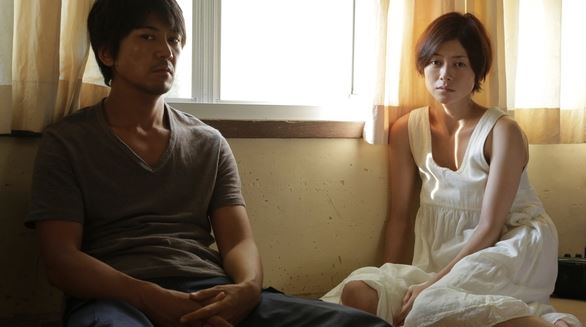 The Ravine of Goodbye

Japan does social commentary so well. Its contemporary films are filled with a sublime malaise that underpins the truly fragmented societies and relationships. Last year the shattering Dreams For Sale made my Best of 2012, The Ravine Of Goodbye may make my 2013 one.

Things that look ordinary at first glance are not always as they seem – or so it is with husband and wife Shunsuke and Kanako Ozaki, whose appearance of contentedness belies a confronting secret. An investigation into the murder of a young boy near the Ozaki’s home takes a turn when the accused drags Shunsuke into the case. Tabloid reporter Watanabe discovers that Shunsuke was a talented baseball pitcher fifteen years ago until his arrest for raping a girl. What else is yet to unfold? Shot in 16mm, this tense adult drama portrays the extremity of love. 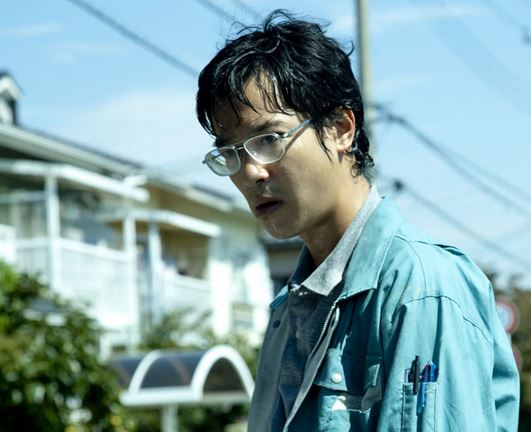 The Samurai That Night

A sociopath and an obsessive collide in this bleak revenge tale with an excellent cast.

The haunting memory of his wife’s death in a hit-and-run incident five years ago consumes Kenichi (Masato Sakai from Key of Life) day in, day out. The culprit Kijima (Takayuki Yamada from Milocrorze: A Love Story) has served his prison sentence and is back on the streets. Although free from the iron bars, he now finds himself the target of Kenichi’s plan to avenge his wife on an all-too-familiar day: the day of her death. 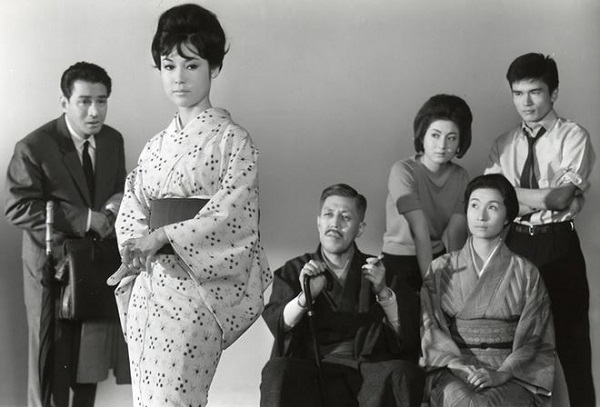 An utter joy of the JFF is its classic stream of programming. For absolutely free these defining Japanese films are available to watch throughout the festival and screening at the ACMI. I would be remiss to not catch at least one and will endeavor to savor this utterly quirky delight, especially for its time.

Considered avant-garde for its time, this film centres on the Maedas, a family of selfish hustlers who will do anything to get ahead. Starring iconic leading actress Ayako Wakao (An Actor’s Revenge), Elegant Beast blends drama with black comedy to produce a dark commentary on postwar Japanese society.

Check out the classics line-up here.