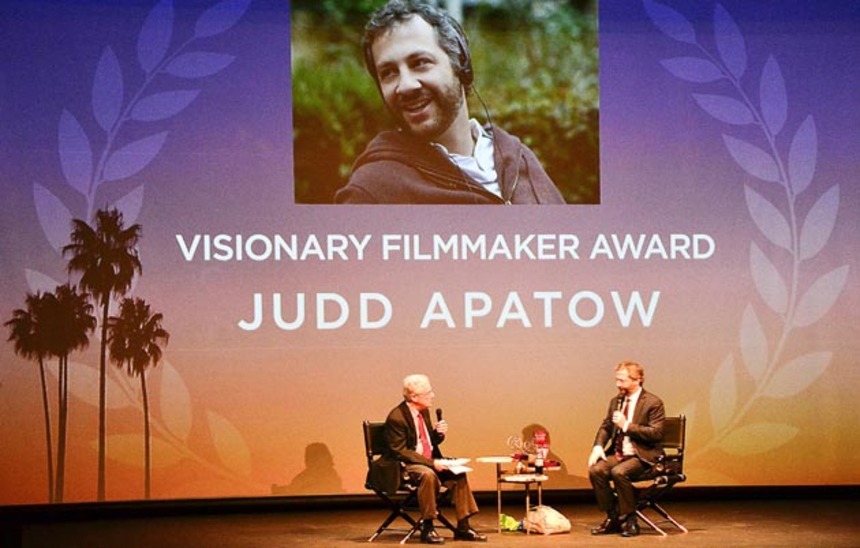 As the SoCal summer comes to an end, we also bid adieu to the 12th Annual San Diego Film Fest. The long sun-drenched weekend brought a combination of Hollywood features, celebrity tributes, indie hits, and shorts from around the world to the lovely city-by-the-border.

One of the major highlights was the fest's centerpiece tribute to Judd Apatow, which saw the writer/director/producer given the "Visionary Filmmaker" award. The audience was treated to a hilarious introduction by David Koechner and an off-the-cuff video tribute from Will Ferrell in full Ron Burgundy regalia from the set of Anchorman 2. The night also saw the "Emerging Producer" award given to Justin Nappi (Arbitrage, All is Lost) and a surprise appearance by Boondock Saints director Troy Duffy who emotionally introduced the first annual "Chris Brinker Award" named in honor of his late producing partner and San Diego native. That award, given to an outstanding first-time filmmaker, went to Shaun Kosta for his film Republic of Two. Mariel Hemingway was awarded a "Humanitarian Award" at a separate event. 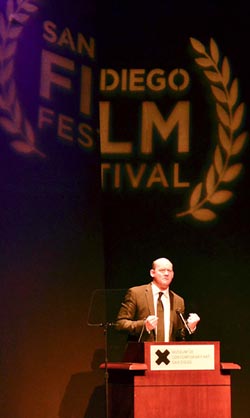 The festival featured a number of outstanding films (see our preview for a few) including the "Best Feature" prize winner Autumn Blood, "Best International Feature" winner The German Doctor (formerly known as Wakolda), and the "Best Documentary" winner Of Kites & Borders. A "Chairman's Award" was given to Chez Upshaw while Winter in the Blood won the "U-T San Diego Award." There were plenty of great shorts at the festival as well. Solidarity took home the prize for "Best Dramatic Short."

Wrapping up the awards, "Audience Choice" prizes were also given out. Brahmin Bulls was named "Best Feature," Lion Ark named "Best Documentary," and Alekesam the "Best Short." A special audience award was also given to 12 Years a Slave as the "Best Hollywood Feature," thus cementing its spot as Oscar Best Picture front-runner.

Only the second year under its current leadership, the San Diego Film Fest is certainly the new kid on the block. While it suffers a bit from trying to do everything the big kids are doing (it's a bit unclear if it's trying to be filmmaker centric, a celebrity showcase, or a regional exhibition hub), it is already a great benefit to San Diego's film community. With a bit more focus, SDFF has the potential to become a wonderful -- and always sunny -- stop on the festival circuit.