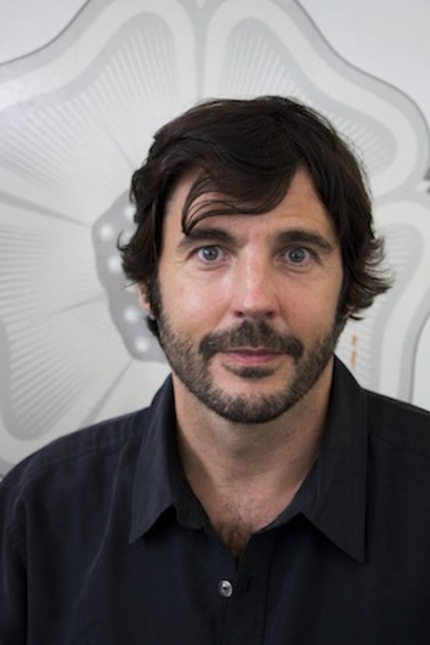 Diego Quemada-Díez's La Jaula de Oro (The Golden Cage), Mexico's official submission for the upcoming Goya Awards, premiered in the country during the third day of activities at the Morelia Film Festival 2013. I watched it early in the morning and sat down to discuss it with Quemada-Díez some hours later. The press junkets happened before the red carpet so each individual interview lasted no more than five minutes, enough time for Quemada-Díez to share the opinion of one British cinema legend towards his debut film.

ScreenAnarchy: You have worked with three important directors for the social realism cinema: Ken Loach, Alejandro González Iñárritu and Fernando Meirelles. Did that experience influenced you and THE GOLDEN CAGE?

Diego Quemada-Díez: Well, I needed to work. I was clear that I wanted to make films but I didn't have enough money to go to film school so I planned to start from the bottom with the idea of making one day my own movies. I had the chance to work with Kean Loach, it was my very first movie experience (Land and Freedom) and I had seen all of his films; I was a huge Kean Loach fan.

I can speak English so I got the job as clapper loader. I worked in three of his films (Land and Freedom, Carla's Song and Bread and Roses), learned his method and was highly influenced by him.

Years later I worked with el negro (Iñárritu) on 21 Grams, I learned a few things from him. I worked also with Spike Lee but the one who has impacted me the most is Loach. I did apply his method and, by the way, he just watched The Golden Cage in London. I was very excited!

What did Ken Loach think of THE GOLDEN CAGE?

He said it was terrific, a beautiful film. He liked it very much.

Both HELI and THE GOLDEN CAGE have a lighter tone at the beginning. Some members of today's audience were laughing with some moments.

This film is a story about teenagers; the idea was also dealing with the loss of innocence with this dramatic journey. We needed moments to see they are just kids, having a good time... simple and very human moments. It was all about generating empathy for the characters, with the audience feeling they are normal persons.

Later the obstacles appear but first we needed to connect emotionally with the audience.

Based on the research you did, what's the migrants' biggest fear?

The biggest fear is being deported, getting caught and starting the journey all over again. Also, being kidnapped.

Your life is at risk so there's this sensation you don't know where the bad situation is coming from. I tried to reproduce with the film the sensation that everything can change in two minutes, by not giving the audience more information. They only know what the characters know.

We shot the film in chronological order so they (the actors) were discovering the story. They didn't know what was going to happen the next day. That makes natural the performances. You just have to create the context that provokes their behavior, helping them so they can be themselves. You just have to be a witness of their reactions to those situations.

What's more difficult, to shot a big scene like those with the trains and the migrants or one more intimate but equally intense, say when the protagonists kill a chicken?

Each one have its difficulty, I mean, making films is very difficult. For intimate scenes, you try to create the connection between the characters.

For the big scenes with 500 extras and trains, you have a couple of cameras to capture the event. I did it through several different facets, using the common sense. It was a matter of creating situations that for them were real as we worked with real migrants, real police officers. They did what they had to and we were just documenting it.