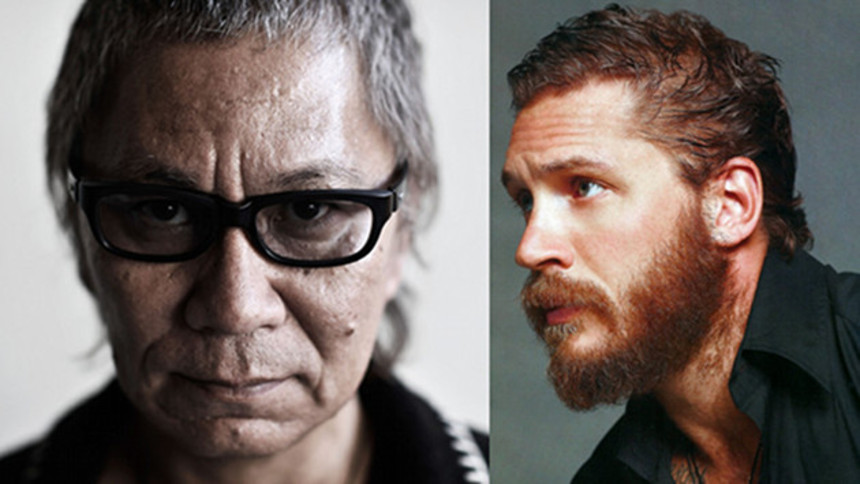 Twitch brought word back in June that Tom Hardy had signed on to star in English language feature The Outsider for director Miike Takashi and now word has come down that the picture has locked finance and is expected to shoot in early 2014. Here are the relevant bits of the press release:

Worldview Entertainment has signed on to finance and produce Takashi Miike's crime thriller, "The Outsider," starring Tom Hardy. Andrew Baldwin wrote the screenplay based on an idea by Linson Entertainment's John Linson, who will produce with Art Linson alongside Worldview's Christopher Woodrow and Molly Conners and QED's Bill Block. Worldview's Maria Cestone and Sarah E. Johnson will executive produce with Anton Lessine and Sasha Shapiro.

"The Outsider" is an epic crime thriller about an American former G.I. in post-WWII Japan who joins a Yakuza crime family. Principal photography will commence in Japan in early 2014. QED International will handle foreign sales and introduce the film to buyers next week at the American Film Market (AFM), while CAA, who packaged and arranged financing, will represent domestic rights.

"The Outsider' is an action-packed, hard hitting thriller with huge commercial potential. We are excited to do our second film in less than 6 months with Tom Hardy and look forward to working with Bill Block and his team at QED," said Worldview CEO, Christopher Woodrow.

"We're excited to partner with Worldview on this outstanding international thriller," said QED CEO, Bill Block. "The combination of Tom Hardy and Takashi Miike, along with Andrew's electrifying script, is exactly the kind of package that our distribution partners are seeking to drive their theatrical business worldwide."

More about The Outsider