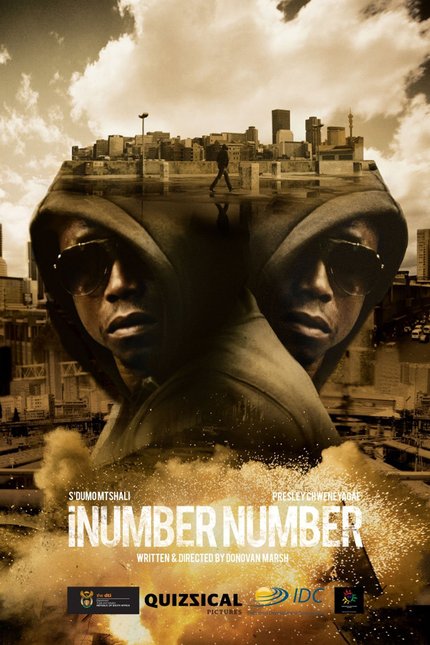 We have been outspoken fans of Donovan Marsh's South African action flick iNumber Number in these parts and are greatly looking forward to the original film's eventual release on US screens - and, yes, US distribution is in place, though not yet announced - and that release is sure to attract more notice now with word that Universal Pictures have optioned the film for remake.

Chris Morgan - the go to writer for the Fast And Furious franchise since Justin Lin took over the reins - and Emile Gladstone will produce the film for Universal via their Chris Morgan Productions with Aram Tertzakian from XYZ Films [where, yes, I am also a partner though I have no real involvement in this one at all other than liking the original quite a lot] also producing. Original director Donovan Marsh will not fill either role here.

Here's the synopsis of the original film from when it screened at the Toronto International Film Festival, and check out the trailer below.

Chili (S'dumo Mtshali) and Shoes (Presley Chweneyagae) have been partners in the police force for eight years. After they make a risky arrest, their corrupt superior refuses to give them the reward they are due. Enraged, Chili realizes that virtue does not pay and sets about infiltrating a gang of armoured car thieves. His scheme goes awry when the rest of the gang finds out his true identity. They take Shoes hostage and go through with the heist. Lured by the potential loot, but finding himself in the midst of a killing spree, Chili has to shake off his rage and cynicism to do the right thing.