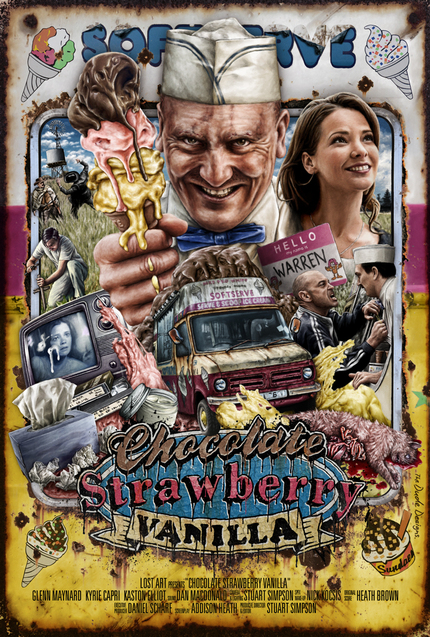 It's a Tom Hodge / The Dude Designs sort of day here on ScreenAnarchy, apparently. Just an hour ago we posted the trailer for Red Clark's Gray Matter, a short film based on the story by Stephen King also featuring typically stellar poster art from Hodge and now here we are with another Hodge design.

This one comes courtesy of Chocolate, Strawberry, Vanilla - the new feature from El Monstro Del Mar director Stuart Simpson. Soon to premiere as part of Australia's Monster Fest we're told a trailer should follow in the next couple days but in the meantime you can check out a large version of the poster by clicking the image below. Here's how the festival describes the film:

Stuart Simpson is a major Australian talent. His films defy genre and expectation. CHOCOLATE STRAWBERRY VANILLA is his best yet. A meticulously crafted journey into the fragile psychology of an ice-cream van driver, it is dramatic, black and hilarious. Glenn Maynard is incredible in the lead role. Unmissable! 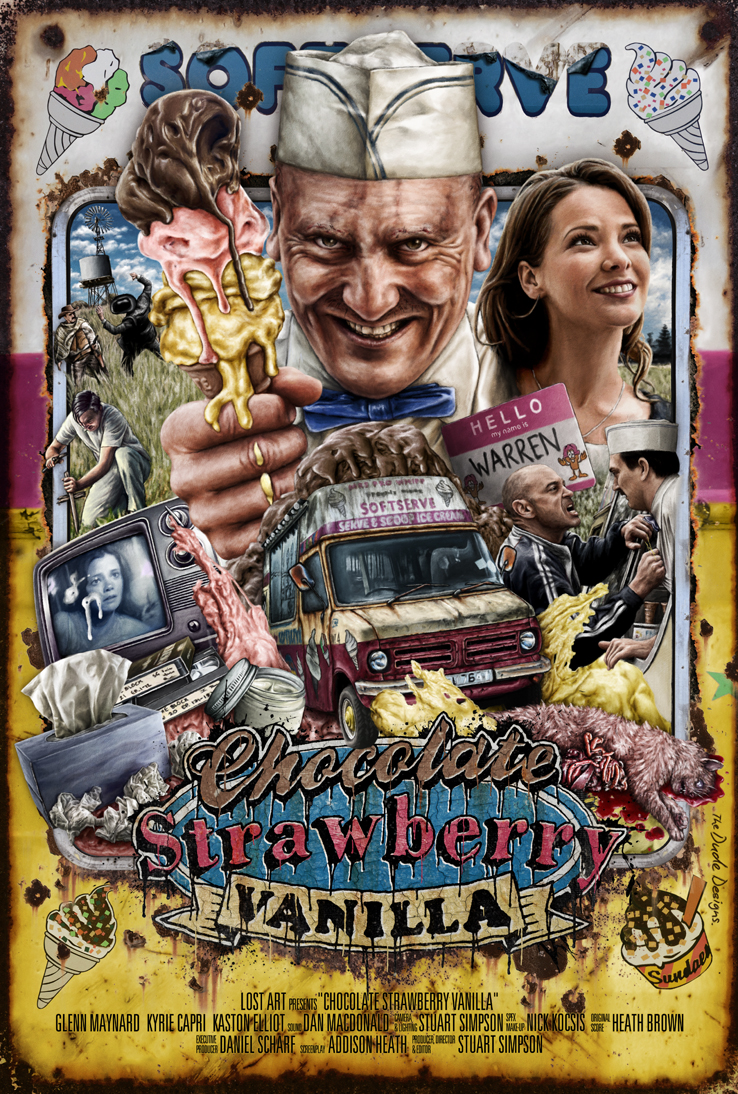