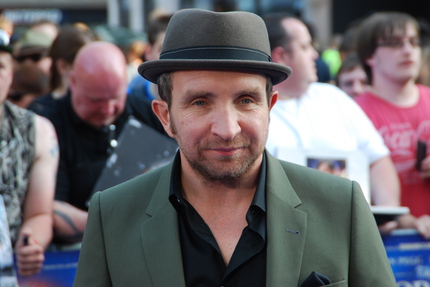 Those who have already read Susanna Clarke's Jonathan Strange And Mr Norrell are already fully aware that the novel is arguably a modern classic of speculative fiction, a magic-infused alternate history of England that stands with the very finest works of the genre. It's riveting entertainment and just fabulously written stuff and so the news that it was being brought to the screen by the BBC was met with much enthusiasm when word of the impending adaptation broke earlier this year.

Well, it gets better ... the principal cast was announced by the BBC today with Olivier award winning Bertie Carvel cast as Strange opposite impeccable character actor Eddie Marsan as Norrell. Veteran Dr Who and Sherlock director Toby Haynes is at the helm and while there is currently no air date set a 2014 premiere would seem likely.

Here's an official synopsis for the book for those unfamiliar:

In the year 1806, in the midst of the Napoleonic Wars, most people believe magic to have long since disappeared from England -- until the reclusive Mr Norrell reveals his powers and becomes a celebrity overnight. Another practising magician emerges: the young and daring Jonathan Strange. He becomes Norrell's pupil and the two join forces in the war against France. But Strange is increasingly drawn to the wildest, most perilous forms of magic and soon he risks sacrificing not only his partnership with Norrell, but everything else he holds dear.

Do you feel this content is inappropriate or infringes upon your rights? Click here to report it, or see our DMCA policy.
bbcbertie carveleddie marsanjonathan strange and mr norrellsusanna clarke