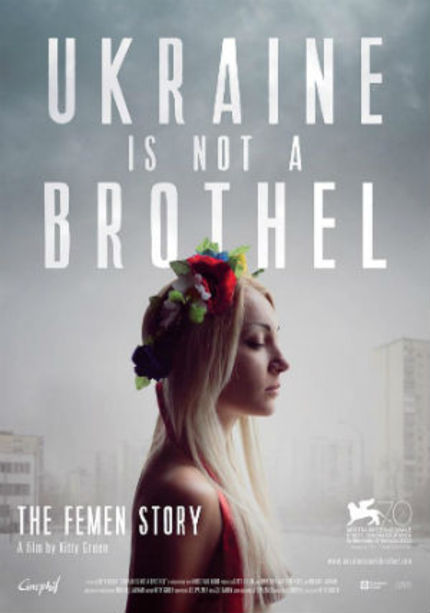 Recently screened at the Venice Film Festival, Kitty Green's documentary Ukraine is Not a Brothel has received a strongly positive response from two of my ScreenAnarchy colleagues who have seen it. Here is the festival's intriguing synopsis:


Ukraine Is Not a Brothel reveals the truth behind Ukraine's topless feminist sensation Femen. A movement that began in the snow-filled streets of a corrupt, post-Soviet Ukraine, Femen's naked war against patriarchy has taken the European media by storm. An intimate look into the lives of these women, however, and the bizarre revelation of the patriarchal forces that power this organization, prove that these titillating activists aren't the "fiery feminists" they claim to be.

The filmmaker says she spent a year living with five of the activists, "shooting protests and getting arrested with them." She feels that her film "speaks volumes about the brutal strength of patriarchal culture throughout the Eastern bloc."

The first trailer provides a peek at the violent reaction to the bare-breasted protests, and suggests that this is not a film to be taken lightly. You can watch it below, though due to the (non-exploitative) subject matter, it should be considered Not Safe for Work.