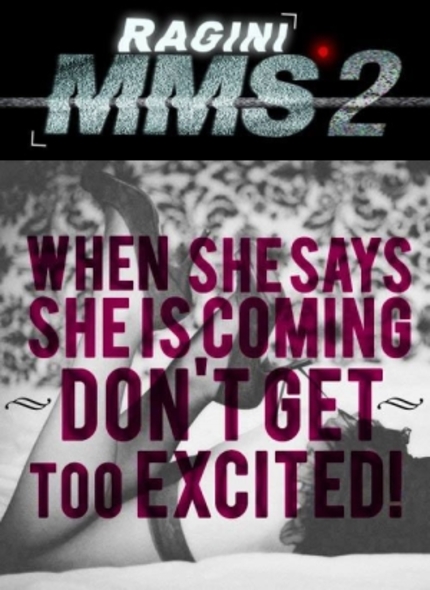 Canadian porn star Sunny Leone has found a welcoming home in Bollywood over the last couple of years.
Her first project was the disappointingly tame Jism 2, a film that disappointed even my moderate expectations. It showed only that she looks really great in clothes that are a couple of sizes too small. Earlier this year she made her debut as an item girl in Sanjay Gupta's impressively violent Shootout at Wadala, which showcased her wriggling ability, but not much else. As unimpressive as her acting skills are, it's become clear that the Indian film community is willing to accept her as an object of desire, which is sometimes enough.
Back in 2011, producer Ekta Kapoor and her new production company ALT Entertainment released what was Bollywood's first found footage horror film, Ragini MMS. That film performed beyond anyone's financial expectations, and as any reasonable producer would do, she started working on a sequel starring India's hottest sex symbol, the above-mentioned Ms. Leone. In the two years since Ragini MMS's release, ALT has produced a number of very decent features, Vidya Balan's tour de force The Dirty Picture among them, but they've paid the bills with B- and C- grade exploitation films. Ragini MMS 2 seems to fall in that arena.

A young enthusiastic crew and an over-the-top film director, visit a farmhouse on the outskirts of Mumbai, to make an erotica-horror!

The director casts Sunny Leone, the famous adult film entertainer as his lead to play Ragini. They decide to shoot in an actual haunted location... that leads to creepy & menacing happenings.

Ragini MMS-2 furthers the brand that was successfully created by its 'spooky-sexual' predecessor Ragini MMS.