Santiago 2013 Review: VER Y ESCUCHAR (SEE AND LISTEN) Makes You Warm On The Inside 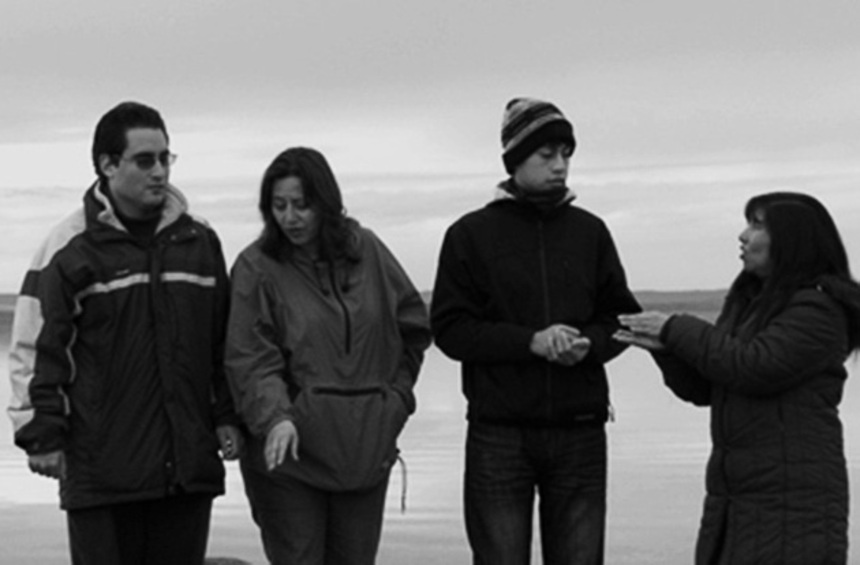 José Luis Torres Leiva has managed to make a name for himself in the reflective-contemplative advocates among those who study the new trends of modern cinema. Among his film projects are festival winners like The Sky, the Earth and the Rain and Summer, which played in last year's edition of the Rotterdam Film Festival.

Now he's just released a new film, a documentary this time, called See and Listen. It had its world premiere in the FIDMarseille of this year, and made its Chilean debut at the Santiago International Film Festival, where it played in the Chilean lineup, and finally grabbed the Best Director prize from the Festival. This particular movie has quite a road ahead of itself, and it's already bringing the prizes in.

Torres Leiva has flirted with the documentary genre before, like in the Chilean earthquake documentary Three Weeks Later that was filmed, as the title says, three weeks after the 2010 earthquake, showing us the destruction and despair of the people in the south of Chile. Then, there's the hybrid Women Workers Leaving the Factory that at one point was named by art-film director and festival favorite Apichatpong Weeresethakul as one of the 10 best films that he had seen in his life. But here's the thing, as the style of Torres Leiva has been almost a trademark in all of his work, either be fiction or documentary, in See and Listen this is subverted.

After years of making contemplative films with almost no dialogue, here there's almost no moments in which there aren't people talking, as this is essentially a movie about communication. We are presented with three situations/experiments of real life. The first one brings together a blind man and a deaf-mute; through their intermediaries, they have a day out, communicating to each other what their counterpart can't experience. We hear descriptions of the images we see and descriptions of the sounds we've already heard, but we're witness to each one's struggle to explain something that the other can't possibly understand, because each one has a mind that has never had the sense that the other has always been able to perceive.

Then we see the most emotionally powerful of the three stories, a father and his daughter, who is blind and deaf, only being able to communicate with the exterior world through her touch. The opening scenes of her segment show us how she is guided through a garden and given roses and trees to smell and touch, the only senses that she still has working fully. There's a special method for her to understand what people are saying, as she isn't able to see the sign language, she has to be spoken to her hand, with a series of gestures and signals that at times feel more like signs of love from those around her (her father and her best friend).

The final third isn't as powerful. It features people who have only recently been blind or deaf-mute, where the conversation veers toward the more social edge of those with special capabilities. But while passionate and important, it isn't in the same romantic and, at times, beautiful / emotional tone that the other two stories had.

With gorgeous black and white cinematography and a stupendous direction, this movie works more like an experiment, in which Torres Leiva tries to find beauty in the denial of the senses. He wants to be closer to the social reality of certain groups of society, yet he still finds more interesting topics and pure filmmaking moments, such as the beauty of describing the sound of a rock hitting the water.

Do you feel this content is inappropriate or infringes upon your rights? Click here to report it, or see our DMCA policy.
José Luis Torres LeivasanficVer y EscucharDocumentary