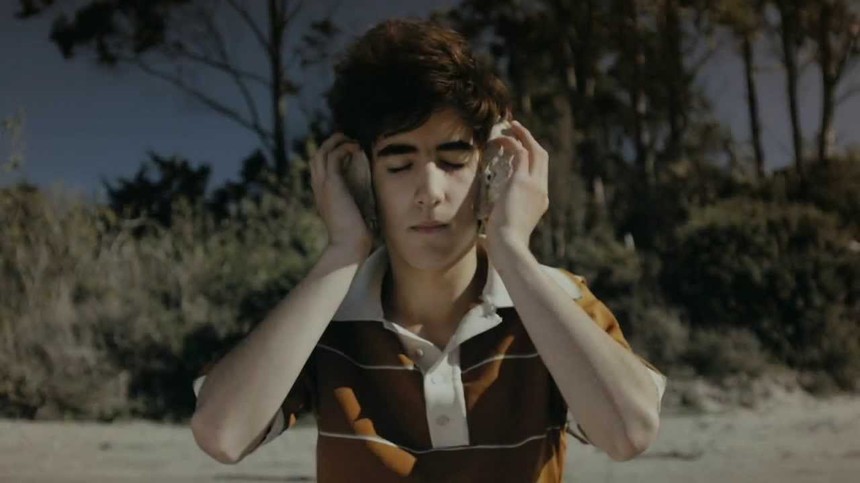 Chiloé is an island in the territory of Chile, and it's maybe the most interesting place in my country that I've yet to visit for myself. It's plagued with myths and legends, creatures and magicians, stories about ghosts and witches that could make up for a total lack of mythology in the rest of the country.

What is with this piece of land that has been so filled with creatures and events, obviously created to explain certain phenomena that happens only in the island? The Trauco (or Trauko) is one of the most famous, it's a dwarvish figure with great strength and powers, who has an particular taste for raping virgins.

Obviously it's a myth created out of necesity, the unmarried young women who ended up pregnant had to come up with an answer that wouldn't earn them any punishment from their parents, hence the Trauco was born. Usually the children that are born from single mothers are put to shame and called 'Son of Trauco' by the other kids and even their own parents, that's what happens with our protagonist, a 16-year old wannabe writer that is searching for truth, who was his father and what happened with him.

Our protagonist dwelves deep into the recent story of Chiloé, searching for the roots of his family, finding out different theories and stories about who his father was and how he died. This is much more a film rooted in the mystery genre, though it uses the mythology as a nice company to the plot for it to be come a bit more mystical than it needs to.

In a sense, as the contrived plot (including rape, suicide, shooting, crimes of yesterday, illegal burials, and mystical discoveries) came to an end, I realized that I was expecting a different movie from something called Trauco's Son, I expected something more related to the myths that I've learned to love since I was a kid. This is like a movie that takes place in Chiloé and that has people talking about myths here and there.

And the confusion and dissapointment that I had wasn't really something of my own, as the movie starts with a (crappy) 3D animation of a mythological figure raising from the sea and flying towards the island, something that has absolutely no relation to the plot of the movie in any way, shape or form.

Nevertheless, there's an intention of making a good mystery, it does get a bit confusing when people just keep twisting their words one way or another as they relate to our protagonist, and in the end we are given a nice bowtie finale that wants us to understand (flashbacks included) why and how the father died, and how little it actually has to do with the Chiloé mythology.

I'd say give it a watch, it could be a nice introduction to mythology, specially in the way that it works nowadays in modern times, as an excuse, as a myth that is used by liars to support their fantastic tales, but I'm still expecting for the movie that will truly make me experience those myths in the flesh.

Do you feel this content is inappropriate or infringes upon your rights? Click here to report it, or see our DMCA policy.
Alan Fischerhijo de traucosanficLuis DubóMaría IzquierdoHugo MedinaJuan Pablo MirandaAdventureComedyDrama