Opening In Australia: THE GATEKEEPERS, A Terrifying Bird's-Eye View Of Conflict 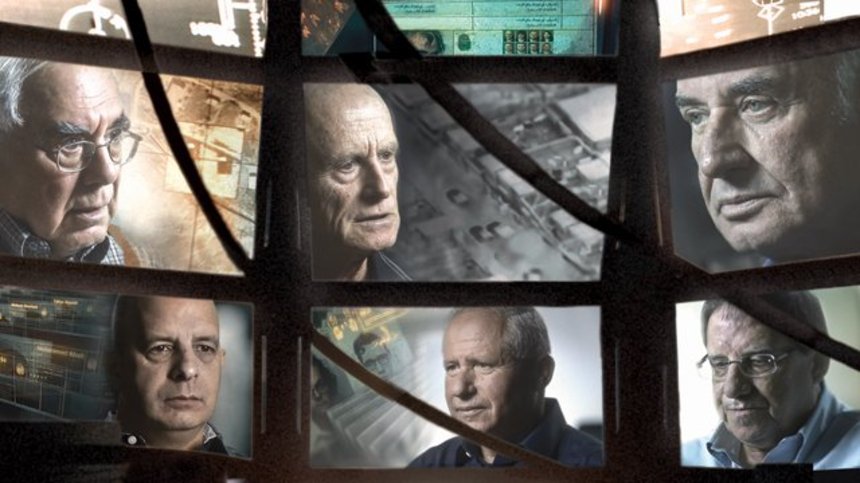 Opening in select theatres in Australia on Thursday, 5 September, The Gatekeepers is a truly powerful film.
Covering the never-ending war on terror and occupation from the early 60s until now, the film is half history lesson and half meta-spy retrospective. It is essentially 'Conflict 101' with one utterly crucial difference: The men behind these decisions, the former leaders of the Shin Bet, provide crucial commentary. These men are as shady as this counter-terrorism grp that they represent. Their conversations are frank but also orchestrated. The situation there has always been messy, but they claim responsibility for the successful prevention of attacks and push each failed decision on the politicians. It is hard to believe them, but I was irregardless captivated by them when I saw the film recently at the AICE Israeli Film Festival. The stories and key points in the already tumultuous history is given new and scary insight.
Jason Gorber recently reviewed the film for ScreenAnarchy and was also mesmerized by these classified details coming to light.

The Gatekeepers is a decidedly open and honest account from those at the forefront of the Israeli interior security apparatus, and the ambivalence they feel towards their protracted role in helping secure their state while combating acts of terror.

The film is unflinching at looking at some of the more egregious incidents attributed to the organization, from the failure to prevent the assassination of the Prime Minister at the hands of a radical Israeli Jew, to the incidents regarding captured hijackers who were then murdered once put into custody.

It is truly amazing how the film explores and breaks-down each event. Meticulous in its recollections and re-told through archival footage, bizarre first-person animation and through the talking heads of the Shin Bet men themselves. Jason elaborates on them.

It would be easy for those predisposed to find fault in this "occupier" regime to draw some of the more startling quotes, such as when Avraham Shalom actual equates the behaviour of the IDF to the actions of Nazi Germany. Out of context this is a shocking statement, fuel for an anti-Israeli crowd, and immediately putting on the defensive any that are staunchly pro-Israel, no matter what occurs politically in the country. As the quote plays out, you see the subtle point that Shalom and others are making, the real costs of living with neighbours that are participating in existential conflict with, the role of the religious right in Israel versus those on the Palestinian side who wish to crush what they see as non-endemic enemy state.

Ultimately, we both agree that the film requires a substantial amount of consideration and to simply state or assume what its stance is proves inefficient.

There's a tremendous amount to unpack in the film, and it would do the work injustice to approach it in a superficial manner. It's easy to see how a few quotes pulled from the main could lead one to draw very radical conclusions, but as a whole work Moreh and his collaborators have managed something quite remarkable indeed.

The Gatekeepers will be released by Madman Entertainment on 5 September. Visit the official Madman site for cinema locations and more information.

Do you feel this content is inappropriate or infringes upon your rights? Click here to report it, or see our DMCA policy.
AICE Israel Film FestivalDror MorehMadmanShin BetThe Gatekeepers

More about The Gatekeepers