Mister Rogers Is Coming To The Big Screen 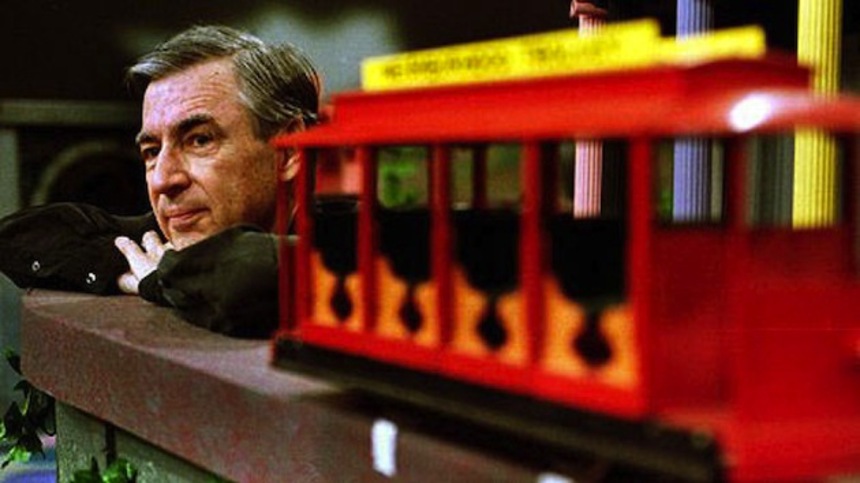 Jonathan Dayton and Valerie Faris, the directing duo behind Little Miss Sunshine and Ruby Sparks, have found their next project with an adaptation of Tim Madigan's memoir I'm Proud Of You, which chronicles his close friendship with Fred Rogers, host and creator of the seminal children's television program Mister Roger's Neighborhood.

The Wrap broke the news, citing that Micah Fitzerman-Blue and Noah Harpster have scripted Madigan's story which begins when Madgian was assigned a newspaper profile on Rogers in 1995, through Madigan's own dark times with his brother's death, and onto Rogers' own passing in 2003.

Fred Rogers, a Presbyterian minister turned children's TV show host, educator and author is  arguably one of the most fascinating Americans of the 20th Century for a man who understood childhood as a wonderful and challenging time, by which he then treated children as equals,  and for well, just being a good person, through and through. But being a good person rarely translates well to a cinema that often demands conflict. Bringing a little of Rogers' warm character to the big screen via Madigan's story seems like the smart route to take.

As someone who comes from a family of educators and early childhood advocates, as well as just being a child who grew up on Mister Rogers' Neighborhood, (I cried profusely the day of his passing), I eagerly await to see what Dayton, Faris and the rest come up with for the film.

Do you feel this content is inappropriate or infringes upon your rights? Click here to report it, or see our DMCA policy.
fred rogersmister rogers' neighborhood