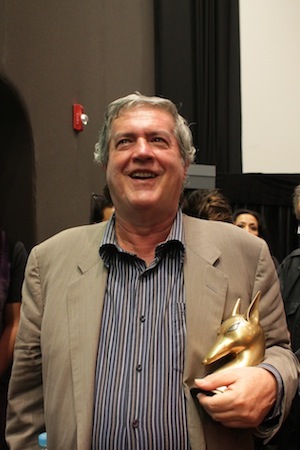 This is the second and final piece about my encounter with legendary Italian filmmakers Lamberto Bava and Luigi Cozzi at Macabro 2013. It's actually just about Cozzi, since Bava wasn't a participant of the conference, celebrated at Mexico City's Cineteca Nacional. Bava was simply another member of the public. The festival asked Cozzi to do a conference/master class about giallo, and well, he ended up saying pretty much everything you need to know about it, and then some.
Going from the history of the term "giallo" to personal stories about his relationship with Dario Argento, Cozzi's master class was something to smile at. Without any more prelude, I leave you the gallery with the most memorable quotes from the talk (and from the little Q&A that followed)!
Note: You can check out part one here.
(Photo by Claudia Aguilar Guarneros) 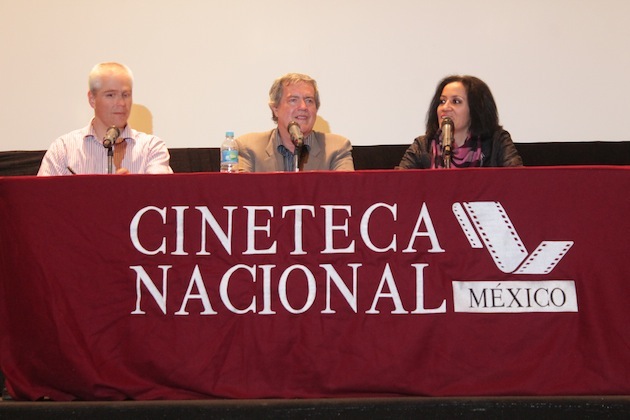 “The formula of giallo movies: murders, beautiful women; beautiful girls being killed by a maniac.”

“Giallo means yellow. The mystery movies have been called “giallos” because, in the thirties of the last century, the big Italian publisher (Arnoldo Mondadori Editore) started a collection with Agatha Christie, Edgar Wallace, the master writers of mystery books. He was selling those books in the newsstands in Italy and decided to put them with a different color in order to let people understand immediately that those books were mystery books. He decided to make the cover yellow.”

“The fascists didn’t want the Italian people to know that murders were committed in Italy. They said under fascism everything was to be perfect. So (Benito) Mussolini didn’t like gialli very much. At the end of the thirties, the fascists ordered the publishers to stop publishing gialli. The giallo disappeared from Italy until 1946, after the end of the war and the fall of fascism.”

“While the books were being sold, Italian movies weren’t making giallo. They were mostly relying on comedies.” 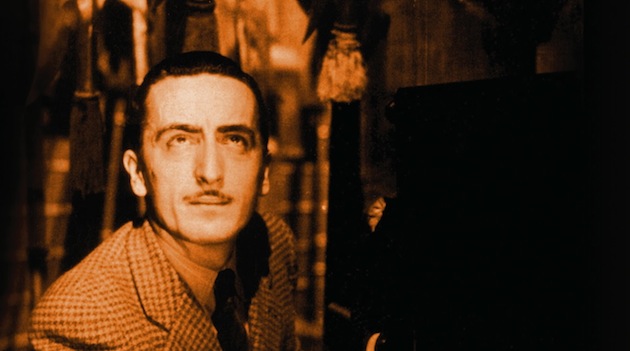 “The first Italian giallos in the movies were at the end of the fifties. Two very good movies came out, auteur movies but also very good giallos. One is Il Rossetto (aka Lipstick) by Damiano Damiani, who later came to be a famous director. And the second one, the better one, a real masterpiece in my opinion: Un Maledetto Imbroglio (aka The Facts of Murder), by Pietro Germi, a very famous director who made big hits at the box office. Both films were giallos in Rome, in our society, nothing to do with Agatha Christie. They were realistic giallos.”

“Then in 1963 we had Mario Bava. He made The Girl Who Knew Too Much, which was a mix between a comedy and a giallo. It was very important because it set style for what was going to be the Italian giallo. We had the strange killer, the strange lighting, characters and not much police in the story. This is a big difference. In the former movies starring Pietro Germi, the police was the key the investigation. Bava started the story without police; there was police but not important in the story. The girl had to solve the problem, to discover who was the killer. This is the real start of Italian giallo.”

“Mario Bava made another classic: Sei Donne Per L’assassino (aka Blood and Black Lace). He was inventing colors. A fantastic thriller with a mysterious killer.”

“Bava’s movies weren’t big hits in Italy so the producers thought that giallos couldn’t work. The Pietro Germi giallos were considered auteur movies, of the A category. Bava’s were considered B movies.” 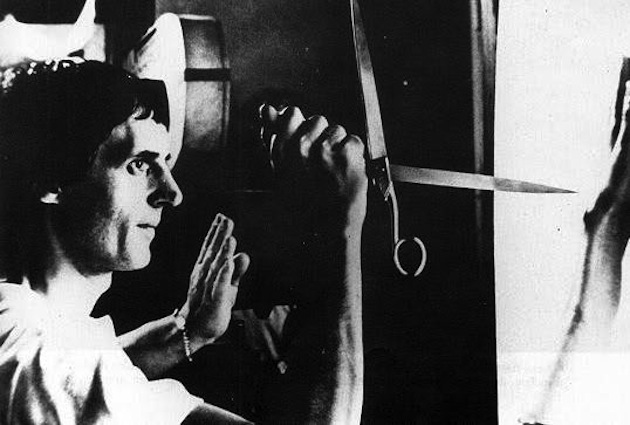 “In 1969, Dario Argento comes into the scene. He vas very young at the time, I think he was 29. He had already written Sergio Leone’s Once Upon a Time in the West. And he wanted to make a giallo as his first movie as a director. He wrote the script and tried to find the producer for it. He tried hard with Roman producers, but nobody liked the script. It was very new.”

“Dario finally succeeded in making his picture thanks to the fact that his father was a producer and joined him in this effort. At the beginning, the picture (The Bird with the Crystal Plumage) started very slow at the box office.”

“The Bird with the Crystal Plumage opened in the US in May, 1971 or 1970. In New York it became the #1 at the box office. This changed Dario’s life because American producers said: we want another movie but now with “real” American actors. Tony Musante is an American actor but nobody knew that! So they sent in James Franciscus and Karl Malden to be in this second movie, The Cat o’ Nine Tails, which was made in a big rush. It was a terrific hit at the box office. Everybody was talking about giallos.”

“Italian producers said: we must try to do something similar (to that of The Cat o’ Nine Tails). We don’t need to pay big actors, we just need a story with a killer killing around and we can make money. That started the giallo following. Dario had the idea of the titles with animals, which was a totally brand new idea, and then everybody was making pictures with titles of animals. And they were making money too. People liked Dario’s pictures and even went to see imitations.” 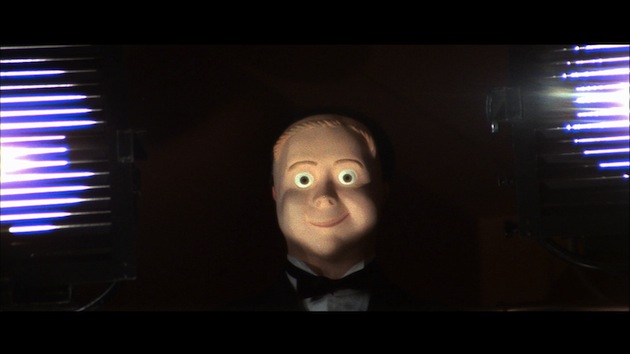 “In the three following years, in Italy were made more than 100 giallos. Some are good, some are original, strange, but most are cheap, not interesting. But there were some good imitations. Dario himself continued making them.”

“I worked with Dario on Four Flies on Grey Velvet. He was editing The Cat o’ Nine Tails and called me for his third movie. He told me the title (Four Flies on Grey Velvet) and that he didn’t have a story. Dario said, “Luigi, these books have some very good murders. Read them, see the murders and see if we can find the way to put similar murders in our movie”. We started writing the murders first, we didn’t know who was the killer. A very strange way of working.”

“I later worked with Dario in pictures like Phenomena, I did all the insects in that one. I also started to make my own movies and when I made my first giallo (The Killer Must Kill Again) I decided to change. I was sick of these killers with the black gloves, nobody knew who they were until the end. So I said, ok, the first shot of my picture is the face of the killer.”

“The fondest memory about Argento is that we were young. I was 23 and he was 29. Everything was beautiful.” 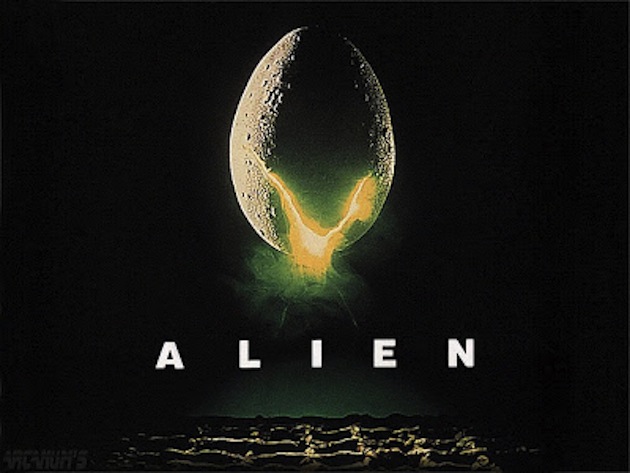 “Starcrash is full of humor. It’s like a comic strip from the fifties. Very silly things.”

“Contamination seems to be an Alien copy. When I went to the producer, I said, have you seen Alien? I would like to do something similar… you know the egg? And the producer was like, yes, I have seen the poster. Italian producers never went to the cinema, they just looked at the top-grossing list every morning. But he had seen the poster of Alien with the egg, and I said, “we are going to have a picture with 100 eggs, but it will cost like a B movie!” He said: wonderful, bring me the story!

"I brought him a poster, not the story; a big poster with the original title (Alien Comes to Earth) and a big thing like an egg. The producer said it was fantastic. The day afterwards I brought in one paper, the storyline. With that and the poster, he talked with the distributor, made the deal, and Contamination was born. Then the problem was mine, to write the picture in just five weeks!” 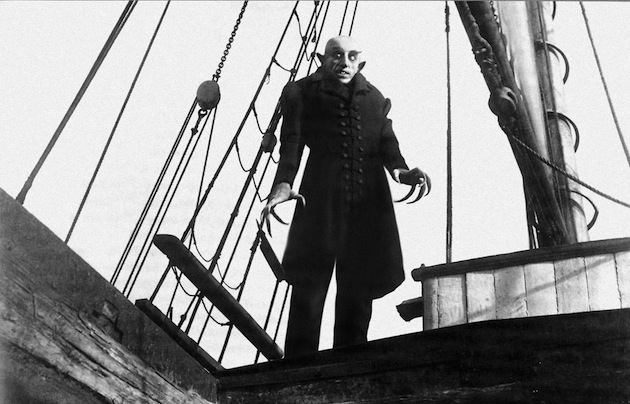 “Guillermo del Toro made beautiful movies in Spain, with a lot of atmosphere and tension. And then I saw Pacific Rim, a classical video game movie. This is what happens. You want to do an auteur movie, like del Toro did in Spain, or you go to the Hollywood system and make Pacific Rim. Everybody wants the millions of dollars.”

“I love B movies but I also know how stupid many of them are. I love them because they’re stupid.”

“When I was a kid I saw the pictures of Abel Salazar and Fernando Méndez. Ladrón de Cadáveres (aka The Body Snatcher), I was mad with that one, I loved it. It was totally silly and I still love it today. I wanted to create something like that. But I couldn’t be deadly serious.”

“(My favorites movies are) The classics: Nosferatu, The Cabinet of Dr. Caligari.”

Do you feel this content is inappropriate or infringes upon your rights? Click here to report it, or see our DMCA policy.
Dario ArgentoLamberto BavaLuigi CozziMacabro 2013Mario BavaMexico City International Horror Film Festival