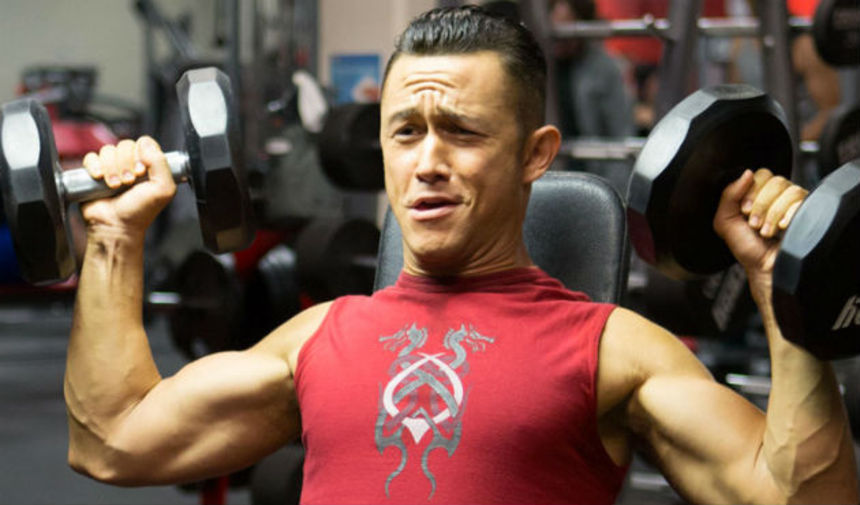 Don Jon showcases his skills as a triple threat: he wrote, directed, and stars as the titular character, a man who is not as grown up as he thinks he is. The movie is funnier and less sordid than might be expected when the lead character is someone who is obsessed with masturbating to pornography. He's not the only one with a personal obsession, though, as he discovers when he begins dating Barbara (Scarlett Johansson), a strong-willed woman with her own ideas about happiness, and then later becomes friends with Esther (Julianne Moore), a sensible woman dealing with multiple issues.

One night in late August, Gordon-Levitt introduced the film to a packed auditorium in Dallas, and the following day sat down in a large, otherwise empty hotel meeting room for an interview with ScreenAnarchy. He has a ready, disarming smile, and waits patiently through my extended introductory comments, in which I awkwardly attempted to establish common ground. (We both attended the same Los Angeles-area high school, though obviously many years apart.) Once I asked something vaguely about the movie, however, he picked right up on that thread to correct a mistaken impression I had (that Jon's family is Italian).

ScreenAnarchy: Mumble, mumble, something about how the movie features an Italian family.

Joseph Gordon-Levitt: [After kindly correcting me.] My interest was in making a movie about a character who was not from an affluent upbringing, but in someone who was from an ordinary, middle-class upbringing. It's a story about a guy ... being confined to a mold, and, hopefully, over the course of the movie you see him start to break out of that mold.

One of the pleasant surprises of the film is that the character comes to that realization slowly and subtly.

I don't think he does think he needs to change, for most of the movie.

He seems pretty happy with what he's doing, without even being aware of how he comes across to other people, until he meets Barbara (Scarlett Johansson). And it's only because he can't get her into bed right away that makes him think about what he can do to make himself more appealing to her.

I think he's happy to some degree, but I think he's also dissatisfied from the very beginning. He's looking for something more, because he's constantly comparing his real life to his fantasies, constantly comparing, specifically, his real sex life to fantasies he gets from pornography and other media. There's always that dissatisfaction that's driving him, so [he's wondering], 'Alright, so I keep scoring every week with a girl, I'm always hitting the threshold of 7 or 8 [out of 10 in the looks department], I'm always hitting that, then why ...'

He's watching a video that he really likes and he says, 'Why can't real pussy be like this?' So he's always dissatisfied, and that's what leads him to think, 'Maybe I should try what I'm conventionally supposed to do, what my mother would want me to do, what the moral norm would be to do, and be a boyfriend. Find the prettiest girl in the room and make her my girlfriend and do all that.' So he tries that.

He has a decent job, and he seems to have a base of friends and family who support him, to an extent, emotionally. Would he have changed on his own, were it not for Barbara and Esther entering his life?

All that has to happen. I'm glad that's coming across to you. Even though his relationship with Barbara is severely flawed, when [something happens that is a spoiler], he's feeling vulnerable, and even though he can't articulate or put his finger on it at first, he's questioning. 'What's wrong with me?' ...

... All that has to happen for him to change a bit.

Thus concludes the first part of our conversation, which we'll pick up again later this week. Don Jon opens wide in theaters across North America on Friday, September 27.