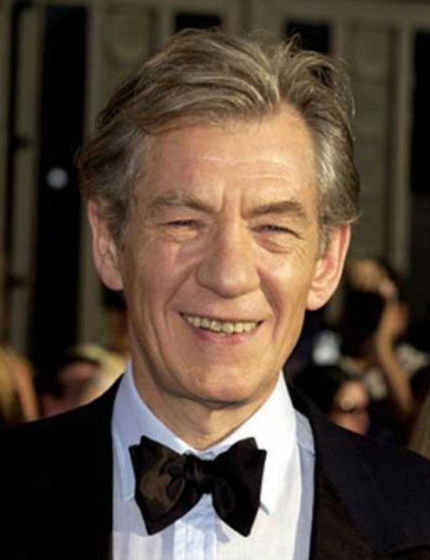 Ian McKellen and Bill Condon will reunite for A Slight Trick of the Mind, a stand-alone, solo Sherlock Holmes mystery.

The premise is that Holmes is an old, musty, retired detective haunted by a case from his youth. With his memory waning -- and no Dr. Watson to assist -- Sherlock must solve his greatest mystery! It's based on a novel by Mitch Cullin. Condon will direct, but the script duties are in the hands of Jeffrey Hatcher (Stage Beauty, Casanova), according to The Hollywood Reporter.

McKellen and Condon previously teamed for 1998's Gods and Monsters, in which McKellen played the great (retired) director James Whale. That was a very strong drama that earned Condon an Academy Award for best adapted screenplay, while McKellen was nominated as Best Actor. And from the sound of it, this could be potential awards material.

Shooting is scheduled to get underway in April 2014. Condon's latest film, The Fifth Estate, will enjoy its world premiere tonight as the opening night presentation of the Toronto Film Festival. McKellen will next been seen in Peter Jackson's The Hobbit: The Desolation of Smaug, which opens in December.

Do you feel this content is inappropriate or infringes upon your rights? Click here to report it, or see our DMCA policy.
Bill CondonIan McKellenSherlock Holmes