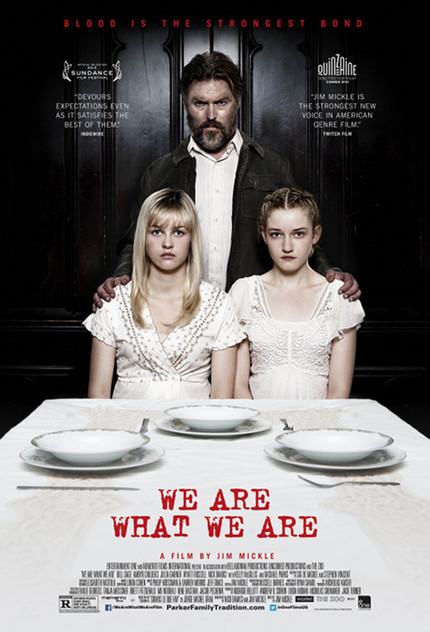 Currently gearing up for its theatrical release following a successful festival run that included both Sundance and Cannes, Jim Mickle's remake of Jorge Michel Grau's We Are What We Are has just released its first trailer. And if you wanted a taste of the American gothic tone of this back country cannibal tale, the trailer serves it up in spades.

Mickle's one of the best things going in American horror film in recent years and his adaptation of the source material finds more than enough fresh nuance to make it his own. Check the trailer below.