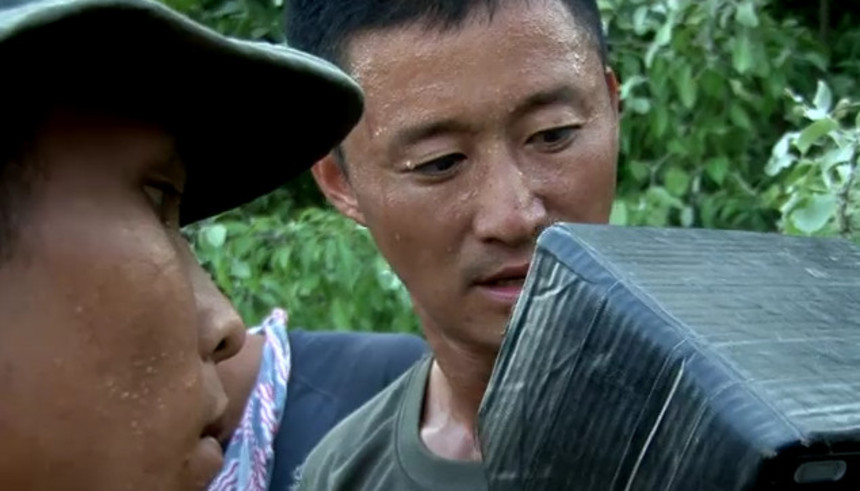 Great things have long been expected of Chinese screen fighter Wu Jing - a multiple time Chinese national wushu champion who trains under the same master as Jet Li - particularly since his breakout performance in 2005 effort Sha Po Lang (released in the US as Kill Zone) opposite Donnie Yen and Sammo Hung but, for a variety of reasons most of which having to do with poor management and poor selection of roles, the on screen success has never really arrived for the talented fighter in the way many expected. And so now he's trying something a little different.

Having already turned in work as a fight director and co-directing Legendary Assassin, Wu is now stepping behind the camera for the first time as a solo director on a Chinese military themed action film titled Wolf. And who's the white guy on set? That'd be Scott Adkins in a key role. Adkins - as fans of the Undisputed series know very well - is one hell of a fighter himself so an Adkins versus Wu fight is very definitely something to look forward to. Check out a behind the scenes video below.

Do you feel this content is inappropriate or infringes upon your rights? Click here to report it, or see our DMCA policy.
kill zonemartial artsscott adkinssha po langundisputedwolfwu jing