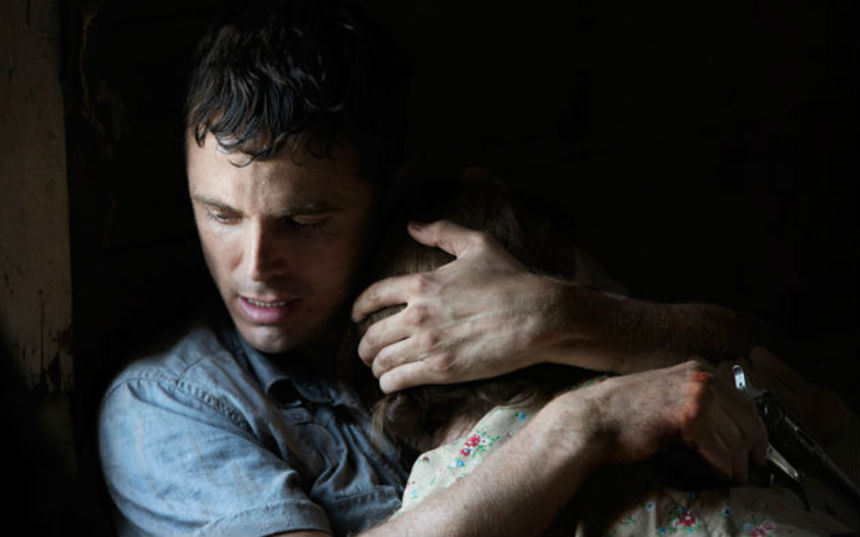 As someone who spends a good portion of his days talking and writing about cinema, there comes an interesting moment when certain difficulties as to how to communicate rear their ugly head in either form of discourse.

Sometimes it is far easier to jump in and engage with another person directly -- it can be fast and visceral; a true rush, though I always hope for a healthy discourse. Writing about cinema, I find, is usually the opposite. It is largely a meditative process for me, one where I take careful consideration in how I would like to present a film to an audience of readers I have no personal or direct ties to, other than what I hope is a love for the medium.

And writing about a film one has admiration for, but is less than enthused about, is a lot harder than merely citing whether it was 'good' or 'bad.' But that's the easy way out. Always. Never take the easy way out. As it were, I'm here to engage with myself, the film and whomever is prowling these pages, and write about the experience and the meaning.

So... Ain't Them Bodies Saints as an experience is one full of brooding atmosphere, mired in the mythology and iconography of the Western. There were a lot of great Westerns made in the 1970s, and for what it's worth, it's kind of wonderful that Saints is a Western that takes place in the 1970s. As for a meaning, whether of my own devising, or consistent with Lowery's vision, I wasn't all that compelled to discover one in the film.

Ruth Guthrie (Rooney Mara) and Bob Muldoon (Casey Affleck) are two young Texas lovers who are on the lam after a string of robberies. Holed up with their accomplice, who goes and gets himself shot to death after opening fire on the police, Ruth takes up arms and injures young Sherffif's deputy Patrick Wheeler (Ben Foster). Bob is determined to walk out alive. He confirms with Ruth that the money they've stolen is safe. He takes the pistol from her and wipes it clean, sealing his fate. They walk out arm in arm, head to head.

Bob writes Ruth from prison, telling her of the day he will simply walk out that cell door and back into her arms. Ruth soon gives birth to a baby girl named Sylvie. As the years pass on by, Ruth and Sylvie live a quiet life. Skerritt (Keith Carradine), an adoptive father figure for both Bob and Ruth in their adolescence, watches over them, while Patrick takes his own liking to Ruth, taking it upon himself to provide additional support. Soon enough, Bob has escaped, three bad men roll into town, and Ruth finds herself questioning everything. 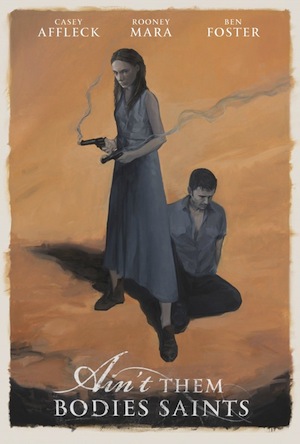 What's fascinating about Lowery's choices as a storyteller is that he eschews what we expect from a plot like this at nearly every turn. Violence is kept to a minimum. In most cases it is sidelined to the periphery of a scene or else the action is missed almost entirely, a character stepping out on a front porch to fire that last and first fire shot which wipes away the danger with such anti-climatic nonchalance that we barely can register it.

Then again, when we expect a love scene, we move to a shoot-out; when we expect big heroic moments, we get broken people and the duties that drive them to fear and to fight. I admired the film for its cool, languid pacing, its resistance to the sensational and sentimental as well as alpha male posturing that can come along with many a Western. There is a persistent defusing of tension to such a point as to where it becomes almost mute, something that feels like pre-dread, if one can say such a thing. Something bad will most undoubtedly happen.

Bob, confidently, perhaps naively, tramps on, plans in motion, while Ruth ruminates just on when that bad will show up. In fact, characters act as if they're already dead; ghosts remembering their lives in broken monologues and half-worn turns of phrases and fairy tales that'd make the devil himself proud. Indeed, these people live in a world of perpetual shadows and twilight, much of the film taking place at dawn, dusk, or somewhere around midnight.

It is the look of the film, then, which largely falls to Bradford Young's cinematography, that I found to be its strongest asset. There is a soft haziness to nearly every shot, as if lit only by an oil lamp or the milky light of the moon gently wrapped in soft spring clouds. The pastoral haunts of an old world on the edge of the modern whispers from every frame -- whether indoors at the dive bar Bob hides out in, or in the fields and forests which, in nature's own patient way, feels as if they will swallow the town of Meridian whole.

Ain't Them Bodies Saints wears its influences clearly, embracing the lyrical trappings of Terrence Malick's Badlands, a plethora of Westerns and anti-Westerns alike, the weather-worn pages of some half-finished Cormac McCarthy novel, and the bruised and scratchy canvas of an Andrew Wyatt painting -- Wyatt's most famous painting, "Christina's World," nearly feels like a missing shot of Ruth from the film; a yearning for the living, off somewhere far away, yet so close .

Where my interest and engagement begins to wane is largely in the performances and what's on the page, or rather not. Rooney Mara looks pretty and sad and tired, but that is merely it. She looks those things. I couldn't get anything beyond that mere look. Affleck, for his part, takes more than a cue from his role as Robert Ford in The Assassination Of Jesse James By The Coward Robert Ford, putting on practically the same accent with a similar lopsided-charm and man-boy eagerness. It works, but it was more compelling in Andrew Dominik's film.

Carradine plays the old timer who knows trouble and won't have anything to do with it unless he must. He's no-nonsense and straight in just how serpent-like he can get, but his role ends up being nothing more than a well worn trope.

Foster's Patrick, then, is the surprise standout for me. Yet if one knows Foster's work, and his chameleon-like abilities, it's not so much of a surprise. Patrick's kindness to Ruth and Sylvie goes beyond touching merely for a truth that we are privy to and he is not... or perhaps he is aware of who shot him. In a film full of shattered specters, Patrick somehow accepts the world he lives in with a generosity and depth of empathy that feels rare in almost actually any film. I usually don't like to rattle the awards bell, but I'd certainly smile if I saw Mr. Foster's name on the lists of nominees come year's end. That's also just as much a testament to Lowery's writing as anything, but that is where my praise ends and I begin to encounter merely that admiration for his unorthodox, if still traditional approach.

As someone who watches what comes off the festival circuit, and especially from Sundance where Saints premiered, I can say with some confidence we certainly need more American films like this one. I am much more inclined to champion a moody tale shrouded in broken Americana, something that takes risks even to a fault, over films such as The Spectacular Now and Fruitvale Station -- films I find to be trite and ultimately very mediocre on all fronts. But I digress...

I usually know within the first 15 minutes of a film if I am on board with what it's selling. Ain't Them Bodies Saints kept me at arms length for much of its running time. I was never bored yet neither compelled, until the last act when I realized a little knot had turned in my stomach and I thought, "You got me, Mr. Lowery." But as soon as I realized that, it unraveled, lost in the ether between me and the screen.

Much as the film ends on a sigh and a story about the future, so do my feelings on the film come to a close. I may not be able to fully get behind Ain't Them Bodies Saints, nor am I a fan of Mr. Lowery quite yet, but I imagine down the line I could be.

Review originally published in slightly different form during the Los Angeles Film Festival in June 2013. The film opens in limited theatrical in the U.S. on Friday, August 16, with a national rollout to follow. It will also be available to watch via various Video On Demand platforms on Friday, August 23. Visit the official site for more information.

Do you feel this content is inappropriate or infringes upon your rights? Click here to report it, or see our DMCA policy.
Casey AffleckDavid LoweryRooney MaraBen FosterKeith CarradineCrimeDramaRomance