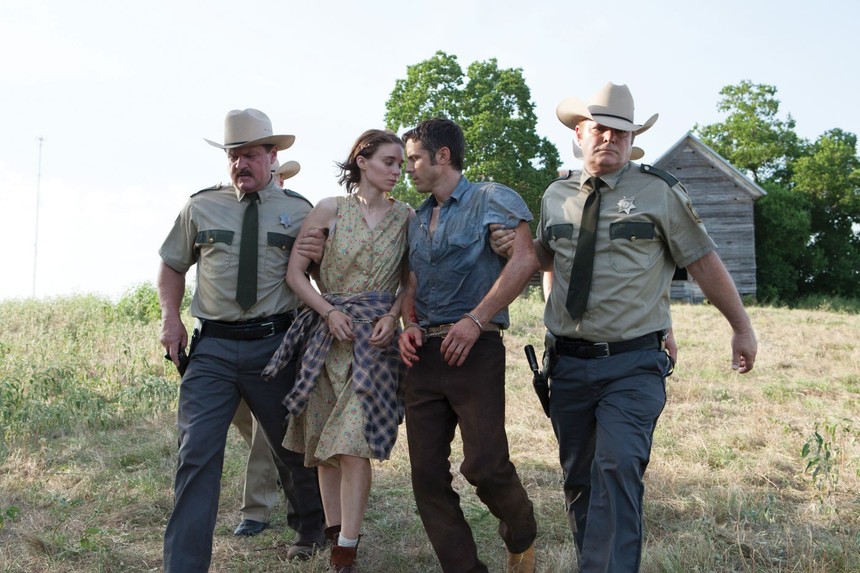 You read that right! IFC Films is hosting a special screening of Sundance hit Ain't Them Bodies Saints next week in Beverly Hills -- and ScreenAnarchy has got a handful of tickets for our readers. You want a pair? Just shoot an email to [Edit: Contest is over! Winners have been notified] and let us know if you need one or two tickets. Don't wait, as we only have a few and once they're gone, well...

The screening will take place on Tuesday, August 13 at 7:30pm in Beverly Hills, CA.

Set against the backdrop of 1970's Texas Hill Country, AIN'T THEM BODIES SAINTS is a romantic American story that follows three characters on various sides of the law - outlaw Bob Muldoon (Casey Affleck), his wife Ruth Guthrie (Rooney Mara), and a local sheriff named Patrick Wheeler (Ben Foster), who gets caught in their crosshairs. The film, which is the second feature from writer-director David Lowery, was developed at the Sundance Institute's Writing and Producing Labs and also stars Nate Parker and Keith Carradine.

IFC is dropping the film in limited release on August 16.

Do you feel this content is inappropriate or infringes upon your rights? Click here to report it, or see our DMCA policy.
Casey AffleckcontestsRooney MaraDavid LoweryBen FosterKeith CarradineCrimeDramaRomance