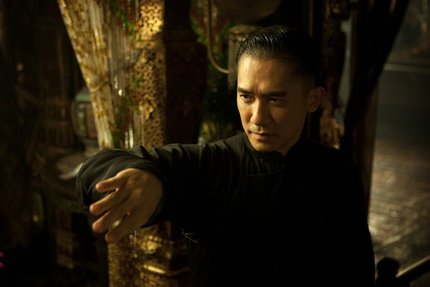 Judging by the U.S. cut of The Grandmaster, in comparison to the version released in Hong Kong, we Americans must be really dumb.

The Hong Kong version, available on Blu-ray in Asia, runs 130 minutes. The U.S. cut runs 108 minutes. But it's not simply a trim job; the U.S. edition is so significantly edited that it qualifies as a different movie.

By adding, subtracting, and re-arranging dramatic footage, the rhythm and pace changes; by removing historical footage that provided context and replacing it with explanatory title cards, it now unreels as something closer to a traditional bio-pic -- with plenty of crunchy fighting and doomed romancing -- with the instructional value of a high school history lesson inserted, rather than an elegaic tribute to a lost martial arts world.

While it was great to see big chunks of a movie that I've quickly come to love on the big screen with an attentive audience, it was disconcerting and disappointing to see that the attempt to 'Americanize' the movie had turned what is very close to a masterpiece into a sliced-up pizza with all the toppings removed and piled on the side.

It's small comfort to report that the original language audio remains intact. At least "Kung Fu Fighting" was not added to the soundtrack... 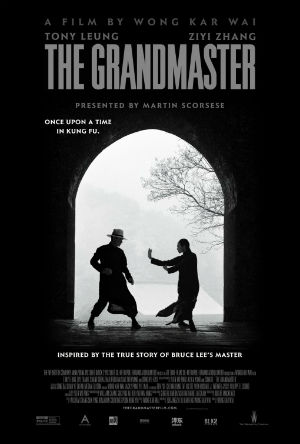 Why was the movie changed?

Wong Kar-Wei recently told the Wall Street Journal: "The U.S. version is more straightforward and linear. The Chinese audience is more interested in experiencing the history. In the U.S., it's more about the story ... I took it as a challenge. Instead of doing a short version, I wanted to do a new version. I wanted to tell the story in a different way."

The actors are also publicly supporting the U.S. cut. Tony Leung said: "I think it's wise for him to do a version for Americans. It's much easier for them to follow." Zhang Ziyi added: "In my opinion, I like the American one. It's clearer. Easier for foreigners."

The Weinstein Co., known for popularizing international films in the U.S., is also notorious for chopping up films with the goal of making them more palatable for American tastebuds, at least as they perceive them. Wong Kar Wai, known for making subtle, gorgeous works of art, is also notorious for 'discovering' his films in the editing room, and for tinkering with them until the very last moment possible. It's easy enough to imagine him saying to the Weinsteins, 'Oh, you'll pay me to spend more time in the editing room? Cool!'

Whatever the motivations involved, the results speak for themselves.

The original version prompted our Asian Editor, James Marsh, to write the following:

"Wong Kar Wai, Hong Kong Cinema's most prestigious auteur, finally delivers his long-gestating biopic of Wing Chun pioneer Ip Man, and it proves an action-packed visual feast. Light on narrative, but oozing Wong's trademark elegance, the film weaves the director's familiar themes of love, loss and the corrosive nature of time around some of the most gorgeous martial arts sequences ever filmed. ...

"The story begins in Foshan province, where at the age of 40, Ip Man (Tony Leung) is happily married to a beautiful, doting wife (Korean actress Song Hye-kyo), lives off a healthy inheritance, and has continued the family legacy of advocating Wing Chun, a simplified yet remarkably effective form of kung-fu. At the Golden Pavilion, a local brothel patronised by many of the region's finest martial artists, North-eastern Grandmaster Gong (Wang Qingxiang) challenges the best Southerner to a fight, before he returns North. After seeing off his rivals from the other local martial arts schools, Ip Man comes forward, only to demonstrate that intelligence and restraint can prove as powerful weapons as kung fu. Ip insists that Northern and Southern martial arts can co-exist peacefully, and Gong leaves humbled, yet satisfied."

The U.S. version shears off a chunk of footage that comes before the fight between Grandmaster Gong and Ip Man. The footage includes a key conversation between Gong and his top disciple, Ma Shan, and makes it clear that there is an eternal conflict between generations, the old and the young, that ties into a view of martial arts as something more important than a mere sporting endeavor.

In other words, the question of who will become the next Grandmaster is more complex than simply, who wins the fight? Removing this footage allows the U.S. version to go almost directly to the sequence that James described next. 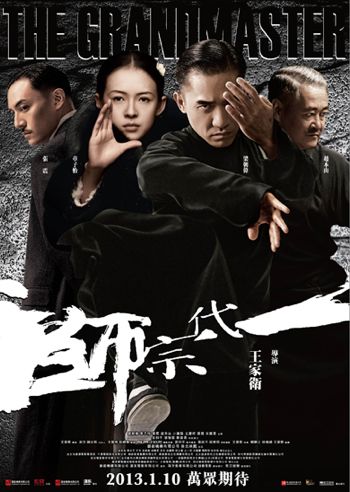 "Master Gong's daughter, Gong Er (Zhang Ziyi) is less satisfied, however, and returns to challenge Ip Man herself. During their fight, they share the briefest moment of attraction, awakening a forbidden yearning within them both. Gong Er returns home, only to discover that her father's best student, Ma Shan (Zhang Jin), refuses to accept his master's defeat, and kills him. Gong's dying wish is that the two reconcile and marry, as the last remaining practitioners of Gong's revered 64 Hands technique. However, Gong Er vows to have her revenge."

The U.S. version goes almost directly from Gong Er's departure after the fight to the Japanese invasion of China. It keeps the emphasis on Ip Man, rather than on the broader themes of martial arts and their place in the modern world.

"Many of the recurring themes that Wong allows to permeate his work resurface in The Grandmaster. Characters have fleeting encounters that are never built upon, but which continue to haunt them for years afterwards. Time proves once again to be everyone's greatest enemy, not only causing people to grow old, but also to forget the things they held most dear - and in this film particularly, the idea that age makes them weak, and less able to defend themselves plagues them relentlessly."

The U.S. version places much less emphasis on time as an enemy and the effects of aging. It's much more concerned with Ip Man as a man of action. But it still insists on identifying major characters with on-screen titles, with their name and a brief description of their duties or responsibilities, which contributes to the idea that we're watching a school lesson come to life.

"Because, of course, for all its melancholy musing and forlorn contemplation, this is a film about martial artists and The Grandmaster is one hell of a beautiful kung fu movie. ...

"The Grandmaster remains first and foremost a Wong Kar Wai film, employing a very slow, deliberate pace throughout and dedicates long periods of time to watching its characters ponder the great mysteries of life, or more often, wallow in their own regrets and missed opportunities. But this is interspersed by some truly fantastic action, which should delight kung fu fans and arthouse cinephiles alike. In The Grandmaster, Wong Kar Wai has crafted the best-looking martial arts film since Zhang Yimou's Hero, and the most successful marriage of kung fu and classic romance since Crouching Tiger, Hidden Dragon, and is more than deserving of that film's measure of international success."

I've quoted extensively from James' review -- which you can read in its entirety here -- because I agree with nearly everything he wrote, based on two viewings of the movie on Blu-ray.

The U.S. cut keeps the action sequences, but drops some of the key dramatic elements that made the 130-minute version special. By changing up the mood, pacing, and focus, Wong Kar-Wai has, indeed, succeeded in creating "a more straightforward and linear" movie. But now it tells a story we've heard and seen before, and nothing more, without the distinctive touches that made the longer version much more than a run-of-the-mill, slowly-paced martial arts flick.

As a longtime admirer of Wong Kar Wai, I can't help but be disappointed by the U.S. version, which feels like The Grandmaster Lite. Frankly, I don't need more movies that dispense with history and culture, and are easy to follow; I can get those every weekend of the year at the multiplex. I want films that challenge and engage me, and reward that effort. The U.S. version doesn't do that.

The Grandmaster opens in select U.S. theaters on Friday, August 23, before expanding nationwide on August 30.

Do you feel this content is inappropriate or infringes upon your rights? Click here to report it, or see our DMCA policy.
hong kong cinemaThe GrandmasterThe Weinstein Co.Wong Kar Wai