Natali, Gudino, Sullivan And More Bring Terror To The Small Screen With DARKNET 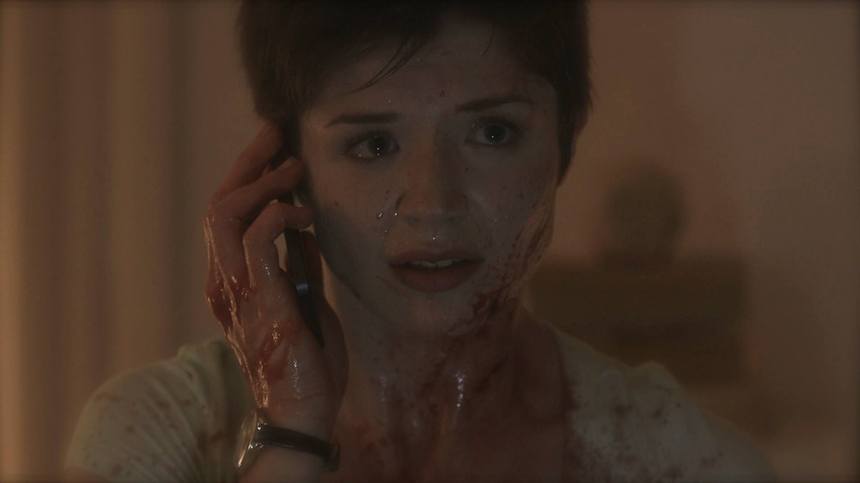 What do Vincenzo Natali, Ginger Snaps 2 and Orphan Black episode director Brett Sullivan and Rodrigo Gudino have in common? All three are part of the inaugural season of Darknet, a new transmedia series arriving online and on Canadian cable based on Japanese TV series Tori Hada.

Toronto.  August 14, 2013.  Principal photography will wrap on August 16 on the Copperheart Entertainment produced Darknet, the Canadian horror anthology web and television series designed for the 21st century internet mindset.  Darknet is adapted from the cult Japanese television series, Tori Hada, by Vincenzo Natali (Haunter, Splice, Cube) and Steven Hoban (Haunter, Splice, Black Christmas, Ginger Snaps).  Darknet is an experimental hybrid web and television series in which fans will be able to contribute their own scripts and even upload fully completed segments to the web after the first six prototype episodes have been unleashed on the world this fall.

The pilot episode of the series goes online in September at www.superchannel.ca and www.darknetfiles.com, followed by a broadcast premiere of the series in early 2014. To launch Darknet, Rue Morgue Magazine will host a panel on August 24, 2013, 11:15 AM in Room 703 at Toronto Fan Expo (Festival of Fear), featuring Executive Producers/Directors Vincenzo Natali and Steven Hoban, Director Rodrigo Gudiño, and cast David Hewlett and Michelle Alexander.  At that time there will be a sneak peak of the first Darknet trailer.

The prototype season of Darknet consists of six episodes that weave together bite-sized servings of urban horror.  These episodes will appear exclusively in Canada on Super Channel, and segments will be made available to fans at the Super Channel and Darknet websites.  Darknet offers snippets of people's lives being interrupted by vivid instances of unexpected violence or shocking strangeness.  Shot in a visceral style that cranks up the creep factor, viewers become part of the Darknet, a mysterious closed network of disturbing imagery and stories that exist just under the surface of our ordered and safe society.

Do you feel this content is inappropriate or infringes upon your rights? Click here to report it, or see our DMCA policy.
brett sullivandarknetorphan blackrodrigo gudinovincenzo natali