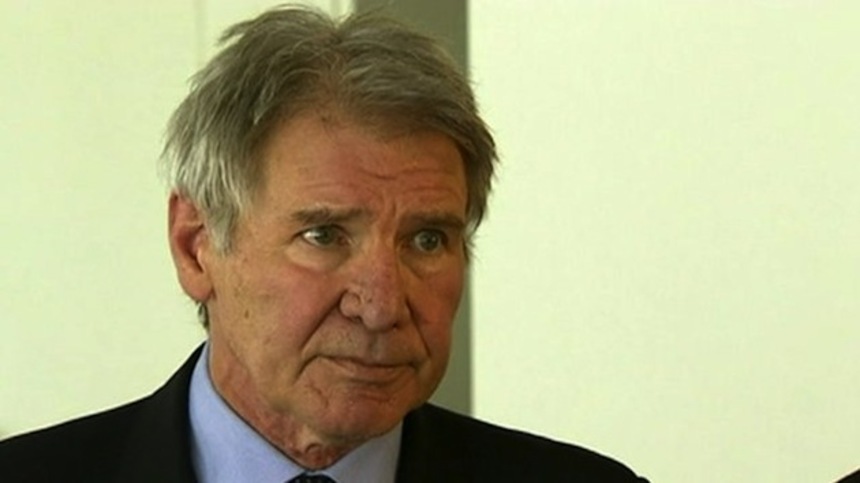 And with a tweet it was so. Of course, there's so much we don't see behind the scenes, but Expendables mastermind Sylvester Stallone took to his Twitter today to make a double whammy of an announcement with this exclamation laden tweet:

What Ford's role is in the Patrick Hughes directed threequel has yet to be revealed, although knowing Sly and these movies, he's going to be playing a surly, older gentleman who used to kick a lot of ass. Still, one can hope Ford will finally be getting that shot at playing one half of a Siamese twin mime duo, can't they?

Meanwhile, Willis stepping down from his nearly cameo status role is by no means devastating news as it seems actors enter and exit the Expendables bus like it's public transportation. Still on board are Expendables old hands Dolph Lundgren, Jason Statham, Terry Crews and Randy Couture, with the likes of Wesley Snipes, Steven Seagal and Jackie Chan joining them to face off against villainous Mel Gibson (wait, is that a pleonasm?).