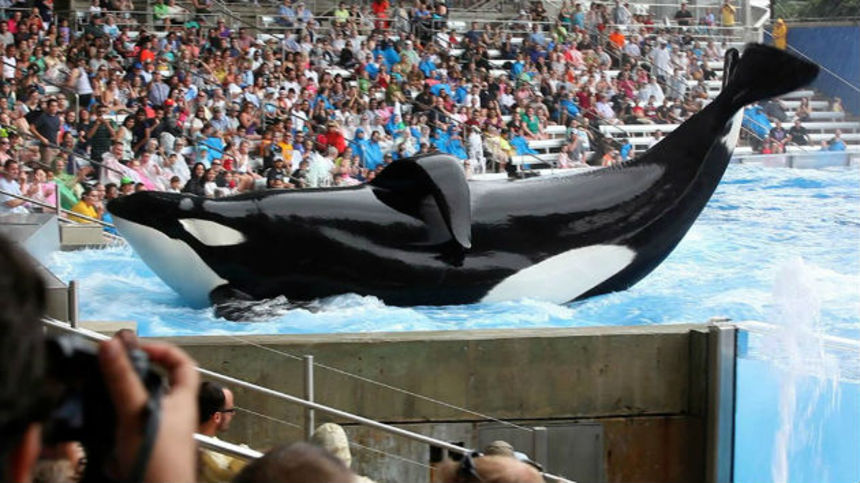 The latest documentary from Gabriela Cowperthwaite chronicles a series of injuries and deaths at SeaWorld theme parks by their captive orca whales. The main through-line of Blackfish is the case of Dawn Brancheau, a senior animal trainer and safety guru at the Orlando park, who was unexpectedly killed in 2010 by Tilikum, an orca that is both the most dangerous and treasured asset of SeaWorld Parks and Entertainment.

The story begins with Tilikum's capture off the coast of Iceland and subsequent journey to SeaLand of the Pacific, a now defunct marine theme park in British Columbia. From the first interviews of the documentary onward, one immediately starts to question the morality of removing these magnificent creatures from the wild and displaying them for our entertainment. Research over the last several decades has shown how smart, emotionally caring, and peaceful these whales are. There are zero reported cases of orcas ever attacking a human in the wild.

In captivity, however, the situation is very different. Orcas at SeaWorld have attacked and killed several people, all covered up by the company, who blamed mistakes by the trainers and not their business-focused practices, subpar facilities, and incomplete safety regulations. Blackfish includes a multitude of interviews from former SeaWorld trainers, OSHA expert witnesses involved in the investigations of the deaths, marine biologists, and even some of the men involved with capturing Tilikum in the early 1980s. SeaWorld declined to be interviewed.

The documentary is tightly edited and well structured. The footage the filmmakers found is impressive. Some of the footage of the attacks is so frightening that it's hard to watch. Most of these clips are shown without sound, I suspect because the screams and frantic splashing would be far too intense. Fortunately, these scenes are few and far between.

The interview subjects are charismatic, interesting, and articulate. There is a impressive amount of information given in this 90 minute film -- but it doesn't feel overwhelming. Considering how sad the subject matter can be, this movie is surprisingly entertaining and enjoyable to watch.

This movie is sure to be compared to fellow Sundance alumni The Cove. However, there is one important distinction that must be noted. Those who found The Cove too horrifying to watch, might expect to feel the same about Blackfish. They shouldn't. The Cove showed humans brutally slaughtering dolphins -- a sickening sight. Blackfish, on the other hand, shows clips of animals acting out by attacking humans -- and for whatever reason, this is much easier to stomach.

Unfortunately, the biggest problem with Blackfish is that it feels too one-sided. SeaWorld is made out to be villainous in every way. However, during the Q&A after the film's debut at Sundance, several of the interview subjects talked about how they don't want to condemn SeaWorld, but instead want them to evolve. SeaWorld does a lot of good for educating the public and inspiring children's fascination with sea life. This is important, and had it been expressed within the documentary, it would've made the argument against the worst practices of SeaWorld much stronger. 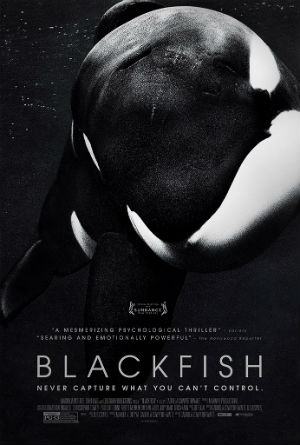 The other problem I have with many documentaries of this ilk, is their lack of "what's next in this fight." It's a decision that every issue-based documentarian must make. Is this purely informational or can it be a call to arms? Cowperthwaite opted for the former, which, for my money, is the wrong choice. One finishes this documentary feeling saddened and helpless. There is no talk of what is being done to rectify the situation and no information about what the viewer can do to help.

The Cove was very much a call to arms and it had a profoundly positive impact on the practice of the slaughtering of dolphins in Japan. I truly hope that Blackfish can achieve the same, despite its journalistic remove. There are immoral atrocities going on that few know about, but that must be rectified. To take on a juggernaut like SeaWorld, the best hope is to not only bring awareness, but to start a dialogue between the experts, the fans, the animal lovers, the trainers, and the company itself.

Blackfish has the potential to take our society on the first step in the right direction -- but only if it gets seen. Luckily, the solid solid storytelling makes for a compelling and entertaining documentary that has the potential to spread across the globe --- just like the SeaWorld franchises it's working to fix.

Review originally published in somewhat different form during the Sundance Film Festival in January 2013. The film opens in select theaters in the New York and Los Angeles on Friday, July 19, before expanding across the U.S. in the following weeks. Visit the Magnolia Pictures for theaters and playdates.

Do you feel this content is inappropriate or infringes upon your rights? Click here to report it, or see our DMCA policy.
Dawn BrancheauDocumentaryGabriela CowperthwaiteorcaSeaWorldEli B. DespresTim ZimmermannTilikumJohn HargroveSamantha BergMark SimmonsDrama