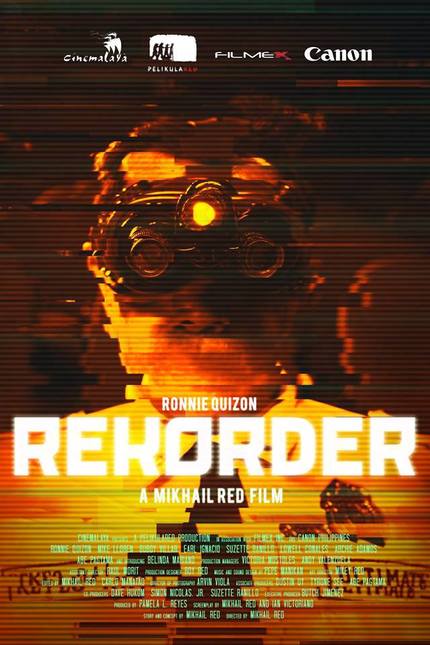 Mikhail Red, it would seem, has mastered the art of the tease. The Filipino director has his upcoming film Rekorder about to debut as part of the prestigious Cinemalaya festival and two teasers into the promotional campaign I am still no clearer about what is actually happening in the film while also completely and totally hooked by the imagery.

REKORDER tells the story of a former 1980's film cameraman who currently works as a movie pirate operating in present day Manila. He routinely smuggles a digital camcorder into movie theaters in order to illegally record films. One night he records something else... And the footage goes viral.

The first teaser clocked in at just 18 seconds and has now been followed by a second effort weighing in at a whopping 34. But sometimes it's quality over quantity and that's very much the case here, in what promises to be an intriguing indie thriller.