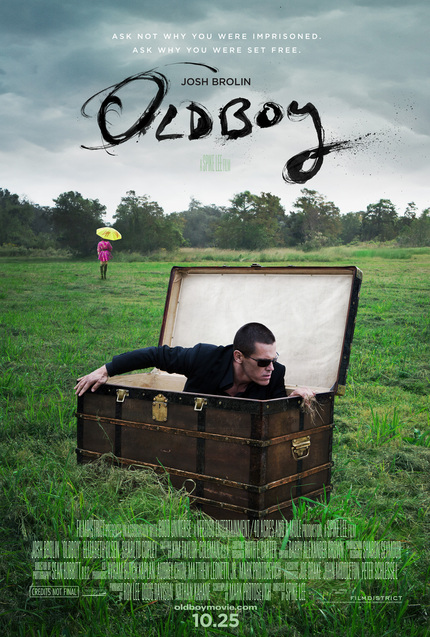 Spike Lee's spin on Oldboy hits theaters screens October 25th, at which point the dissection of how much the film is a straight remake of Park Chan-wook's violent opus versus how much it calls back to the source manga (as producers have promised it will do) versus how much is totally new (ditto) will begin in earnest. But for now? Now you can cast your eyes on the official theatrical one sheet.

OLDBOY is a provocative, visceral thriller that follows the story of an advertising executive (Josh Brolin) who is abruptly kidnapped and held hostage for 20 years in solitary confinement. When he is inexplicably released, he embarks on an obsessive mission to discover who orchestrated his bizarre and torturous punishment only to find he is still trapped in a web of conspiracy and torment.

Co-starring Elizabeth Olsen and Sharlto Copley, OLDBOY was directed by Spike Lee, from a script by Mark Protosevich (I Am Legend, The Cell, Thor). The film was produced by Roy Lee, Doug Davison and Nathan Kahane.

Rather than going the all-too-common photoshop route with this one FilmDistrict have used a still shot from the film itself with the text in Brolin's actual handwriting. Click the image below for a large version. 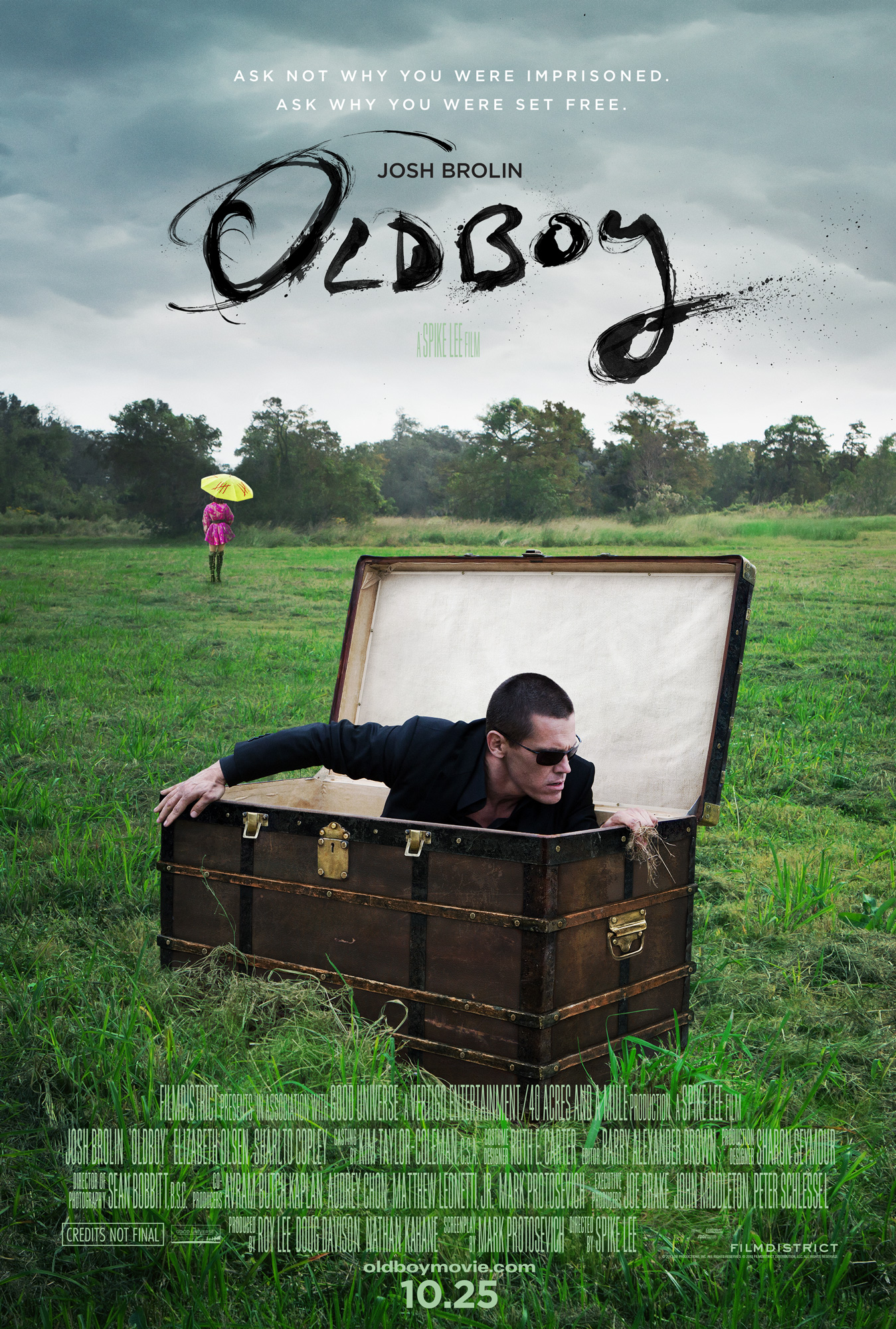 Do you feel this content is inappropriate or infringes upon your rights? Click here to report it, or see our DMCA policy.
elisabeth olsenjosh brolinoldboypark chan-wookposterremakesharlto copleyspike lee

Hell yes. Looking forward to this one.

So they cleaned him up and shaved him before setting him free? Was hoping for a 20 year beard on Josh Brolin.

this poster is retarded. He looks like Neo. Still, I have hopes....

I am looking forward to Josh brolin acting when the antagonist threatens to reveal his identity to the lady.

Well, that's super cheesy and it makes me think of mimes, but Spike Lee + Josh Brolin means it has to be interesting, so...

This is going to suck more than a bangkok slut. awful