Hey Melbourne! Prepare Yourself For Season 2 Of Cinema Nova's Cultastrophe 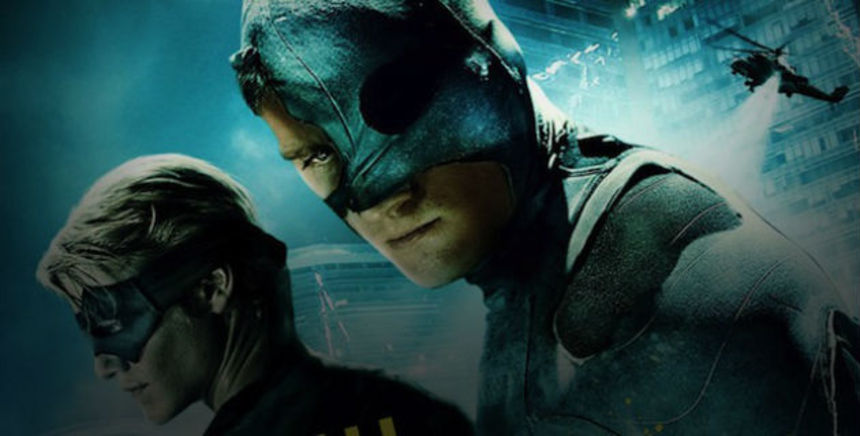 A few months ago, Cultastrophe launched at Melbourne's Cinema Nova. The program has generally been a success and has excitingly showcased a diverse and eclectic mix of films from around the world. Curators Zak Hepburn and Ben Buckingham have revealed season two's line-up, and it is without a doubt a tighter and more exciting selection, guaranteed to thrill. There are some personal favorites, a Melbourne premiere and even a bucket-list title I cannot wait to see. Here is the full line-up!
The following program for the second season is as follows:
16 August: All Superheroes Must Die

Four masked avengers of a now-defunct superhero team are reunited when they are stripped of their super powers by their arch-nemesis Richshaw (James Remar) whom they defeated years earlier...or so they thought! When the sinister mastermind puts the heroes through a series of brutal challenges, the former teammates must battle the clock - and each other - in a race to stop a deadly countdown that could mean total destruction. This film is a DIY superhero shout out and a breath of fresh air in this era of modern block busters.

Melbourne premiere! In the final days of World War II, a battalion of Russian soldiers find themselves adrift in enemy territory. Stumbling upon a village decimated by an unseen terror, they discover that a mad scientist (Hellboy's Karel Roden) has been conducting experiments to fuse flesh and steel, creating an unstoppable army of undead soldiers. Leaderless and faced with dissension amongst their dwindling ranks, they must find the courage to face down an altogether new menace - or die trying. This impressive horror fusion film employes gooey practical SPX monster make-up and a playful wit offering a great update on the alternative WW2 sub-genre.

A rare opportunity to see a classic and a new subversive slasher epic, back to back for the first time in Australia!

As one of the many first generation slashers that arrived in 1980, none are more sleazy, disturbing and down right creepy than Bill Lustig's Maniac. Murderous madman Frank Zito hits the streets of New York City in search of his next victims, mainly women who remind him of his abusive mother.

Following this is the new take on the original featuring Elijah Wood as Frank, a disturbed young man suffering from childhood trauma and abuse at the hands of his mother. Now the owner of a mannequin store his world is turned upside down when he meets Anna, a young artist who asks for his help with her new exhibition. Their friendship unleashes the killer inside Frank and he begins to stalk the streets in search of victims to provide the hair and scalps for his mannequins. This updated version is a chilling slice of savage cinema with a stunning performance by Wood. Special video introduction from filmmakers!

Heavy Metal Parking Lot; 1986 indie filmmakers John Heyn and Jeff Krulik wandered around a Maryland parking lot armed only with a video camera, seeking to capture footage of Judas Priest fans in their native habitat. Among their muscle cars and between sips of beer, the feather-haired followers of Priest put on a show rivaling any entertainment occurring inside the stadium that night.

God Bless Ozzy Osbourne; pulls the black curtains open on the man known as the Prince of Darkness. Four decades Ozzy has endured as a rock icon known as much for his trademark personality and offstage antics. With his rise to fame and money and his self-esteem issues, everything eventually took a toll on Ozzy as he embarked on an epic binge that would last 40 years.

One of two bucket-list titles for me. Savagery collides with the brutality of the modern world in Ruggero Deodato's timeless slice of visceral horror. Anthropologist Harold Munroe travels into the green inferno of South America's rainforest in an attempt to find a documentary crew lost months before. Instead of survivors he discovers a world of cannibalistic tribes beyond his wildest imagination. Remastered in HD from original sources - and the first ever Director's Cut, Cannibal Holocaust is still the most controversial film ever made.

The second on my bucket list (to see on the big screen), and one of my favorite movies of all-time! Perfect Blue explores the voyeuristic modern-day obsessions with celebrity and identity. Mima Kirigoe is a squeaky-clean Japanese pop singer who decides to leave the music industry and try her hand at acting. Finding her way in her new field proves to be difficult as she is forced to take humiliating work in perverse low-budget films. Mima is stalked by an obsessed fan who is irate at her decision to abandon her successful music career and then things get much worse when a series of bloody murders happen. Meanwhile, a mysterious internet blog claiming to be written by "the real Mima" reports personal information to a leering public eye, and she soon descends into a delusional and hallucinatory mental state.

11 October: House By The Cemetery

Shock gore master Lucio Fulci presents one of the finest exercises in zombie gore-terror. The Boyle family move into a Gothic style house by a cemetery and soon find out the place has a blood soaked past, and an even bloodier future! When they figure out the basement door is nailed shut, you'd think they would leave! Instead they stay long enough to discover a cellar-dwelling, flesh-hungry Dr Freudstein - and he is rip roaring mad!

18 October: The King Of New York

Fresh out of prison and back on the dirty streets of NYC, drug lord Frank White returns to his old territory to find it in disarray as the parasites that moved in to capture his business don't share in the same Robin Hood spirit. Soon he's violently taking out the competition, stealing their stashes and turning a healthy profit on the gear, putting it towards building a new South Bronx hospital.

25 October: The Beyond / City Of The Living Dead

To celebrate Halloween Cultastrophe lines up an insane double feature that will drag you to the very gates of hell!

11.30pm - City Of The Living Dead - A second helping of Horror maestro Lucio Fulci as he throws open the gates of Hell, unleashing a plague of Zombies...what more do you need to know?!? Presented 100% Uncut in original Italian language.

Scream Queen Barbara Steele stars in this classic slice of Gothic terror from the father of Italian atmospheric cinema Mario Bava. A beautiful witch is sentenced to death for her evil deeds by her own brother. As she passes, she puts a terrible curse on all her future descendants! Banned in the UK upon its release, Black Sunday is a ground-breaking film that opened the door for Spaghetti horror in all its gooey glory.

Where it all began - a wheel-spinning adventure of three teenagers that gets complicated when they discover a box of stolen walkie-talkies left behind by a gang of bank robbers intended for illegal surveillance. Bursting with energy and invention Trenchard-Smith presents a 80s Australian time capsule of velcro, stack hats and far fetching jumps!

15 November: Last House On The Left

The notorious film debut of future horror maestro Wes Craven, Last House On The Left chronicles four deranged escaped cons who partake in a gristly murder only to have the tables turned on them! Upon its release the film pushed the horror genre deep into new unchartered territory and signalled the dawn of the golden age of Horror film through its nihilistic representation of violence in the heartland of modern America. Last House On The Left is proudly presented for the first time in all of its unflinching, gut-churning glory.

Screenings are in Cinema Nova, Melbourne and start at 9:45 every Friday night. See you there!
Sign-In to Vote
Tweet Post Submit