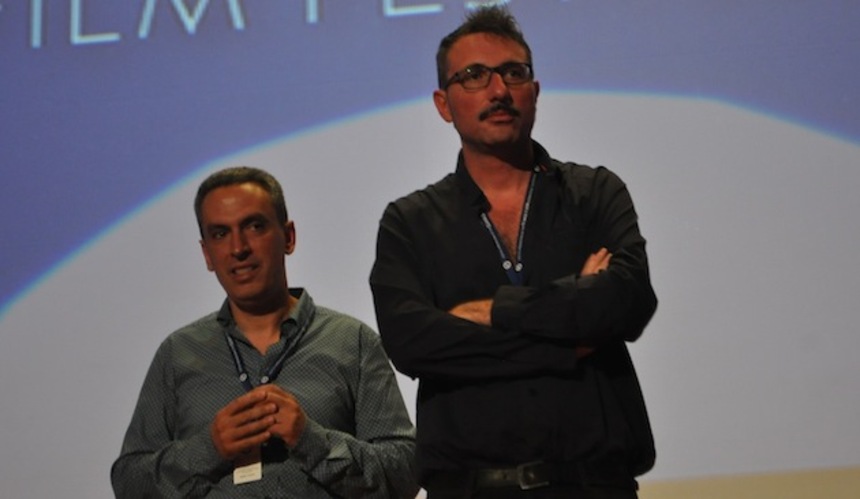 The Italian film Salvo won two of the Critics' Week Prizes at Cannes 2013 (Grand Prix and France 4 Revelation Prize) and now its directors, Fabio Grassadonia and Antonio Piazza, are presenting it at the Guanajuato International Film Festival in Mexico.

After the first screening of the film, there was a Q&A with Grassadonia and Piazza. It was almost midnight and the theater was, sadly, pretty empty. Many people left the showing, maybe because they expected a Mafia picture with action and blood. Instead, we all got a quiet gem, about a Sicilian hit man named Salvo, who could have been easily another "man with no name," and his relationship with a blind girl, sister of another mafioso.

Not many questions were asked, so here's the entire Q&A session with the Italian directors (plus some photos)!

Q. Can you tell us something about how the story of SALVO started?

Antonio Piazza (AP): The story started because we come from Palermo, the city where the story takes place. Growing up there, there was the feeling of being surrounded by blind people many times. People may be able to see but are blind.

Q. When you made the short film (RITA), you had the idea for a feature length film?

Fabio Grassadonia (FG): Actually the script came before the short film. We worked on the script, on this idea, because we've always been scriptwriters. This is our first feature so when we arrived with the script the producers said, "we want you also to write the story for a short film", to prove them that we could do something like this. We were working on the story with this blind girl, and we decided to tell it. 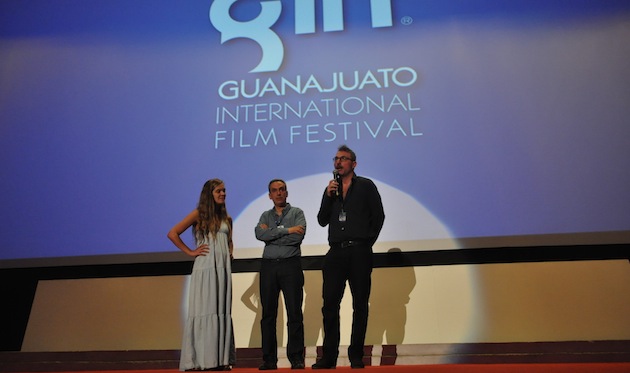 Q. How long did it take to make the film?

Q. Why is it difficult to get financing?

AP: The answer could be long and maybe boring, but it is connected to the situation of cinema in Italy nowadays, to the political and social situation. Basically if you're a first time director and you don't arrive with the conventional comedy made for television, it's extremely difficult, if not impossible, to finance a film. In our case, the Italian press was talking about the film because of the support of French television but not the support of the Italian television. They even refused to see the film when it was already selected for the Critics' Week at Cannes.

Q. I believe there's a miracle in the film. However, you decided not to show any religious image, why?

FG: It is a miracle, indeed.

From the beginning we tried to avoid all the expectation of this kind of story, all the possible cliché. We have the action story but also the miracle aspect. The reason is connected with the meaning of the miracle, what does the miracle is about. For us, it's a meeting between two dead souls. They start to see together a possibility for a new life. The world around them never knows what is going on. And this is the most precious thing of the miracle. 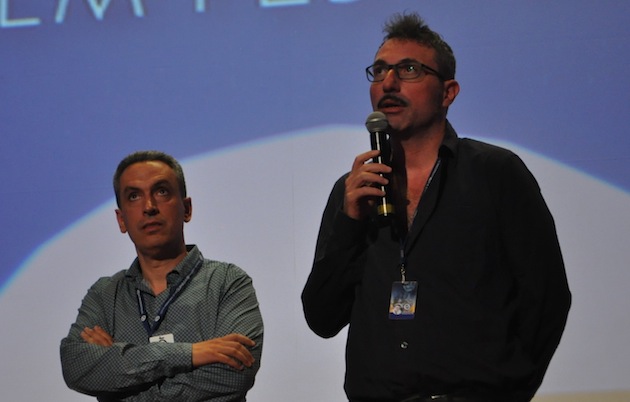 Q. There are scenes that are wonderful and terrifying, especially when the blind woman is wandering through the house. Did you use any of the Hollywood films with blind people being subjected to terror as an inspiration? And if you did, how do you make it unique for your film?

AP: Thank you, first of all.

We like to use the genre, to play with the genre. The story does starts as a genre story: action, noir, and thriller. And then when the characters fall into another story the audience is forced to follow that story as well.

To answer your question, we studied blindness for years. And of course we have seen all the movies connected to blindness. There are also wonderful American films, one with Audrey Hepburn (Wait Until Dark). There's also a very beautiful film with Mia Farrow (See No Evil), and beautiful Asian films. These are all inspirations to us.

How do you make it original? This is a question for every filmmaker but in our case it was very important to try to stage the point of view of a blind person from the blind person, instead of putting the black screen. The short film was for us like a test, we always follow with a close-up this blind little girl (in the short film she's 10 years old). Don't let the audience see because she doesn't see.

And here a lot of the story is out of frame with the sounds. The image and sound are equally important, and it was our way to be original.

Do you feel this content is inappropriate or infringes upon your rights? Click here to report it, or see our DMCA policy.
Antonio PiazzaFabio GrassadoniaGIFF 2013Guanajuato International Film FestivalSalvo