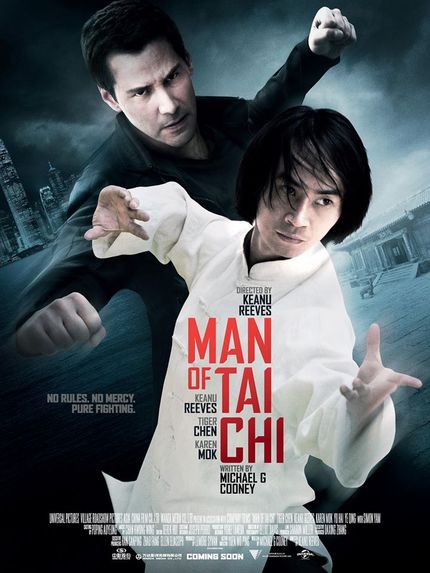 More behind-the-scenes videos for Keanu Reeves' directorial debut Man of Tai Chi have arrived via Mtime, with one focusing on the making of the fight scenes. Among the stunt team responsible for designing the fight scenes is veteran action director Yuen Woo-ping and Chad Stahelski, who worked with Reeves before as the martial arts stunt coordinator and stunt double in The Matrix Trilogy.
As the titled implies, Tiger Chen will utilized the art of Tai Chi to battle an assortment of fighters including Steven Dasz, Jeremy Marinas, Brahim Achabbakhe, Ocean Hou and Iko Uwais. The fight scenes will showcase various martial arts style including Shaolin Kung Fu, MMA, Taekwondo and Silat.

The film is due for theatrical release in China on July 5. You'll find two behind-the-scenes videos and some showreel footage of the stunt members embedded below.
Sign-In to Vote
Tweet 0 Submit

Exclusive: J.R. "BOB" DOBBS AND THE CHURCH OF THE SUBGENIUS Trailer Debut