The GRABBERS Are Headed To US Shores! Grab A Pint And Watch The New Trailer! 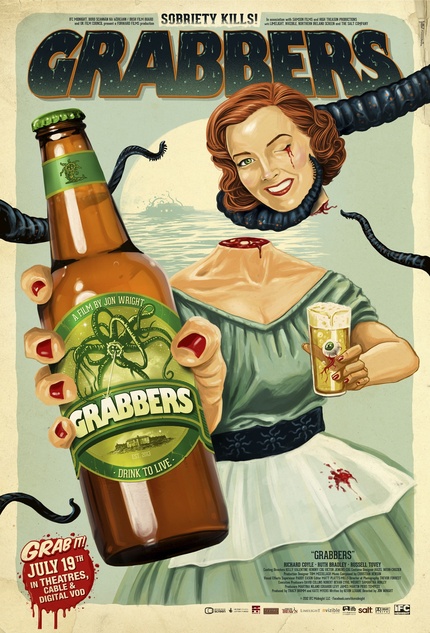 Irish horror comedy Grabbers hits US shores on July 19th and local distributors IFC Midnight are doing things up right with an absolutely fantastic new poster - click the image in the gallery down below for a large version - and an equally solid new trailer.

On Erin Island, an idyllic fishing village off the coast of Ireland, charming but somewhat work-shy Ciaran O'Shea, is tasked with greeting Lisa Nolan, a straight-laced young officer who has arrived from the mainland. Not that there is much for them to do, aside from dealing with the occasional drunk, and that's usually O'Shea himself. But strange doings are afoot: the crew of a fishing boat disappears, whales start appearing dead on the shore, a local lobsterman catches a strange tentacled creature in his trap. Soon it becomes clear to O'Shea and Nolan that there's something big out there, and that it's hungry. It's time to rally the villagers, arm the troops...and head to the pub.

Yep, the monsters are coming and they're allergic to alcohol. Drink up! 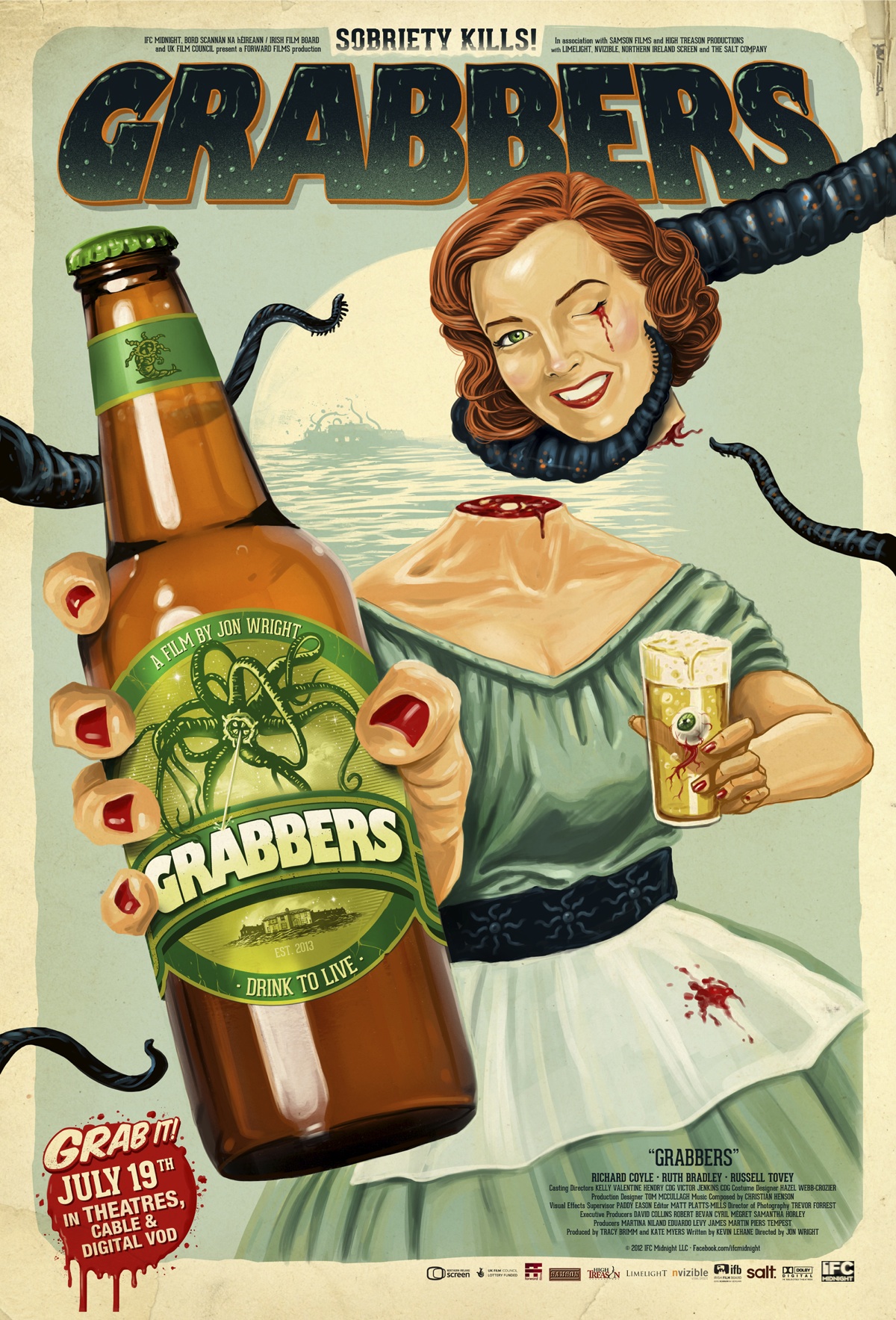