Luc Besson Has Never Been Funny. That Doesn't Stop Him From Trying With THE FAMILY. 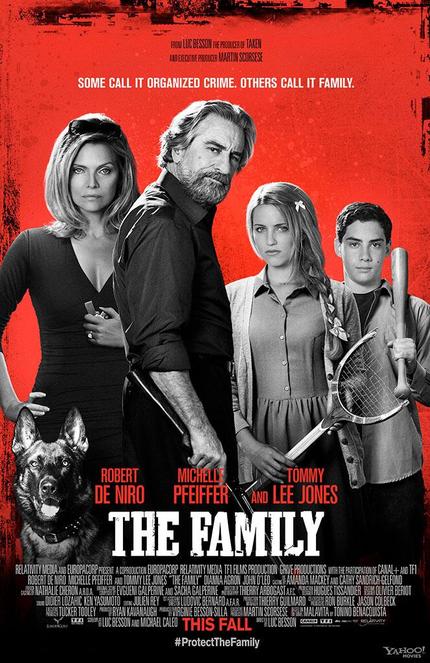 There are many things that French director Luc Besson can claim to be. Funny is not one of them. This may, in part, explain why he thought it a wise idea to cast the also remarkably unfunny Robert DeNiro as the lead in his action-comedy The Family (formerly known as Malavita). Based on the trailer, the end result is about as you would expect.

A mafia boss and his family are relocated to a sleepy town in France under the witness protection program after snitching on the mob. Despite the best efforts of Agent Stansfield to keep them in line, Fred Manzoni, his wife Maggie and their children Belle and Warren can't help but revert to old habits and blow their cover by handling their problems the "family" way, enabling their former mafia cronies to track them down.

Michelle Pfeiffer and Tommy Lee Jones also star but, really, who cares? Aint nobody going to see this when it hits screens.

Do you feel this content is inappropriate or infringes upon your rights? Click here to report it, or see our DMCA policy.
luc bessonmalavitamichelle pfeifferrobert denirothe familytommy lee jonestrailer