Spike Jonze sat down with David O. Russell at LA Film Fest for a conversation about his career. While it got off to a rather pokey start, the conversation included a few great nuggets about Jonze's past work, as well as some information about his upcoming feature Her. Jonze showed two clips of about three-minutes each of the highly anticipated film that stars Joaquin Phoenix, Rooney Mara, and the disembodied voice of Scarlett Johansson.

Here are some fun facts we learned about Her and about Spike Jonzes's career. 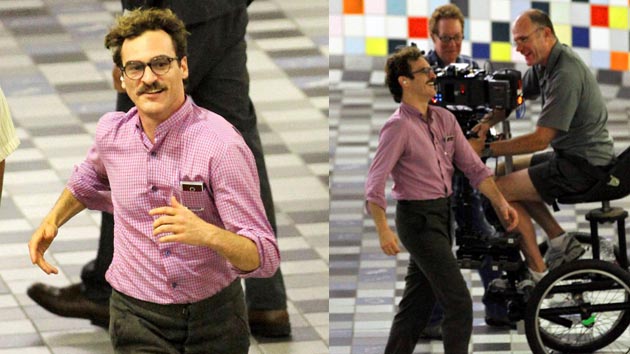 There are apparently no collars in the near future as both clips for Her featured Joaquin Phoenix's character Theodore wearing odd shirts with some sort of inside out collars. He also sports a mustache and a particularly nasal voice. 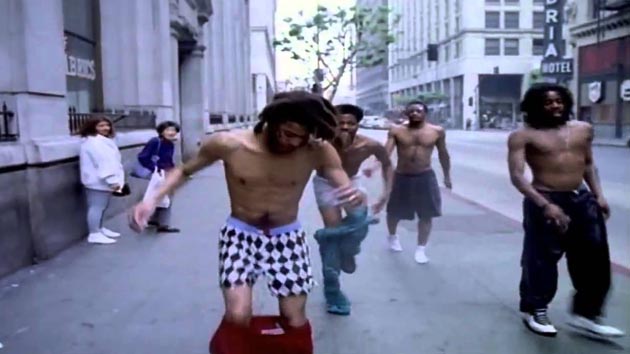 For his seminal Pharcyde video "Drop" that was shot completely in reverse, Jonze hired a linguist from UCLA to help the rappers learn to mouth the backwards lyrics. 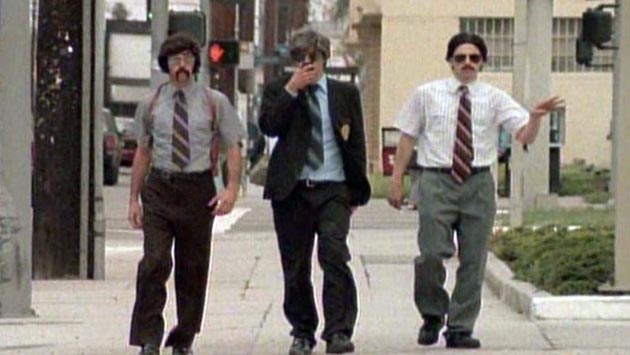 After being unable to get his feature adaptation of Maurice Sendak's Harold and the Purple Crayon off the ground, Jonze moved to New York where he lived on Beastie Boy Mike D's air mattress. Together the pair worked with the other two Beastie Boys to develop a script for another feature that never came to be. 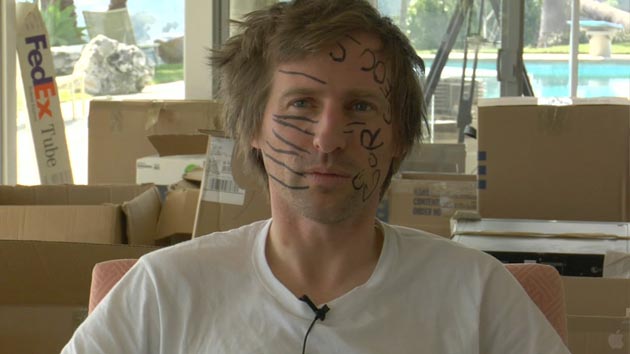 Her takes place in a slightly future version of Los Angeles. While all of his films have shot at least partially in the city, Her is the first to be set there. 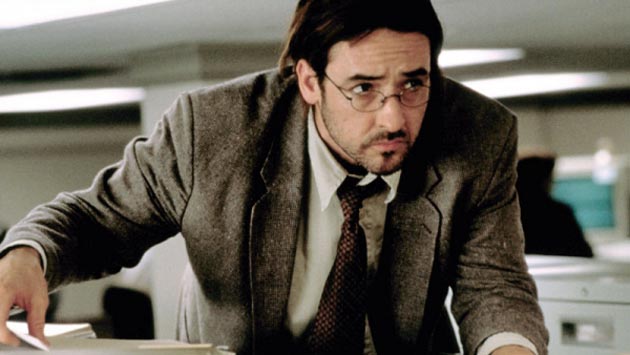 After watching the first cut of Being John Malkovich that Jonze had shared with John Cusack, the veteran of some 35 films told the first time director, "You've got a lot of work to do." 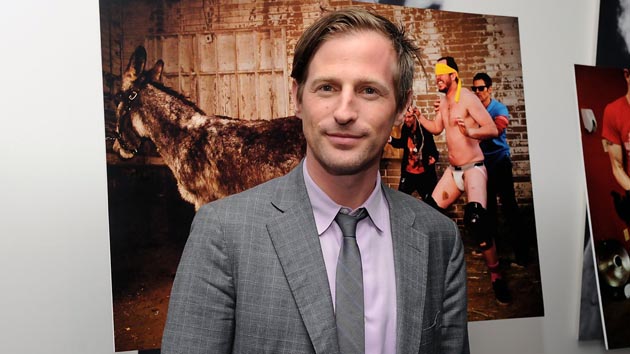 The first clip from Her features Theodore installing the Operating System One software to his home PC. The male-voiced software asks him a series of questions about how he hopes the OS will help him simplify his life. After Theodore answers that he prefers a female voice, the software reinitializes with Scarlett Johansson's voice. She tells him her name is Samantha, a name she has just made up when he asks. She then suggests he deletes a number of his emails from an old job that Theodore has kept around in case they had anything comedic in them. Samantha saves a handful that she finds funny and deletes the rest, leaving Theodore already a bit less burdened. 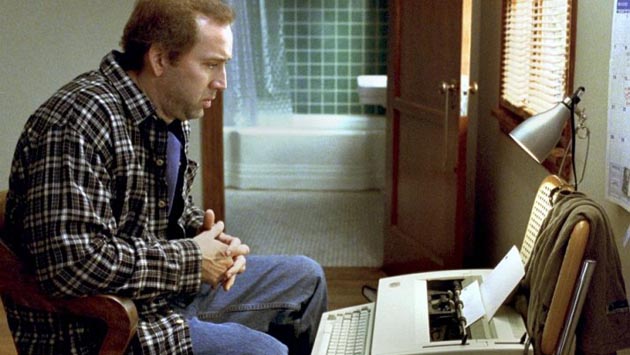 Spike Jonze is famous for the long post production periods on his films. During the 13 months of editing on Adaptation, the team produced over 30 distinct cuts of the film. 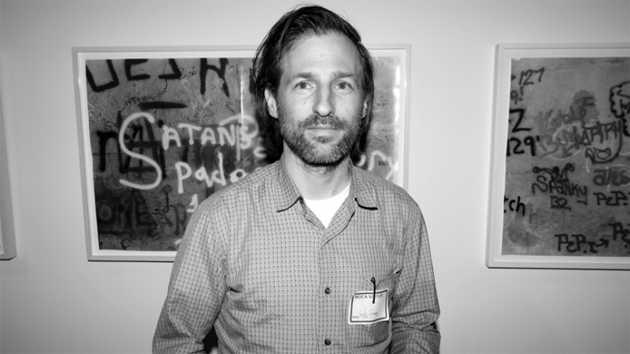 The second clip of Her gives much more detail on the melancholic tone of the film. Theodore lies on the beach with an earbud in, chatting with Samantha (a small device can be seen in his shirt pocket). Theodore has obviously grown very close to Samantha and the two discuss love. We see flashbacks of Theodore's former wife Catherine who is played by Rooney Mara. As he rides what seems to be an air-train back over Los Angeles, Samantha makes a poignant statement to Theodore that, "The past is just a story we tell ourselves." This would seem to get to the point at the heart of the film. 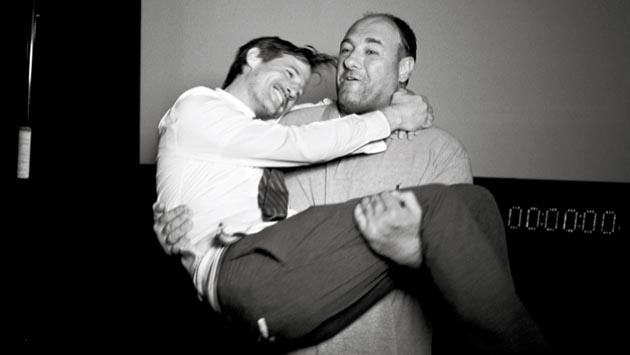 Before shooting Where the Wild Things Are, Jonze had all the voice actors record their dialog by acting out the monsters' parts on a soundstage covered in mismatched shag carpeting and makeshift props. James Gandolfini arrived the second day and woke up everyone on the soundstage with his bombastic performance, bringing a dynamism to his character and cementing his role as the spiritual father of the project. 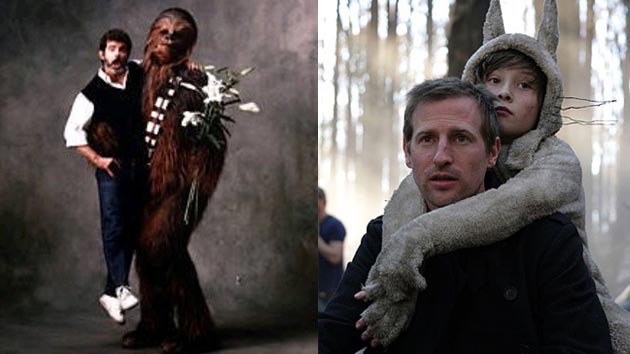 One of Jonze's most anticipated moments on Where the Wild Things Are was getting to cuddle with the created creatures a la the photo he had seen of George Lucas cuddling with Chewbacca. 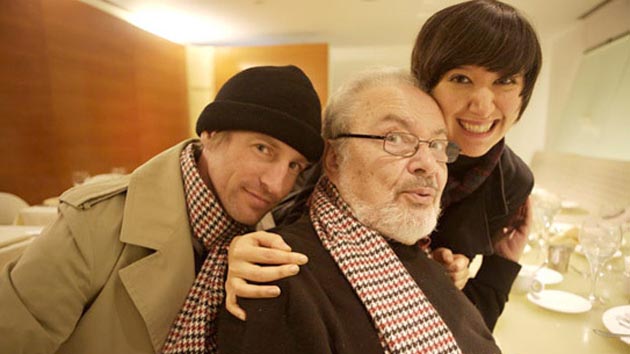 Jonze became close with Maurice Sendak while working to adapt Harold and the Purple Crazyon. Jonze traveled to see him at his home in Connecticut about once a month after Where the Wild Things Are until Sendak's death in 2012. Together with Lance Bangs he made a documentary about Sendak called Tell Them Anything You Want: A Portrait of Maurice Sendak. 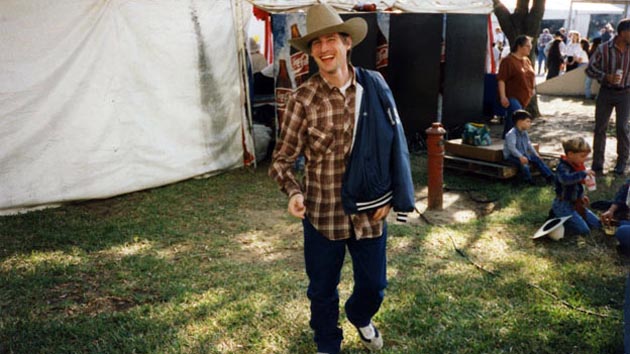 Jonze revealed there are still scenes from Her that have yet to be shot, making a debut at Toronto a bit questionable. The film is currently set to be released by Warner Bros. on November 20, 2013.

Do you feel this content is inappropriate or infringes upon your rights? Click here to report it, or see our DMCA policy.
herjoaquin phoenixla film festivalspike jonze