A Talk With THE COMPLEX Director Nakata Hideo. Part 2 of 2: The Celluloid Fetishist! 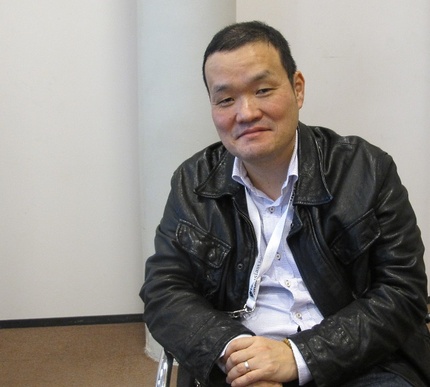 A few months back, the International Film Festival Rotterdam welcomed the Japanese director Nakata Hideo as a guest, famous for horror films like Ringu, Dark Water, and The Complex.
Twitch was allowed an interview with him, the first part of which can be found by clicking this sentence.

With The Complex about to receive its North American premiere as part of the New York Asian Film Festival, we're happy to share the second part of that conversation now.

ScreenAnarchy: You are one of the people who made J-horror famous in the west. "Ringu" became famous in the whole world, and so did "Dark Water" later on. You helped shape the genre into what it is now. What is your impression of J-horror in the last few years? It seems to have moved from mood-pieces in the late nineties, to a bit more flashy, special-effects-driven cinema these days.

Nakata Hideo: Well, the last five, six, several years in J-horror have probably been a bit... quiet [chuckles]. But, you know, there are always waves, and as long as people want to be scared...

So there will be a time again when... I don't know whether we'll again call it J-horror, but maybe we should just wait for another five, six years.

Do you think the J-horror genre has been a bit done-to-death by now? You had so many followers, from so many countries...

Yeah-yeah, yes. What happened was: in the seventies we had The Exorcist and The Omen, in the eighties we had Evil Dead, and in the nineties... I think American audiences got a bit bored with splattery horror. And at that time, for a while the Asian "quiet" horror probably looked very interesting and new to them.

You just made "The Complex". Were you apprehensive about returning to this genre? 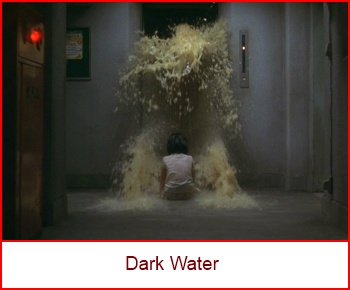 Yes, because this was about an apartment. So I did my best not to make it look like Dark Water, as that is also set in an apartment. It's not exactly that I was apprehensive, it's... well, I try not to repeat myself.

And this was kind-of the first film that I shot on digital. I had shot bits previously in HD on 2k, but this was the first one where we really used digital.

Did that give you more freedom? Is it a big difference from shooting on film?

You know, I definitely prefer making a film with film. With digital, we had problems with the black levels. The range wasn't big enough when compared to celluloid. The blacks almost look like greenish, grayish black. Whereas with film, if you don't have much light, you get this reach... a deep, silky, almost shiny black. That silky black... we cannot yet achieve it on digital.

But Fuji-film is going to quit producing film, and so will Kodak, unfortunately, in three years. They will maybe still produce some negatives for the archives, but not for us directors. You know, it's such a great pity, but the cameras, and film itself, will be gone. Soon you can only watch them in museums and archives.

And you cannot touch a digital image, right? I cannot touch the film. When I made my latest documentary, I edited it myself. And it's like a fetishism [laughs]. To smell the film, and to touch it, it's just such an experience. With digital, we lack this physicality of making film.
Even with real film, we now edit the film digitally, so... [sighs]. I just hope I can make one or two more films, on real film.

But sure, there are also advantages to shooting on digital, to recording the image on a card. You can now shoot like, what, up to 60 minutes in one take? And you can check the image immediately, so when I'm not sure about the acting, I can just look it up. Those are two good things.

The bad side is: this can make people lazy about the lighting. With digital cinema people often think that they can fix problems afterwards. 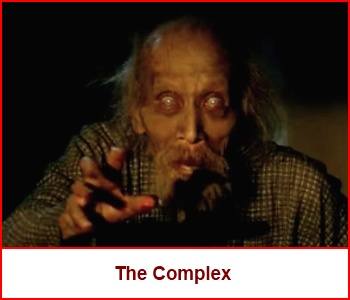 I have the same thing with my camera, I now sometimes just shoot a bad picture and imagine I'll fix it on my computer afterwards.

And I notice you're using the exact same photo camera as myself. [we both laugh]

You mentioned your work in documentaries. You've made "A Foreign Filmmaker's Guide To Hollywood", and a film about Masaru Konuma and SM. What do you prefer, a narrative or a documentary?

Well, both. I mean, as a film-goer at college, I really loved watching those documentaries about different social issues. So yes, I'm a feature film director, but when I make a documentary, it's my work of passion. I don't care about how much money it will make. And I use... [chuckles] basically, I have to use my own money when I make documentaries. Except for the Konuma one, that film was financed by Nikkatsu.

Two years ago, for the first time, I dealt with a social issue. The tsunami disaster. I couldn't help but do something about... about the aftermath. But still, whenever I finish my documentaries, I have to say that I'm just not... good, at making documentaries. [we both laugh] But it's a passion, I love doing it.

Still, I haven't yet seen "The Last Scene" but keep hearing it's great.

What, The Last Scene? That is a feature film.

Oh, apologies! My mistake. I heard it was about the film industry, so I assumed that...

[laughs] No, it's a feature. It is about an old actor who comes back to film. He used to be a star at the major film studios. He was a playboy-figure who made his wife unhappy, cheated on her... But after he learned his wife got killed in a car accident, that made him fade away from the industry. And now, forty years later, he returns to his former film studios, on almost an "extra" job. He plays an old cancer patient in the last phase. And while he is dying in the film, he strikes up a friendship with one of the art-department prop girls.
She wants to quit her job as well, she has no passion for it. But he somehow persuades her to stay, to continue her job.

You know, I'm a big fan of these backstage stories, like A Star Is Born. 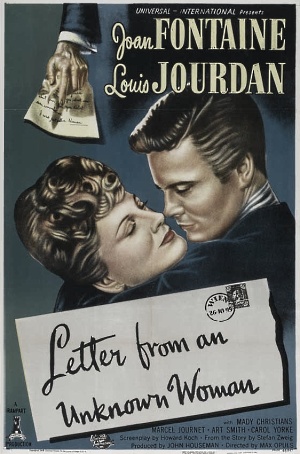 Which makes me wonder as well: do you have a specific love for horror, or is there another genre you'd really want to try?

You know, I'd say a romantic comedy or...

Really! I always ask that to people as a joke: "do you want to make a romantic comedy?" [we both laugh]

Well yes, a romantic comedy... or a tearjerker love story like Max Ophüls did, the German director who made good French movies and Caught, before colored films.

For me, the best film made in the entire movie history is Letter From An Unknown Woman. Joan Fontaine stars in it. That film is an important tearjerker love story, the kind I'd really love to make.
Nobody seems to know about it nowadays, unfortunately...


And that was all we had time for, as other reporters were lining up to speak with Mr. Nakata. I couldn't even tell him the brilliant Ringu anecdote, in which his film nearly killed a colleague of mine with sheer fright (a funny coincidence was involved...). Alas, that will have to wait until the next time we meet.

A special thanks to Vincent Ulmer and the IFFR press desk for helping to arrange this interview, and to interpreter Luk van Haute, for being there to help out whenever Mr. Nakata or me got stuck on a word.

Do you feel this content is inappropriate or infringes upon your rights? Click here to report it, or see our DMCA policy.
Dark WaterJ-horrorLetter From an Unknown WomanMax OphülsNakata HideoThe Ring