Tribeca 2013 Review: OXYANA Is A Beautiful And Savage Documentary On The Plague Of Addiction 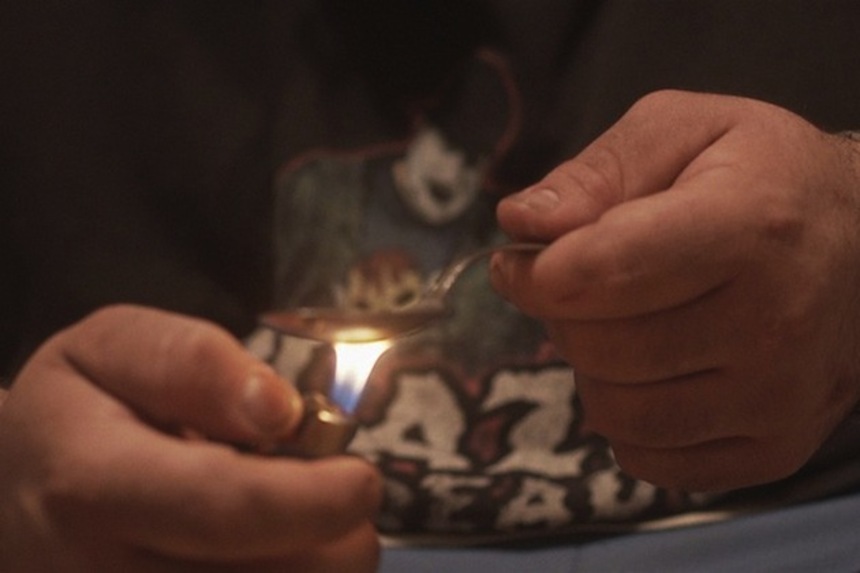 Oxyana is not a story about redemption.

The feature-length documentary from director Sean Dunne, who brought us the most revealing look at a maligned subculture with his mini-doc, American Juggalo, is just about as bleak as it gets. With content this heavy, Oxyana might have been in danger of feeling preachy, melodramatic, or even agenda-driven, if put in the hands of a lesser filmmaker. However, as he did with Juggalo, Dunne lends a truly objective yet compassionate eye to the proceedings, allowing his subjects to speak for themselves. The self-portrait they paint is stunning, harsh, evocative, and, at the risk of sounding cynical, nearly devoid of hope.

Oceana, West Virginia is a coal-mining town in the Appalachian Mountains. It's a tiny place with a small, tight-knit community. As can be expected of the American South, the people of Oceana are proud, and absorb quite a lot of the region into their own perceived identity. Unfortunately, in recent years, Oceana has become well known, neither for its beautiful, lush landscapes, nor for its ties to the mining industry. Instead, the area has been dubbed "Oxyana" by locals, alluding to the fact that Oceana, WV is quite possibly the most OxyContin-addled area on the planet.

As numerous citizens tell us, Oceana did a brisk business in coal mining. So brisk that mining corporations needed as many able-bodied men as possible to continue hauling product, and to that end, began employing the services of some less than scrupulous doctors to overprescribe highly addictive painkillers. Of course, once the town's coal trade dried up, all the business and work left the little town, but the addictions and suppliers stayed. The result is a bombed-out, shell of a town, one in which residents grimly list off family members who have died from overdose the way they might recite a grocery list, and one for which the cycle of drug abuse and the illegal trade built around it doesn't seem anywhere close to being broken.

As in American Juggalo, the narration in Oxyana is delivered solely through the interview subjects. Dunne balances the film's perspective by mixing his subjects: addicts, sober folks, older people, younger people, criminals and prosecutors all agree that something horrible has crept into the town of Oceana. The device works wonderfully, allowing the audience to be sucked completely into the blighted landscape the film occupies and feeling something akin to coaxed-out empathy. Every person interviewed seems at least marginally intelligent, and their own matter-of-fact assessment of their own predicament and the situation on the ground lends each person important credibility. Nobody in Oxyana seems to be angry or victimized (they mostly seem heart-crushingly resigned), yet everyone agrees that the town has turned into something monstrous.

The town of Oceana is clearly situated in a great stretch of natural beauty, and the way cinematographer Hillary Spera shoots the surrounding area is foreboding and beautiful at the same time. Things are helped along by a haunting score from Jonny Fritz and John McCauley that perfectly complements Spera's drifting, ghost-like camera that creeps across roads shrouded by trees and fog. The visual and audio complements are minimalistic, but extraordinarily effective, much like the whole of Oxyana itself.  The stories of the townspeople blend into one another and pile on until the entire bleak and terrible picture of a beautiful place besieged by addiction comes sharply into focus. At the end of the final interview, we're not left with much to be hopeful about, and Dunne and crew deserve credit for refusing to dress up a wholly depressing, no-end-in-sight problem with notes of a clear but troubled path towards salvation.

Oxyana is a beautiful and savage poem, a breathing document, and most importantly, a work of nonfiction executed with compassion, objectivity, and a commitment to cold, hard reality. Dunne's work is fascinating for the crevices it explores, commendable for the exploitation and sensationalism it refuses, and awe-inspiring for the  gut-punch of critical inspection it delivers.