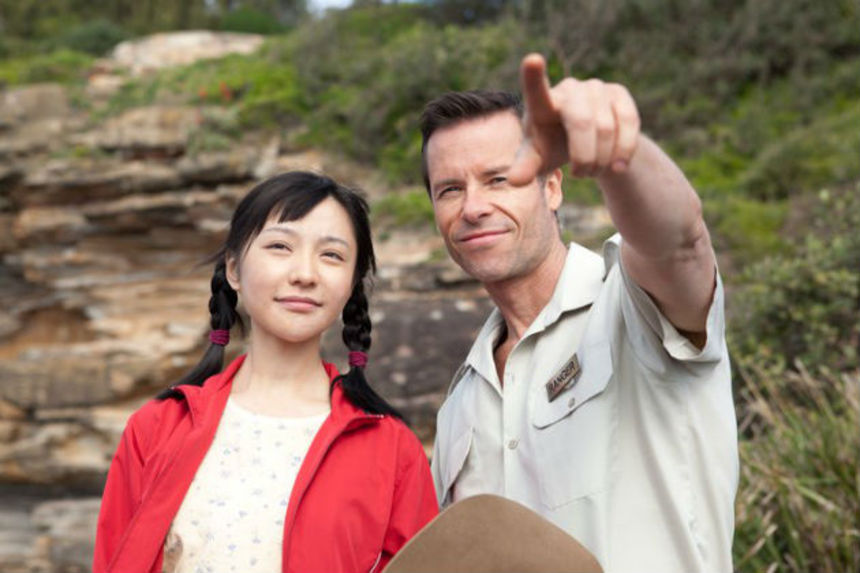 33 Postcards is a film of special significance, as it marks the first official collaboration between China and New South Wales, Australia.

Directed by Pauline Chan and inspired by real life events, 33 Postcards tells the story of a young Chinese orphan Mei Mei (Zhu Lin) who has been dreaming of meeting her Australian sponsor of many years, Mr Randall (Guy Pearce). Her opportunity comes when her orphanage travels to Australia to compete at a music festival. However, when she finally gets to meet Randall, she realises that his life is completely different from what he has described in the 'picture cards' that he sends her.

33 Postcards is not a big budget film, and the production looks at times like it is made for television. There are also some plausibility issues with the story. However, the performances more than make up for these issues. Newcomer Zhu Lin is not just beautiful, but also immensely likable. She gives a confident performance and portrays the innocence of her character convincingly. With her role, she clearly establishes herself as a talent to watch. Her award at Shanghai should not be her last, and hopefully she will get plenty more opportunities to dazzle the screen with her performances and bright smile.

Guy Pearce also stars in the film, and gives a strong performance as a man with a dark past but a good heart. It is perhaps surprising that Pearce and Zhu are so vastly different in their approaches to acting, but yet there is such fantastic chemistry between them.

In the end, it is easy to overlook the flaws and wholeheartedly recommend 33 Postcards. It a touching film that gently tugs on one's heartstrings, and is filled with sweetness, love and hope for life. Cultural differences are highlighted in a most respectful manner, and the message that people from vastly different backgrounds can accept each other and live in harmony comes through strongly and clearly.

Review originally published in slight different form during the Sydney Film Festival in July 2011. 33 Postcards opens in limited theatrical release in the U.S. on May 17. (Visit Facebook for theater listings and links.) It will also be available to watch via various Video On Demand (VOD) platforms, including Comcast, Time Warner, Cox, Cablevision, Charter, AT&T, Verizon, as well on Apple iTunes and Vudu, Visit the official site for more information.